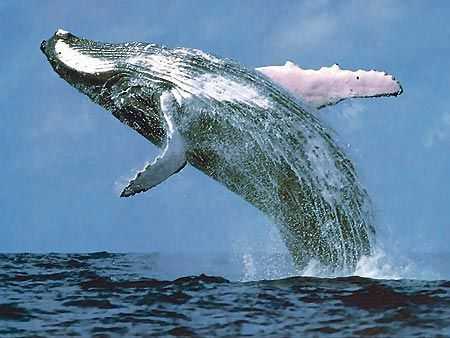 Many of my friends love to play golf, while others head off each week to pursue bass. I wished I shared their passion for these things, but I just don’t.

I’ve always preferred saltwater fishing.  It’s like Forest Gump’s box of chocolates; “You never know what you’re going to get”, or “catch”, in my case.Like the time we were bottom fishing on Vixen, and Ron Salley’s rod bowed up. Figuring he probably had another reef fish, we paid little attention, but as he continued to struggle, we realized that if he had hooked a snapper or grouper, it was a stud, so we stopped fishing to start heckling Ron.

I’m not sure why heckling is a natural response for guys fishing offshore. Freud or Dr. Phil could probably provide a better analysis, but I like to think it’s a perverse way of taking a buddy’s mind off the grueling fight and his sore muscles. This frees him up to fantasize about what to do with the rod once the fish has been landed.

While Ron battled the fish, my partner, Barry Foster, disappeared below decks. Emerging a few minutes later, looking like a redneck Jacques Cousteau in his cutoffs, he was brandishing snorkel gear, ready to slip beneath the calm waters and film the fight. With his brand-new underwater video camera locked and loaded, he stood poised to plunge off the back of Vixen, when a shout went up.

Stephen Kuljis got a good look at Ron’s fish and yelled, “Shark! Hammerhead!  Big hammerhead”! Ron’s circle hook had lodged in the corner of the shark’s mouth, thereby preventing it from cutting the line. Meanwhile, Barry had disappeared again, and that was the end of his underwater filming. While I honestly couldn’t blame him, this did not mean we cut him any slack.

On many other trips we’ve encountered huge sunfish, manta rays leaping through the air, and enormous schools of porpoises. But perhaps the most special encounters are with whales.

We’ve seen everything from small pilot whales to giant whales, the huge flukes of their tails spread wide as they sounded. My friends always ask, “What type of whale”? to which I typically reply, “Big”. I’m not too well versed on identifying whale species, but they sure look pretty big close up.

On one occasion we spotted two whales; it appeared that a female was being courted by a male, who repeatedly stood on his head and slammed his tail on the surface (as single men commonly do during their mating ritual).  I don’t know if the female was impressed, but I sure was, though not in the way he intended for the other whale, I’m sure.

On one trip, we were open water trolling 75 miles south of the Florida Panhandle when a whale began swimming off Vixen’s starboard side. It sounded, then popped up on our port side. He swam along, staring at us with an eye the size of my fist. Finally, he must have seen all he wanted to see and disappeared; or so we thought.

A moment later, line began burning off the left flat reel as the whale surfaced behind the boat in the middle of our spread and became hooked on one of our baits. Sensing that all was not right, the whale took off, swimming faster than I imagined possible, breaking the line in the process.

I hated that we had inadvertently hooked the creature, but then I thought; wow! How many people can say they actually hooked a whale?