In a fitting end to a memorable season, Reel Addiction was named the winner of the 2018 King of the Hill Tournament, according to Series Director Robert “Fly” Navarro. The summer-long contest recognizes the team that lands the largest blue marlin in sanctioned competition in the Gulf of Mexico. 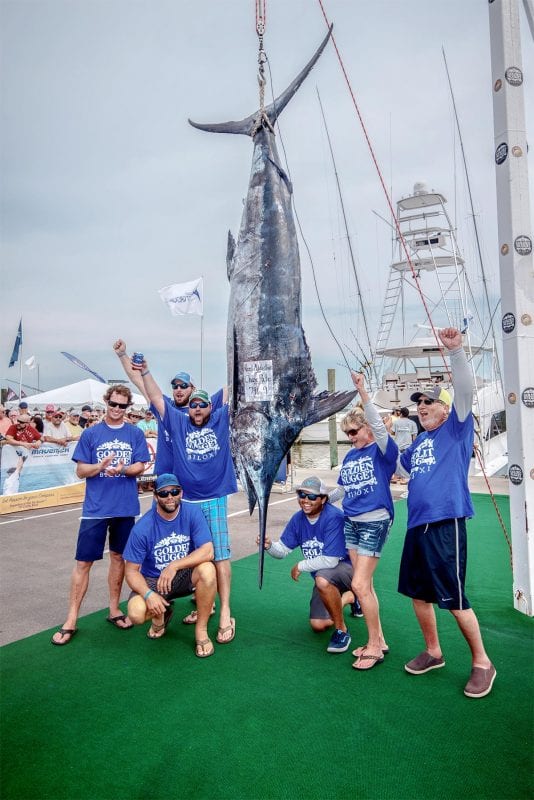 “Winning this one was on my bucket list,” Rocky Jones explained afterwards. “We won top release boat 12 years ago and I’ve been trying to win the whole shooting match ever since. We finally did it!” Reel Addiction, a 56 Viking and regular on the Gulf big-game circuit, is based in Pensacola Beach. The team is invited to compete in the 2019 Offshore World Championship in Quepos, Costa Rica, after winning the Classic.

“Congratulations to Team Reel Addiction for winning this year’s King of the Hill Tournament,” Navarro said. “They landed the largest blue marlin in the Gulf this season during a sanctioned tournament and that fish was also the third largest caught throughout the United States. They had a great season and earned a cash prize and $1,000 Grundens gift certificate as Kings for 2018. This also marks the second time the Mississippi Gulf Coast Billfish Classic has produced the King of the Hill winner.”

“When you’re the host with the most, it is inevitable the Mississippi Gulf Coast Billfish Classic produces the biggest blue marlin!” adds Robbie Carter, MGCBC Director of Marketing.

The 2019 King of the Hill Tournament Series will commence with the Mobile Big Game Fishing Club’s Memorial Day Tournament and also conclude with the club’s Labor Day event. Boats must be registered prior to the start of fishing to earn points for any blue marlin catches.