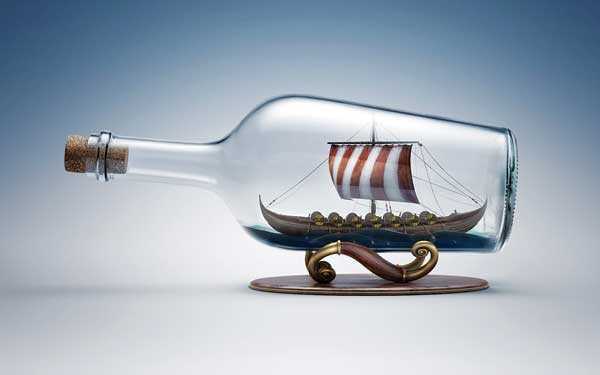 “Believe me, my young friend, there is nothing—absolutely nothing—half so much worth doing as simply messing about in boats.”

What are we to make of this love affair mankind has with vessels that transport us to and fro across the world’s waterways? Since as early as the Mesolithic age (10,000 to 5,000 BC) the human race has been drawn to bodies of water for both sustenance and serenity, and has, in the process, devised countless variations of watercraft designed to either float or plane them atop these waters. Whether propelled by human power, sails or motors, boats and boating is a way of life that has been embraced by every civilization, in every era, that has lived astride or had access to waterways since the middle of the Stone Age.

The earliest boats for which we have archaeological evidence are logboats, or dugouts—hollowed out tree trunks propelled by crude paddles dating back to the Mesolithic age. A seaworthy vessel constructed from reeds and tar from around this same time period has also been recovered in the Middle East. Aside from their use as a means to hunt and gather varied species of fish, since ancient times boats have served as a viable and economical means of transport for everything from commerce to warfare. The Mesopotamian rivers of the Nile, Tigris and Euphrates were host to a vast transportation network from 300 BC onwards. The Phoenicians—thought to be the greatest of the ancient world seafarers—advanced the art of boat building to include sailing vessels and warships that commanded the Mediterranean, but which were, eventually, supplanted by Bronze Age advances in ship construction made by the Greeks and, later, the Romans. In the East, boats made commerce viable in the Indus Valley Civilization and in its trade route connections with Mesopotamia.

When one looks at all the technological advances and materials available in boats today, it is almost difficult to fathom that, up until the mid 19th century, vessels were almost exclusively constructed from natural materials. Even the first boats built with either iron or steel frames were planked by wood. During the 1930s, boats and ships constructed with steel from frame to plating were gradually replacing many, if not most, of the world’s wooden boats used for industrial purposes—including fishing fleets. By the 1960s a new material comprised of glass-reinforced plastic, or fiberglass (Fibre Reinforced Plastic, or FRP boats) became the standard for boat construction—especially those designed for recreational use. Today, advances in FRP construction includes composites made from KevlarTM, or other similar advances in the design and manufacture of plastics.

Throughout the ages—regardless of the materials used for the construction of vessels, the means of propulsion have also advanced from the earliest types which utilized human power, such as poling, paddling and rowing, to the use of simple to extensive arrays of sails to harness the power of the wind. With the advent of steam as a means of generating power, motor powered propellers transformed commerce, human transport and warfare by vastly increasing both the speed and capacity of vessels throughout the modern world. The internal combustion engine and both inboard and outboard motors fueled by diesel, gasoline and heavy fuel oil eventually supplanted steam power. Today water jets and air fans are used to propel the ever-growing and popular personal watercraft and airboats that are available to consumers.

Common to boaters of all ages was, and still is, the necessity to navigate from one destination to another whether it is up or down a river, across a lake, or circum-navigating an ocean. The earliest navigators stayed close to shore and utilized piloting, the sighting by human eye of landmarks and particular characteristics of land masses, to get from place to place. This method was soon expanded to include celestial means of dead reckoning navigation that is still is use today, along with the use of such tools as the compass and the astrolabe. With the figurative fixing of longitude and latitude on the world’s surface, mariners were able to utilize maps in conjunction with their various tools to determine their position and course more accurately. Twentieth-century advances in navigation methods included the gyroscopic compass, radar, and Loran, or hyperbolic navigation system. Today, of course, modern boaters have only to access their GPS (Global Positioning System) to pinpoint, via satellite, precisely where they are and exactly where they’re headed.

Throughout the history of the advances of the world’s many and varied types of vessels, the spirit that drives us to enjoy boats and boating, whether for fishing or just a quit day’s escape from the hustle and bustle of our busy lives, has ever remained the same: a man, a woman compelled by some instinctual, perhaps primitive urge to leave this land we were born to and venture out there, on the water.