In the United States, we love our seafood. Thankfully, due to strong science and a dynamic management process, our fisheries are among the largest and most sustainable in the world. So no matter what coast you’re on, you can be sure that the U.S. seafood you find there is a smart choice. And just like the culture of each region has its own flavor, so does its seafood! Read on to discover what local favorites you might find around the country.

Farmed oysters are one of the most popular aquaculture species in the world and they’re an excellent choice for your next seafood dish. Oysters filter the water where they live, which removes excess nutrients and improves water quality. Growing oysters also requires no feed since they eat phytoplankton floating in the water. Unlike wild oysters, farmed oysters are available year round. They are low in saturated fat and excellent sources of omega-3 fatty acids and iron.

Oyster flavor profiles can range from sweet to briny. You can eat them raw on the half shell or cook them in a variety of different recipes. They’re delicious whether you grill, fry, broil, or bake them.

Acadian redfish, also called ocean perch, are the only fish in the rockfish/ocean perch family in the Atlantic. The fish is called redfish in New England and Canada—not to be confused with redfish from the Gulf of Mexico (which is a drum).

Acadian redfish are harvested year-round but harvests are usually largest during spring and summer in the Gulf of Maine. Their taste profile is mild and slightly sweet and their meat is medium firm, moist, and flaky.

Monkfish have a mild flavor and the tail meat is firm, dense, and relatively boneless. The meat is not flaky and has a texture similar to lobster meat. Raw monkfish meat is covered with a blue-gray membrane, which should be removed before cooking. If left on, the membrane will shrink, and the meat will curl and become tough.

Hard clam shells are thick, grey to white in color, with outer concentric growth rings. The inside of the shell is white with violet markings. Some hatchery raised clams have dark, zigzag stripes across the shell known as “notata.” Whereas oysters are often eaten raw, clams are usually cooked. Clam chowder is one of the best-known uses for hard clams, but they can also be prepared a number of different ways.

We manage five shrimp species in U.S. waters and almost all of them are primarily caught in the Southeast, from Texas to North Carolina. The three species of penaeid shrimp (white, pink, and brown) make up the vast majority of the shrimp harvested in the Southeast. It’s one of the most valuable fisheries in the southeastern United States.

Shrimp can slightly vary in taste, texture, and size depending on the species. These tiny crustaceans are one of the most versatile seafoods and can be used in a wide variety of dishes. They are available year-round and can serve as the star of your recipe or as a delicious accompaniment to other ingredients. The possibilities are almost endless! 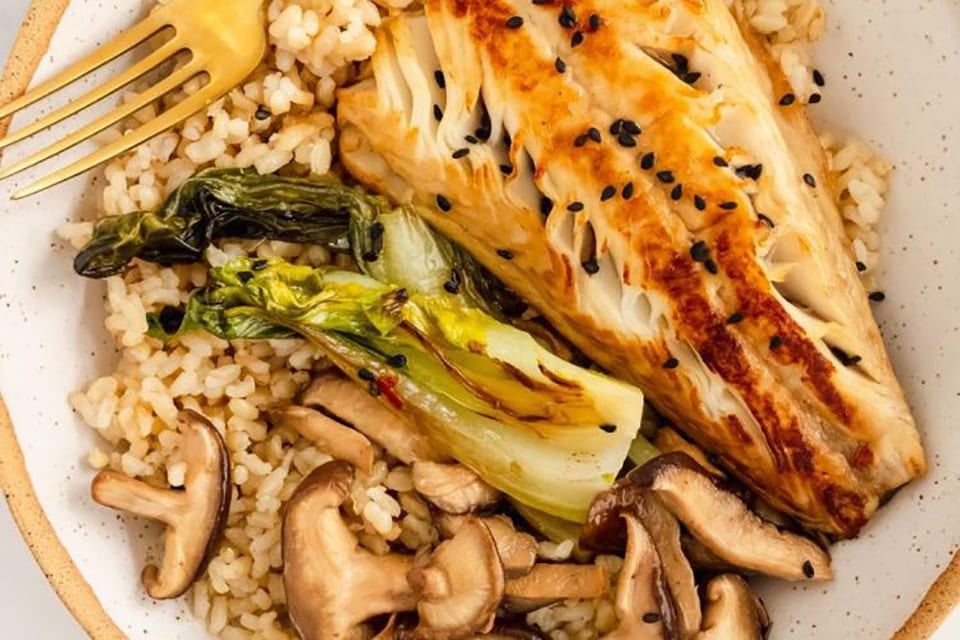 Sablefish are a deepwater species native to the Pacific Northwest. Sablefish look much like cod and are often referred to as black cod, but are not actually part of the cod family.

They are a tasty source of protein, rich in omega-3 fatty acids, and fetch a high price in local markets. The United States currently does not produce farmed sablefish commercially. However, with the species popularity and prized taste there is a growing interest in commercial farming.

There are several different wild-caught salmon species from California to Alaska. The West Coast salmon season typically starts in the late spring and early summer and runs through the fall. We work with the Pacific Fishery Management Council to ensure commercial and recreational salmon quotas are set to allow the maximum allowable catch while meeting conservation goals.

Salmon meat can range from bright red to pale pink. Although rare, some Chinook salmon meat can be white as a result of the fish being unable to process the pigment in its food. Taste also differs by species. Regardless of taste and color, salmon is low in sodium and is a good source of omega-3 fatty acids, protein, and vitamins.

Mahimahi is lean and fairly firm with large, moist flakes. It has a sweet, mild flavor. For an even milder flavor, trim away the darker portions of the meat. It is a popular fish for grilling and its mild flavor allows it to be flavored with many different marinades or spices.

Hawaii’s highly oxygenated waters are the perfect temperature for growing Kanpachi, or almaco jack, year round. Blue Ocean Mariculture, the nation’s only offshore fish farm, is located just off the rocky Kona coast. It helps provide the native Kanpachi species to meet a growing demand for seafood. The floating offshore pens can grow around 900,000 pounds of Kanpachi each year.

The fish is marked by a dark blue-green upper body and a lavender-tinted belly. Their meat is light pink and has a fresh, sweet flavor. It is a great choice for sashimi but is also delicious when cooked.

Pacific halibut are among the most valuable commercial and recreational fishery resources in the North Pacific Ocean. Approximately 95 percent of the halibut harvest is landed in Alaska. Pacific halibut is an important source of spiritual and physical sustenance for Alaskan Native communities, and is caught in ceremonial and subsistence fisheries.

Pacific halibut are typically available fresh from March to November. Their meat is very mild and sweet; when cooked, it is flaky, tender, and firm. Pacific halibut is low in saturated fat and sodium, and a good source of niacin, phosphorus, and selenium.

Sugar kelp is commercially farmed in cold water regions along the East and West Coast of the United States and Alaska. It’s high in fiber, Vitamin C, Vitamin K, iron, calcium, iodine, and magnesium. It provides benefits to the environment by removing excess nutrients and carbon dioxide. It also releases oxygen, which helps mitigate against ocean acidification.

Sugar kelp has a savory and slightly sweet flavor. When dried, it has a crunchy texture and a white sweet-tasting powder forms on the blade. Fresh kelp is available from February to May, while dried kelp is available year-round.