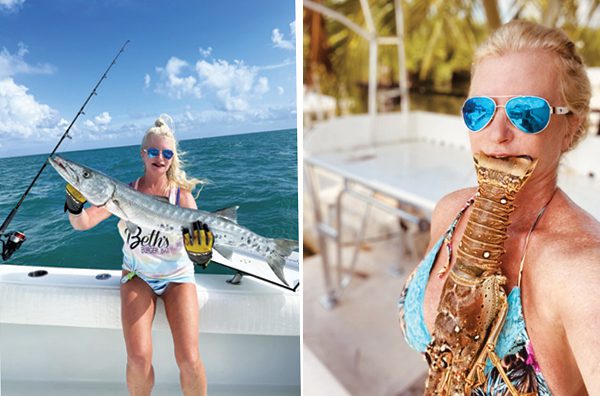 And just like that, another summer month has come and gone. I can’t begin to explain how much fun I’ve had the past few months. I’ve gotten some much needed sunshine, I’ve been able to fish nearly every weekend, and the time spent with my amazing friends has been long overdue. 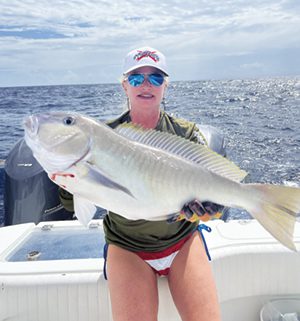 Having just gone through Mini Lobster Season, this has been one of the busiest times of the year down in The Keys. This year marks the 200th Anniversary of the first settlement in Key West. So many people make the trip every year, but this year was extra busy. The restaurants and marinas have had so much business and that’s a great thing to see! It’s also been awesome seeing pictures and posts of how many people limited out on Spiney Lobsters. The winds have been pretty bad making it difficult to lobster, however I still limited out both days during Mini Season so I can’t complain! For us anglers, it’s over now as the Commercial Lobstermen are making their way in.

Fortunately for a lot of captains, the weed lines were everywhere, making Mahi pretty easy to catch. Since it’s been windy, the seas have been pretty rough, making it challenging taking the trip offshore. I’m always up for a challenge, so becoming creative has been option B on some of the rougher days. When the seas get too rough to travel very far offshore, I like to target different fish so I don’t waste the trip or a fishing day. I’ve done some bridge fishing and a little deep dropping. I’ve caught a ton of Snappers, Triple Tail, Tile Fish, a few Barracuda, Rosies, and Snowy Grouper.

I’m excited for the winds to die down so I can get back out on the Sword Grounds. Here fishy, fishy!