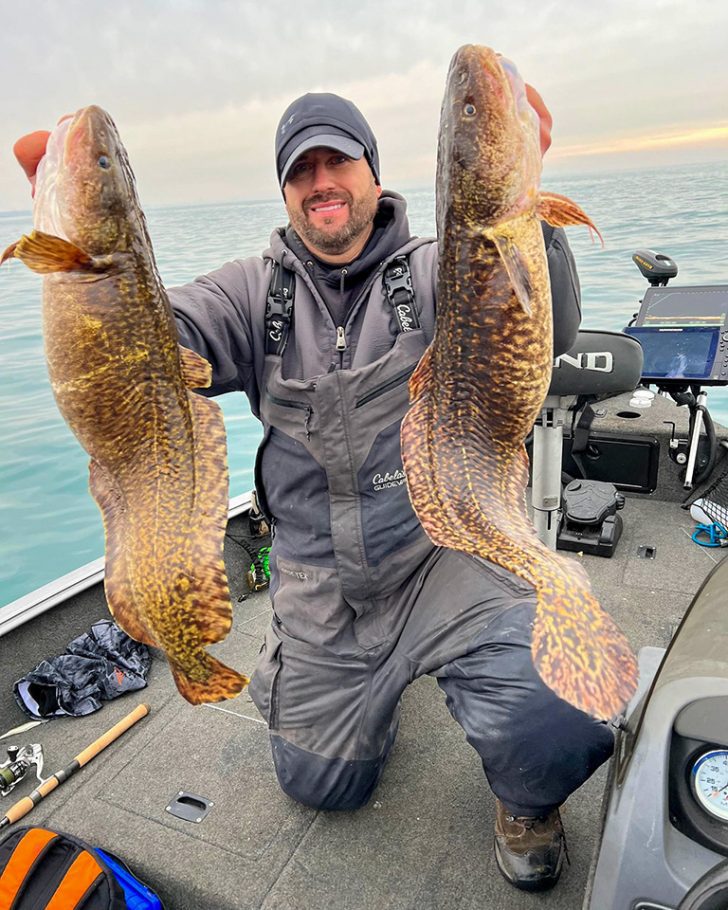 Scott Skafar of Valparaiso caught a 10.2-pound burbot on Lake Michigan in Porter County Dec. 30, besting the previous record set in 1990 by 2.5 pounds. He also caught a second burbot the same day that bested the old state record by nearly 2 pounds.

Burbot are a unique species native to Lake Michigan because they are the only freshwater fish in the Gadidae, or cod, family. Adult burbot primarily feed on other fish species such as round goby, sculpin, and yellow perch. Burbot are also sometimes called eelpout, lawyer, or poor man’s lobster and have a single chin-barbel or whisker, similar to catfish whiskers.

Lake Michigan burbot are typically found on the lake bottom in deep water. Anglers wishing to target burbot should focus their efforts between November and April when water temperatures are cold enough for them to move close to shore to feed. Burbot are good to eat. They have firm, white flesh and a large liver, similar to cod. Find more information about Lake Michigan fishing at on.IN.gov/lakemichiganfishing and learn more about purchasing a fishing license at on.IN.gov/huntfishlicenseretailers.