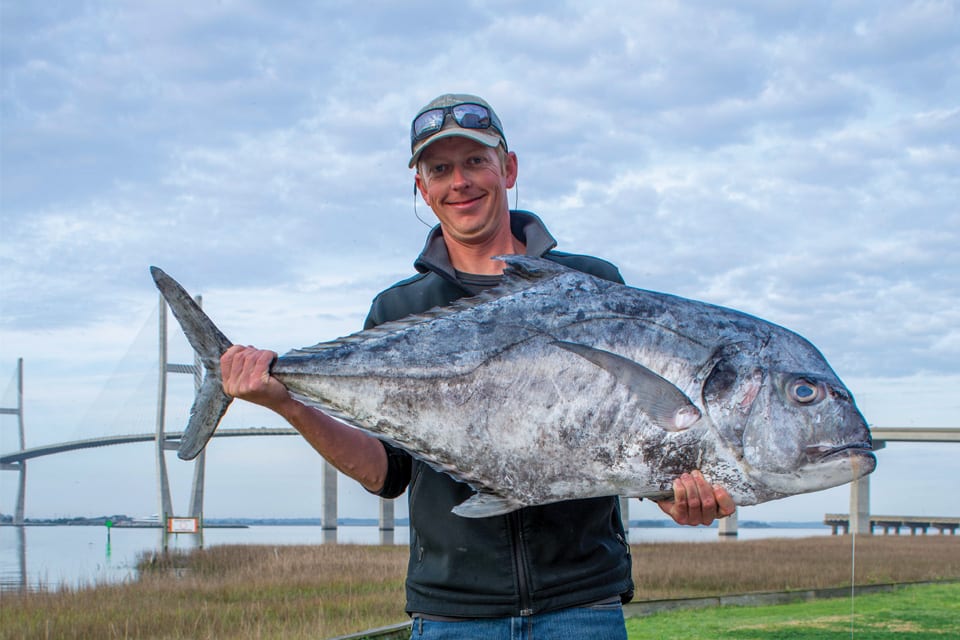 A local angler broke the state record for African pompano off the Georgia coast in mid-March. Richard Bjorneby, of Darien, Ga., caught a 40-pound, 0.48-ounce fish that replaced the existing record of 37 pounds, 1.28 ounces. The previous record had stood for less than two years.

“It feels strange. I never expected to hold a state record,” the 26-year-old angler told Georgia DNR personnel after he was notified of the certification of his new record. “I’ve been fishing as long as I can remember, but I never thought I’d hold a record.”

Bjorneby was fishing with Capt. Johnny Wildes aboard Anchored Up near Navy Tower R4, a structure about 60 nautical miles east of Cumberland Island, Ga. He was working a diamond jig in about 120 feet of water when the big fish put a bend in his 6-foot, 6-inch Shimano Talavera rod. He was rigged up with 85-pound braid and a 3-foot, 60-pound mono leader on a swivel.

The IGFA all-tackle world record for African pompano weighed 50 pounds, 8-ounces. It was caught out of Daytona Beach, Fla. by Tom Sargent in 1990.

To see all of Georgia’s saltwater fishing records, as well as information on
how to submit a catch, visit CoastalGaDNR.org/RecreationalFishing.