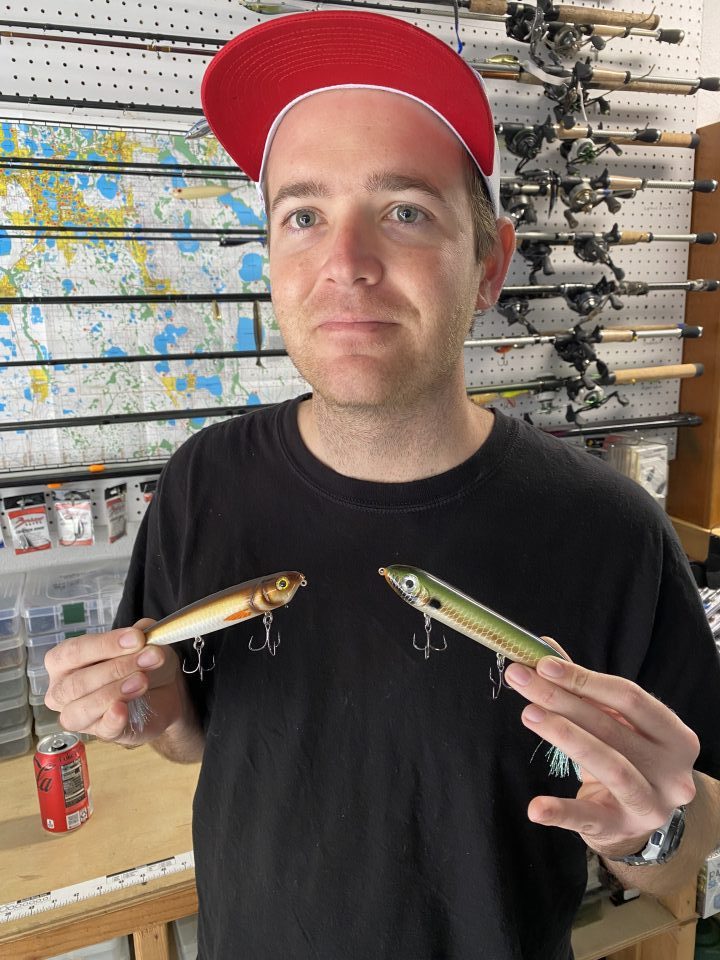 “I think I was around 3 or 4 years old, the first time I went fishing,” Austin Springer recalled.  “My grandfather lived on Lake Lotela and that’s probably where I got my start.”

“Growing up in the Avon Park, Sebring area, attending Sun & Lake Grade School, and then graduating from Sebring High School, I had the opportunity to fish a lot of the lakes in Highlands County, but my grandfather lived right on Lake Lotela, so I really spent a lot of time there.”

I’ve known Austin for quite a few years and although I’ve never fished with him, I’ve fished against him many times in different club and regional bass fishing tournaments.  He’s a fierce competitor, someone who has not only won his share of tournaments, but also taken the big bass honors, catching giants all the way to 11 pounds.

Austin’s first tournaments were years ago when he fished with his partner and dad, Bill Springer, when he was only 13 years old with the Ridge Anglers Bass Club.  They won their first tournament in the second season in 2009.

But he was quick to point out that that first year was a disaster.  “We had never really fished the bigger lakes and all of a sudden we’re fishing Lake Istokpoga, Okeechobee and the Kissimmee chain.”  It was a really humbling experience, but over the next few years we started doing much better,” he said.

Through his high school years, Austin fished in as many as 4 or 5 clubs at once, competing against many of the top anglers in the area.  “It wasn’t until I started attending school at the local community college that I had to slow down and concentrate on my education,” he said.

Eventually he got back into tournaments with his dad, and did extremely well fishing the Lake Placid Team Trail out of Lake Placid.  They won the first tournament they fished on Lake Okeechobee, with 15 pounds of bass, and finished the year as one of the top teams in the club.

Years later, and most recently, he fished with the Highlands Bass Anglers Club, where I remember him making the news again when he caught his personal best bass in their Walk-in-Water tournament that weighed in at 11.4 ounces.  He caught the giant on one of his favorite lures, a topwater frog.

I asked Austin if he could recall a funny story or something that happened to him while fishing and he relayed the following incident.

“We were fishing Lake Okeechobee, eight or nine years ago in the Monkey Box and my dad was throwing a cheap, shiny, firetiger popper that he’d bought somewhere, when it snagged up on a patch or reeds.”

“My dad had bought a left-handed reel by mistake and was having trouble getting used to it and he gave a strong pull and the popper came flying back at us, snagging on his shorts.  He un-snagged the hooks from his shorts and dropped the bait over the side of the boat, and as I watched it hit the surface, a big old bass came straight up and just inhales it!  We couldn’t believe it.”

In addition to his passion for fishing, Austin is also a lure-maker, designer and painter.  He started making his own lures back in 2011, and five-or six years ago, started his own company, A&B Tackle.  His specialty is soft plastics, jigs and hard-bait paintings.

A number of local anglers swear by his baits and if you’ve ever seen one of his painted Zara Spooks, you’d have to have one.  (I have two in my office).