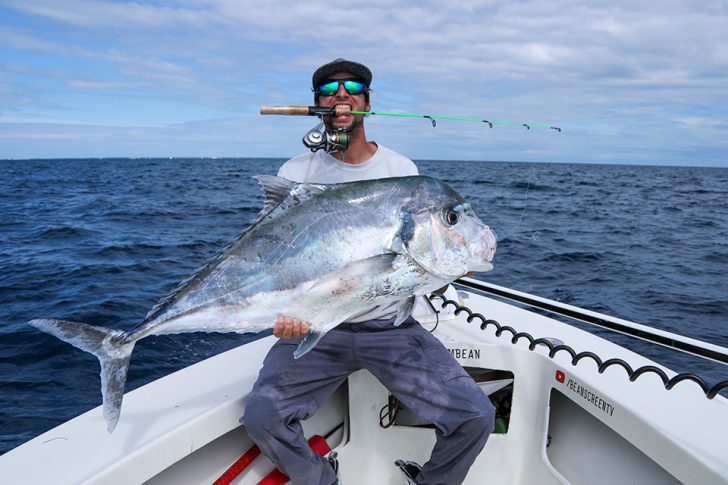 Capt. Brandon Storin, who fishes out of the legendary Bud N’ Mary’s Marina in Islamorada, Fla. has taken light tackle fishing to the extreme. What started as a lark—toying with ice fishing rods in the Keys—has turned into a full-on quest, in which Storin (a.k.a. Bean) designed his own micro-rod and is using it to catch some impressive fish.

“We were bored during covid, and we took out a bunch of those little ice fishing rods,” he said. “We wanted to see if we could maybe catch a tarpon with them.” 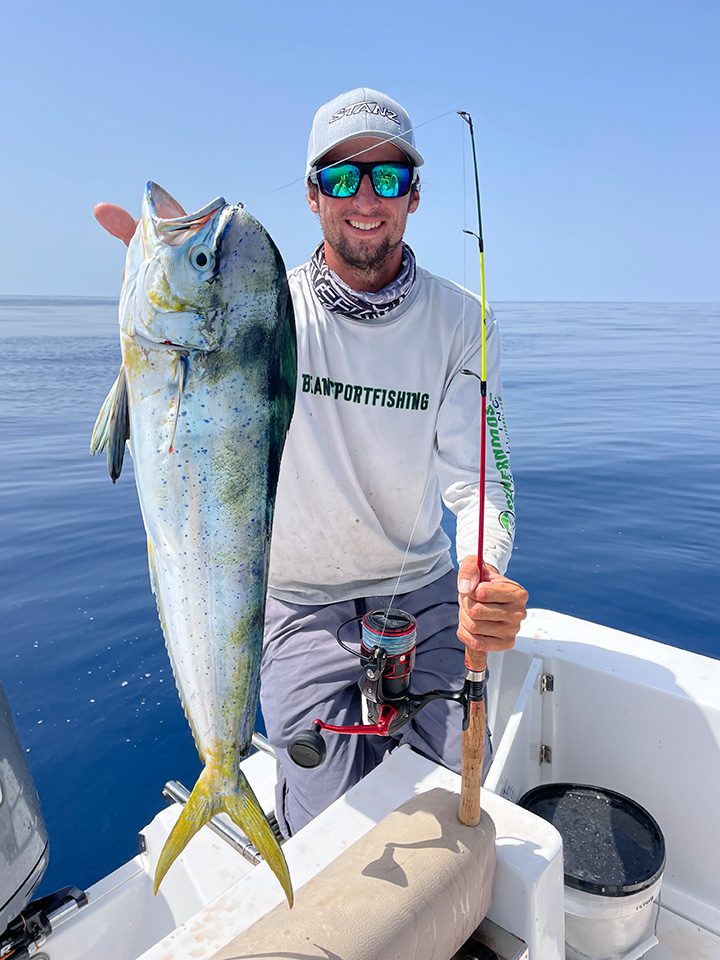 Viewers of Storin’s Youtube channel, Bean Screen TV, ate it up. It was entertaining, and it spurred Bean to design his own Bean Pole, which he sells on his website beansportfishing.com.

“It’s so fun. No matter what, the rod just bends and it won’t break,” Bean said. “As long as you’ve got the right line on it, you can land almost any fish in the ocean with it if you’ve got enough patience and fishing skill.

But Bean wasn’t content with mangos. He wants to test the limits of his new rods on true monsters of the deep. Bean Poles are intentionally noodle-stick flexible. He said the key to the design process was “to make them as bendy as possible, so they don’t break.” The reel seats, however, are designed to hold some serious gear. Bean usually fishes a 4,000-size spinning reel with 20-pound braid, but he’s gone as heavy as a 6,000-size reel and 60-pound line when pursuing big tarpon and sharks. He said the rod is capable of holding a 10,000-size spinning reel for folks who might want even heavier tackle.

“The next thing we want to do is catch a sailfish,” he said… “and a giant goliath grouper.”

In case you were wondering, Bean has normal gear, and he doesn’t force charter clients to fish Bean Poles. He does, however, keep one on board… just in case.