October is a magical time on a trout stream. In preparation for the spawn, hormones flood a brown trout’s body to change its colors in time with the leaves on the trees. Big browns go on the move, abandoning deep undercut banks to push upstream with the urge to reproduce. 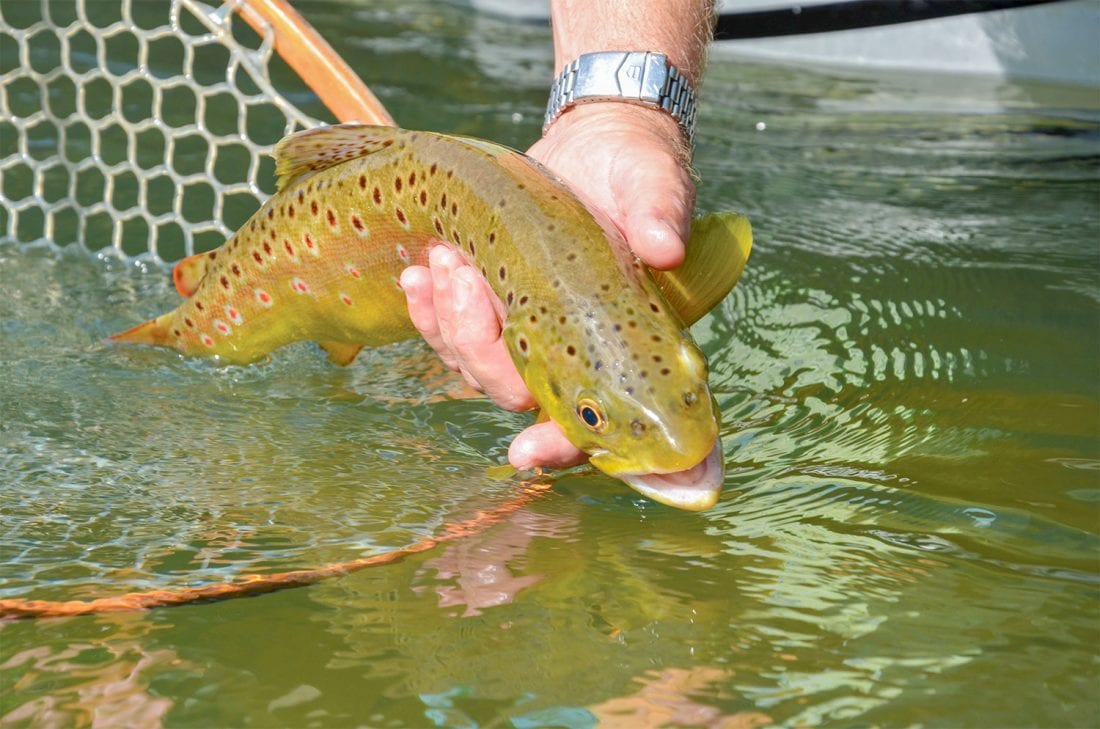 Fall is when butter-bellied bruisers are most susceptible to anglers, and rainbow trout will also be feeding up as days get shorter and stream temperatures fall.

It’s one of the happy designs of nature that the October caddis also makes its appearance this time of year. With bulky tan to orange bodies, big tent wings and measuring over an inch long, the adult October caddis is often too much for even big trout to resist.

The October caddis of western states is actually a different bug than what eastern anglers frequently refer to as October caddis. Although the two are so similar they are interchangeable, the more appropriate name for the eastern bug is great autumn brown sedge.

Wherever you fish and whatever you want to call them, October caddis show up during the low flows of fall when leaves begin dropping to the water. Late evenings are when most of the activity occurs. On some flows this hatch happens so late in the day as to be considered a nighttime event.

From all the hype this hatch receives, it might seem as easy as grabbing a handful of big orange Stimulators and hitting the water. And sometimes it is that easy. On some streams, on some days, trout will key in and be looking up for orange bellies all day long. But on most days stubbornly insisting on the dry fly will lead to frustration.

Most of the feeding, and especially the daytime feeding, occurs subsurface, when caddis are in their larval or pupal stages. It might be disappointing, but this requires an angler to resort to nymphing with imitations that represent the subsurface stages of the bug’s lifecycle. There are some good October caddis pupae, larva and emerger patterns out there than can be run in tandem to cover a wide swath of the water column. This is an excellent strategy that spoon-feeds tasty morsels to big browns that would not be out and about during the day at any other time of year.

Of course nymphing is a practice many of us undertake only because it catches trout when they are not looking up. Go to the river enough and there will come a late afternoon in fall when trout are picking off October caddis as they flutter on the water’s surface. There’s nothing more fun than those evenings when skittering a big bushy dry fly actually works.