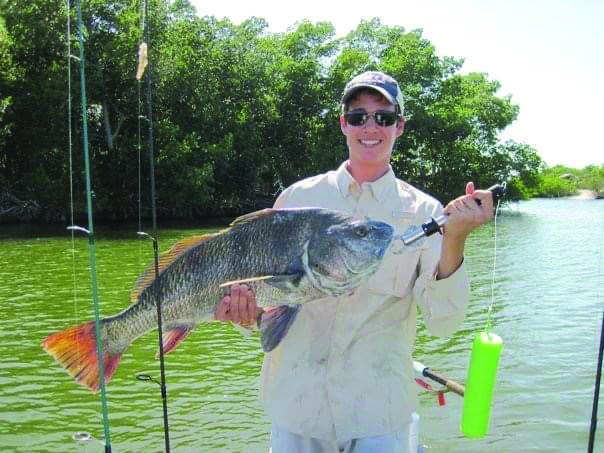 The King of the Drum, black drum are called a variety of names from “puppy drum” to “big uglies,” but I prefer to call them “Kings,” as they are the largest of the drum species, reaching over 50 inches long and weighing over 100 pounds. These neat fish are related to the famous red drum, aka redfish, but belong in a genus of their own.

The scientific name of black drum, Pogonias cromis, means “bearded” and “to croak,” which describes their telltale chin barbels, which are used to detect prey, while croak refers to the drumming noise they use for communication.

Black drum have a large geographic range, which covers most of the Western Atlantic. These fish can be spotted from Nova Scotia down to Argentina. Since this species is so widespread, there may be differences in age, growth and spawning information, depending on latitude. As you can imagine, the Chesapeake Bay drum encounter different environmental conditions than ones found in Texas.

Black drum are a largely estuarine species, inhabiting coastal sandy bottom, oyster reefs, mud flats, river mouths and bridge pilings. These fish feed primarily on mollusks and crustaceans, using a set of powerful jaws in their throats, called pharyngeal jaws, to crush up the shells of their prey.

Black drum live long with lifespans of over 35 years. During my literature review, I came across a paper that aged one drum in the Chesapeake Bay at 59 years old. This species matures at 4-5 years of age, which corresponds to 24-26 inches in length. 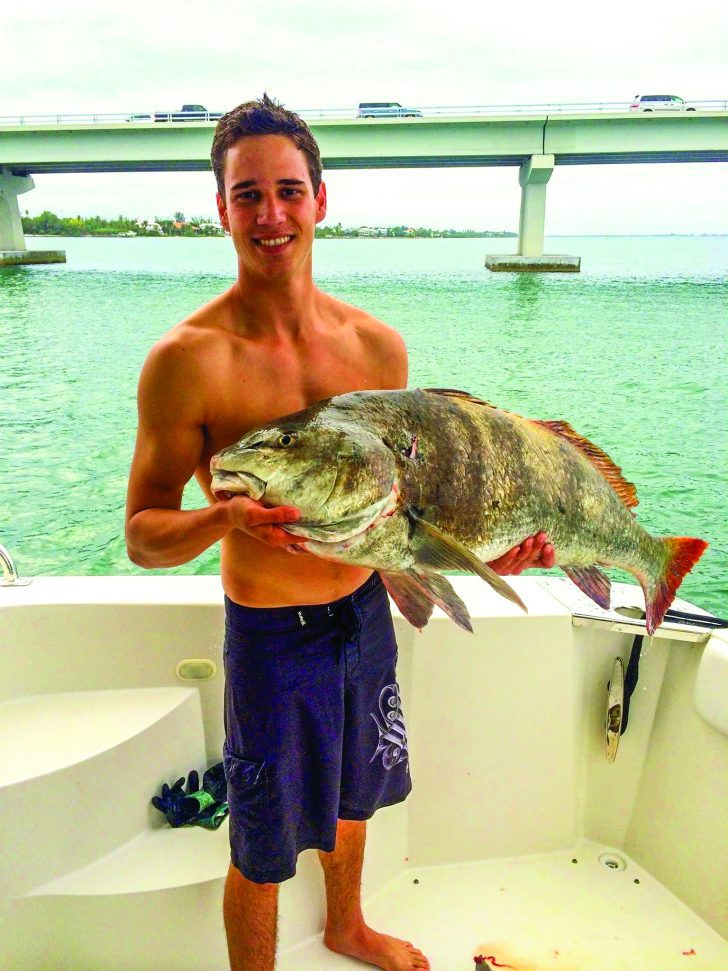 Black drum breed at night in passes and channels during the late fall to early spring. A female black drum can spawn multiple times during this period and can produce anywhere from 11to 60 million eggs during a season.

Black drum develop their characteristic chin barbels at the size of ¾- to 1 inch long. These barbels and can be used as an identification tool when comparing species with a similar-striped appearance like the sheepshead or Atlantic spadefish or even their popular cousin, the red drum. As the black drum ages, the four to six vertical black bars along the side of the juvenile begin to fade as the fish reaches adult size.

Did someone say spaghetti (worms)? Black drums can be the intermediate hosts of cestodes (tapeworms) that can be found in the fillets of primarily larger individuals. These worms are harmless to humans as their final desired host is inside of the intestinal walls of sharks which very physiologically different than us.

The worms can be trimmed out of the fillet (that’s still delicious) and aren’t too hard to spot. I tend to release drum larger than about 15 pounds to avoid carving up the fillet too much and prefer to eat small black drum over red drum due to their great flavor, which may be a result their invertebrate diet. Drum are listed as both “best” and “good” seafood choices when considering sustainability of the species from the Monterey Bay Seafood Watch. 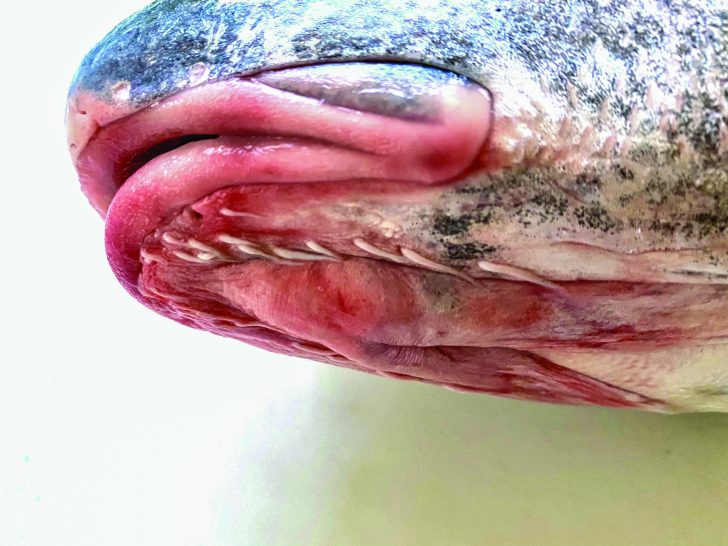