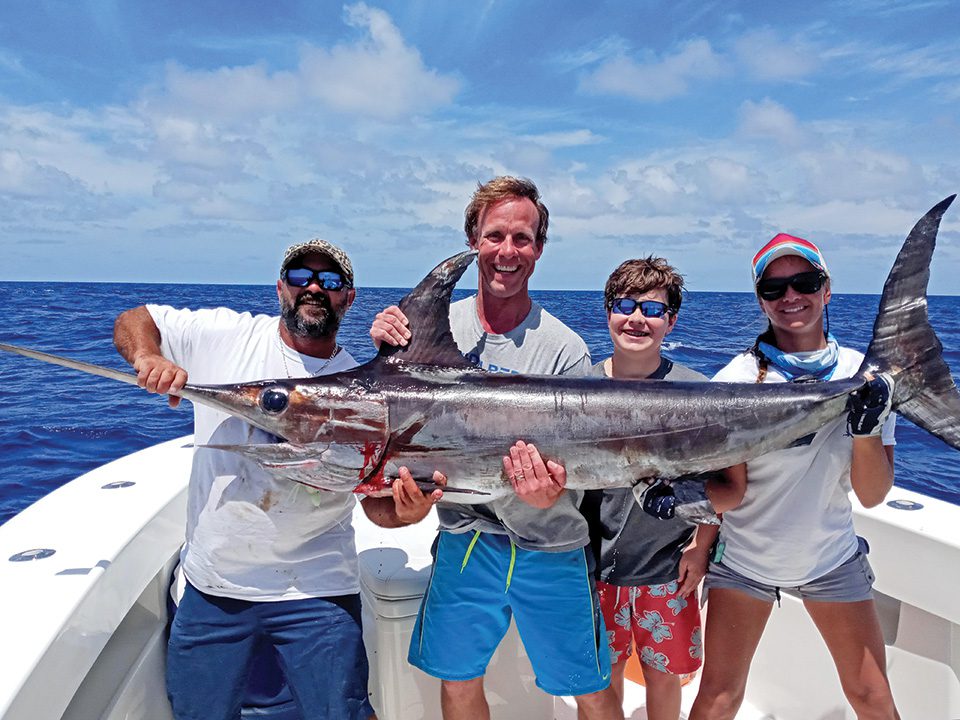 If you’ve ever been swordfishing out of Marathon, Fla., chances are you were deep dropping the same area I was in April, when the U.S. Coast Guard ticketed us for fishing in Bahamian waters.

Dropping for swordfish is exhausting. Staring mindlessly at one single rod tip, it’s easy to lose your mind questioning if every other wave was a bite. It is also possible to spend an entire day doing the crazy-eyed swordfish rod stare and never get a nibble. 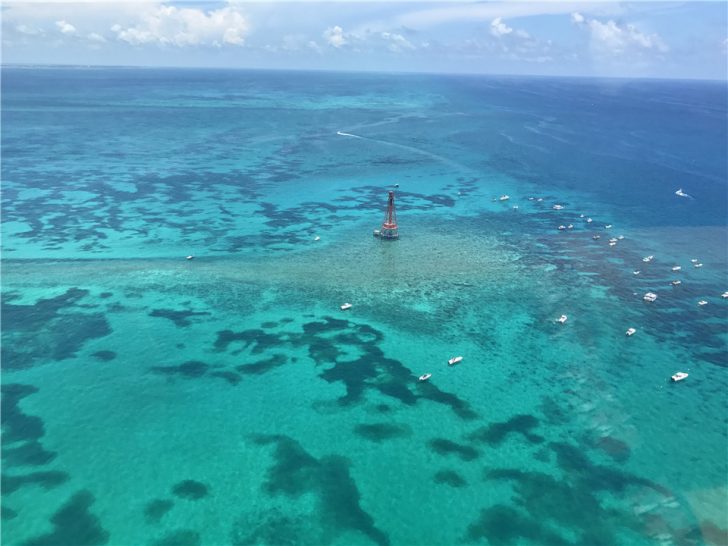 During a slow drift along the ledge in 1,800 feet of water, our luck finally changed. A flock of diving terns approached and crossed behind the boat. We opened bails on the flat lines and let pinfish swim toward the commotion. Immediately we hooked up and stole a school of mahi from under the birds. With four mahi hooked up along the port side, we had just begun the assembly line from hook to killbox when we were informed the U.S. Coast Guard was about to board our boat.

Approaching from starboard to accommodate our fishing, three “Coasties” boarded to conduct a routine safety check. After about half an hour with our official guests on board, we finished with the school of mahi and decided to reel up the sword line. We activated the electric reel, and—distracted by our visitors—it took a moment to realize we were hooked up. The Coasties were going to have to put a pin in it.

“Hang on fellas; we’re hooked up!” 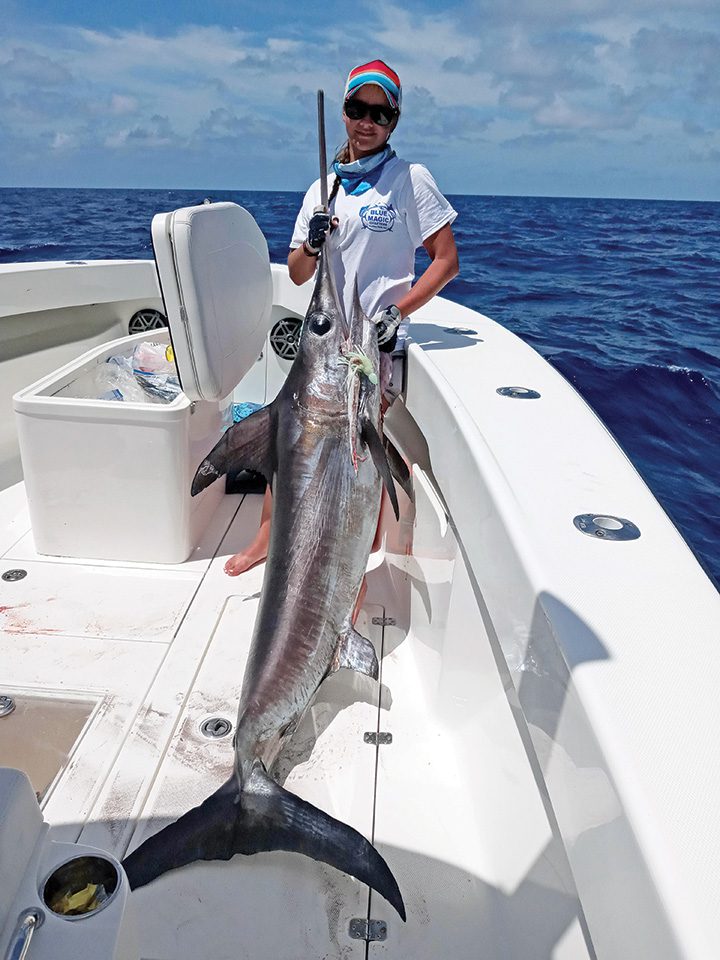 For the next half hour, we didn’t hear a word from our visitors. As the fish began to surface, the line scoped out underneath the Coast Guard cutter raft. We radioed asking them to move. After a lot of chaos and tight boat maneuvering, we landed the 150-pound swordfish with the Coast Guard on board. They even took the catch photos. It was all high fives and celebration until they asked us for our Bahamian fishing licenses and informed us we were illegally fishing in the Bahamian Exclusive Economic Zone.

Later on, extensive research by Steve Steenstra, owner of Blue Magic Charters, revealed the Bahamian EEZ line runs about 24 miles from land, straight across the U.S. sword ledge. None of us, not even our GPS mapping knew about this line. A law enacted some 40 years ago had just been enforced for the first time. We were the first vessel cited.

As I understand it, after visiting the Coast Guard Station in Key West, the EEZ line was drawn straight down the middle by default. Now that they’re enforcing it, recreational swordfishing from the Keys is threatened, along with the livelihoods it supports. As the situation unfolds, it would be wise to stay up to date before venturing offshore from the Keys.

Capt. Quinlyn Haddon and Blue Magic Charters are following this situation closely. Contact her at (504) 920-6342 or through Instagram @CaptainQuinlyn and @BlueMagicCharters.