Fishing is hot! No literally, it’s very hot outside. Water temperatures in the 90s have the peacock bass FIRED UP! Peacocks this time of the year are in the more shallow areas, which makes sight fishing them a blast. Use anything from a small Yo-Zuri 3D minnow to a DOA TerrorEyz and move it quickly through the water. The urban fisheries in Broward continue to produce large numbers of peacock bass daily. Leave the live bait at home and keep your artificials moving fast. The largemouth bass bite slows down briefly for those big lunkers, but get out your ultralight and a speed worm for nonstop action on the smaller bass. Snakeheads in West Broward are plentiful and are easily intrigued with a big swimbait or frog. The key with snakeheads is they usually see you before you see them, cast right along the banks, and try to be as stealthy as possible. Snakeheads don’t have eyelids, so they wedge themselves under bank vegetation to protect their eyes from the sun. My favorite times to fish for snakeheads are in the rain and overcast conditions.

Moving along to the Everglades, the water level is higher than average but holds the most consistent fishing for peacock bass. The Everglades is also a nice break from the city heat, but don’t forget the bug spray! White bucktail jigs, topwater prop baits and subsurface twitch baits are my go to lures for Everglades fishing in September. My pro tip for you guys for the month of September is to bring your sunglasses and your rain gear because Florida weather is unpredictable!

Lastly, don’t forget about our incredible spillway fishery this time of the year. Catch bigger baits such as bluegills, mullet and gizzard shad for when the floodgates are open. I would suggest using a heavier spinning setup for those monster snook and tarpon. Sometimes it takes a while for a bite, but it’s usually worth it, especially when fishing those big baits. Shiners work great at the spillways too for bigger peacocks, largemouth bass and smaller snook. 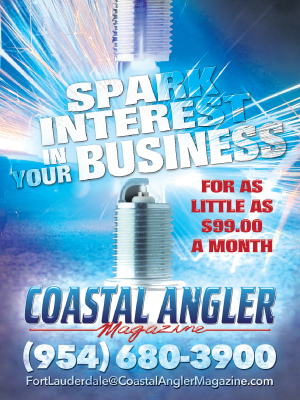