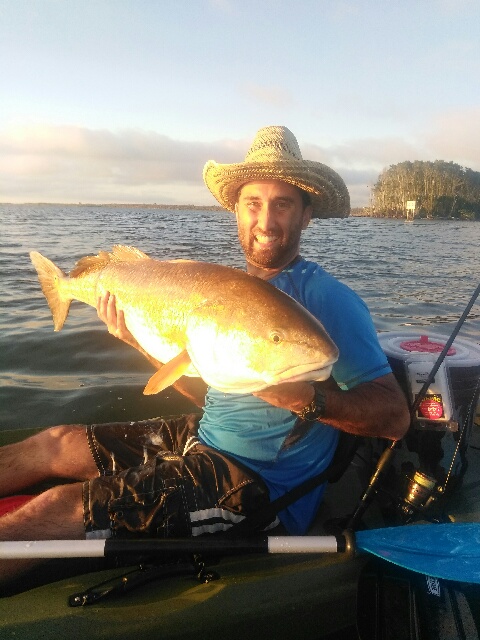 Caught on Penn reel/rod 20lb test braid. Top water plug. A buddy pointed out a medium swirl so I casted 5 feet past. After few twitches of the rod a large swirl and the plug was gone. Ran directly underneath me and continued on for a while pulling drag and me and the kayak. When we got up to speed barely any drag was coming off. We were moving at such a pace my buddy couldn't film with his phone and keep up. After some playing and working I finally had the fish next to me and tired enough to get him out of the water for the picture. Not the easiest task to bring a fish that large into the kayak with you. Got the picture and he left me with a parting gift of scat all over the inside of the kayak and on my lap. A small price to pay for being able to catch such a fish. So all said and done fish out of the water for about 30 sec and then put right back in and held him next to the kayak till he was ready to go. Then I got to watch him slowly, majestically, swim off. Another good catch on the books.