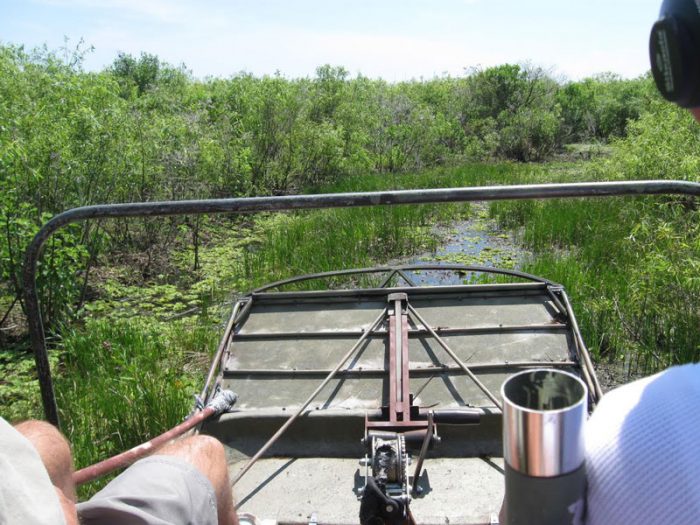 Not much to report as of this writing date, Nov. 11th.  I went scouting on my airboat yesterday along the northwest marshes of Lake Okeechobee and found only a few ducks here and there. About eighteen Florida Mallards, eleven Blue-winged Teal, three Woodies and one crippled Pintail hen that could fly but will be an easy shot come opening day.  From early November to opening weekend on November 19th things change almost daily. Going out to scout as much as you can will improve your harvest rate especially after a cold front moves through. Down here in south central Florida we depend heavily on cold and snowy weather up north to push the birds south. So stay ahead of the pattern and you’ll have better success.

As always, the harvest quota here in Florida is a bit complicated but this year’s daily bag limit is six ducks, of which no more than four mallards (of which only two can be females), four scoters, four elders, four long-tailed ducks, three wood ducks, two redheads, two pintails, two scaup, two canvasbacks, one black duck, one mottled duck (Florida duck) and one fulvous whistling-duck. Be sure to have your license and stamps in order for the FWC routinely visits the lake during the season.

A good tip to remember is to keep your gun swinging-through after you pull the trigger! Try it if you are missing some early season shots, that’s probably what you forgot to do.  Good luck, be safe and take out a new hunter, they will get hooked and never forget their first thrill of the wild.  Catch’ya in the marsh,