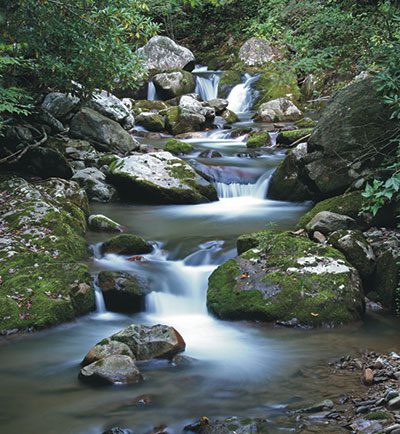 My very first long rod experience took place on the deck of a big bass boat, out on a big Southern reservoir, stalking little bluegills in the coves and cuts. And I gotta admit, I wasn’t all that fired up for it when my buddy and chosen fly fishing mentor, Sonny Church, first told me what we’d be doing that day. Five or six hours and more than a hundred feisty panfish later (with a few decent bass in the mix), and I was already jonesin’ for more.

Another buddy was the first to introduce me to fly fishing for trout. Every trip with Tim Bowerman was a numbers game. To call that guy competitive on the water would be like calling Earnhardt, Sr. assertive on the track. Oh yeah, and he could tell you how many he caught vs. you on any one of your last fourteen trips, each of which, by the way, was a “loser buys the beers and wings” affair, the loser being the guy that caught the fewest fish, of course.

Hence, many of us (probably the majority) simply applied the same winner/loser mindset to fishing that evolved from other sports we grew up playing. In fact, it’s clear that our deep-rooted sense of competition—physical and mental performance measured by scoring and winning—transfers naturally to most any aspect of our lives. But in today’s world, maybe that competitive obsession with keeping score isn’t necessarily a good thing for fish and the places where they live. Given that the popularity of sportfishing has dramatically increased in recent years and the great majority of fishers are driven to catch as many fish as possible, on every trip, the exponential impact from these two factors seems unavoidable.

On your favorite waters:

– Does the water stay more turbid or muddy than in the past, due to increased boating activity?

– Do anglers consistently have to wait behind other anglers when floating a river or fishing a shoreline?

– Do you think many of the same fish are being caught every day, if not multiple times a day by multiple anglers?

– Are you seeing more hook holes in the fish or other apparent fishing-caused damages?

– Are there fewer than ever large fish?

– Are there fewer fish overall?

– Has trash increased significantly on the shoreline, in parking areas, and the water?

– Are there more frequent angler to angler or angler to recreational user conflicts?

If you are observing these things and you’re concerned, contact your state fish and wildlife agency and voice those concerns. If you know there are other people who share them, organize an informational meeting and invite fish and wildlife representatives to attend.

Consider your own views on this issue, your real fishing values/motivations, your honest level of concern for the resources that add much to your life. Maybe it’s time to get more involved. As an old mountain fisherman once said, “I reckon you don’t care much about something you don’t take care of.”

Not long ago, I was way up on a no-name headwater, and after some minor tearing of flesh from crawling through the rhododendron hells, a little ass busting on steep banks and the repeated banging of bad knees against immoveable boulders and rocks—without even seeing, let alone catching a single brookie—I was exhausted and frustrated and not having a good day, so I thought.

Standing mid-stream, I cussed some, wiped away the sweat and checked my wounds. Then I took a really deep breath, slowly exhaled, and looked around me. Water, clear as alcohol, glided around my legs; deep-green moss carpeted boulders and rocks and hundred-year-old tree trunks; a fly catcher whirred past, banking and dipping past the rhododendron army that climbed from the stream banks up and over the ridges. Unexpectedly, a chill ran up my back, and something strong, but familiar, crystallized in my mind: “There’s no problem here. This is what it’s about—not how many you catch or whether you catch any at all.” Then I laughed out loud to the water and the woods and the unseen trout.

Since that day I’ve thought and read more about the whole quality vs. quantity issue in sportfishing, and I always come back to the same common-sense notion: Maybe when we’re out there on the water, if we focus more on a few fish caught well and carefully released, on the incredible places where we get to catch those fish and, certainly, the great people we get to do it with and focus a lot less on the meaningless numbers game, then I believe our sport, the fish, their waters and we will long be better off for it. 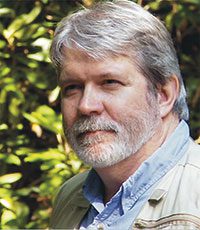