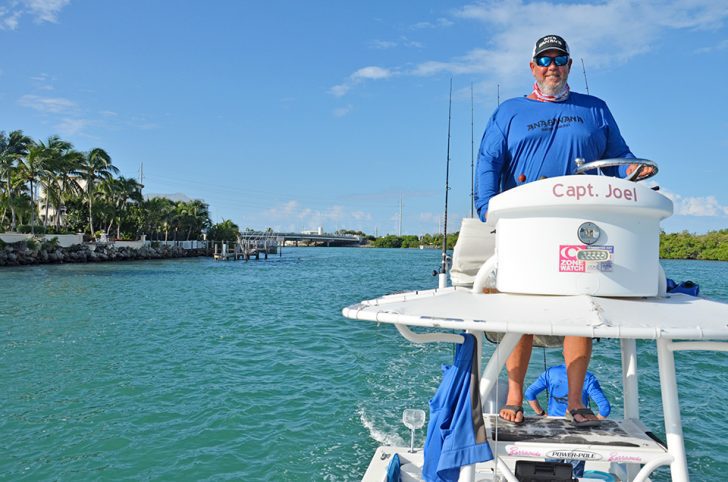 Fish are everywhere in the Florida Keys. From big pelagics on offshore humps to vast backcountry flats teeming with tarpon and permit, the options are so varied that decision-making can be difficult.

Throw in wrecks, reefs, bridges and ledges, and one boat just isn’t enough to do it all. If you wanted to experience all the fishing the Keys have to offer, you’d need several different types of vessels. 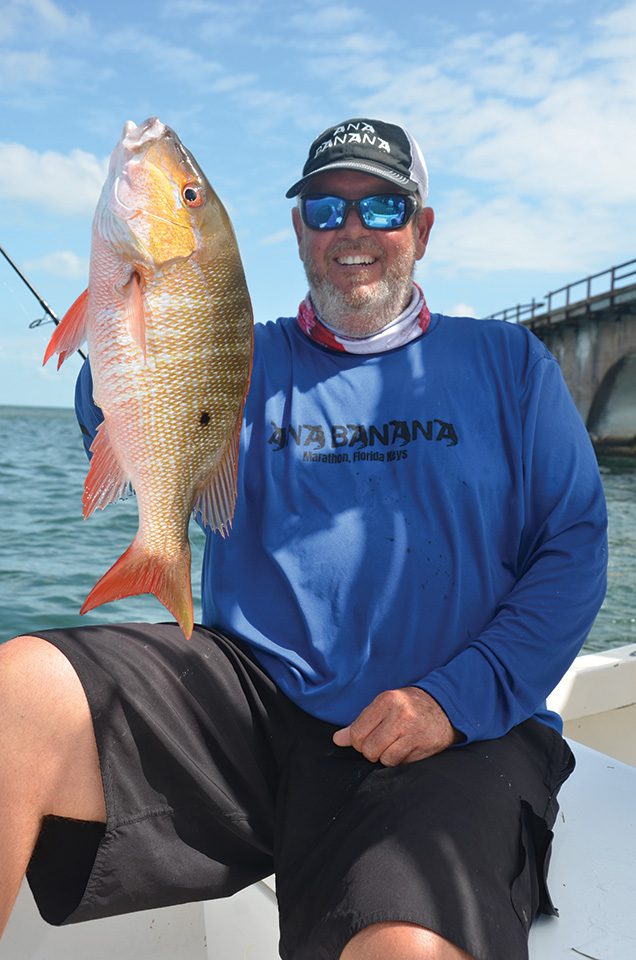 Joel Brandenburg, of Ana Banana Fishing Company, understands this. Based in Marathon, he’s pulled together a fleet of boats and the captains to fish it all. With five boats ranging from a 53-foot Hatteras to a 24-foot Hanson, they are equipped to chase big game at the famous Marathon Humps and beyond, and also to fish skinny backwater flats and everything in between.

The options are enough to make a visiting angler’s head spin, but Joel will be your guide. Putting clients on fish runs in his blood. When his son Jojo Brandenburg earned a master captains license about five years ago, it extended the family business into its third generation. They’ve had a “no-fish, no-pay” policy for more than 20 years, and in all that time they’ve only had to honor it three times.

Joel certainly dialed up a good option when I contacted him on short notice this fall. I was looking for a quick half-day while on family vacation in Islamorada. With the winds up on the Atlantic, he suggested a backcountry trip. We’d trade the excitement of blackfin tuna, mahi mahi and sailfish for fast snapper action. That was just fine with my 10-year-old son and me. Back home, the boy is a bream slayer.

“It’s like crappie fishing on steroids,” Joel said as he lowered a chum bag off the stern. We had run 13 miles over skinny water into Florida Bay to anchor off a small wooded island called East Bahia Honda. The boat bobbed at the edge of a deep channel that cuts through the flat like a green vein.

The action began immediately. On light tackle, we pitched baits and hauled in mangrove snappers as quickly as we could turn to get another pilchard or ballyhoo chunk from first-mate Eddie Traylor. With a five-fish limit per person, we threw back a bunch of fish and filled the cooler with a quick limit of the chunkiest mangos. Then we bumped around a while, waiting for the tide to turn and throwing Cuda Tubes to wood structure. Casting and working a lure for the visual thrill of a barracuda streaking from cover is a lot of fun. It was tough to put the rods down when Joel suggested we go check out the bridge. On the way in, we got a good look at an endangered hawksbill sea turtle.

Anchored near Fred—the storied Australian pine tree that grows from the roadbed of the Old Seven Mile Bridge—we chummed and pitched pilchards into the tide that rushed between pilings. Joel knew we’d get into some yellowtail snapper, and he was hoping for some yellow jacks and maybe a big shark. 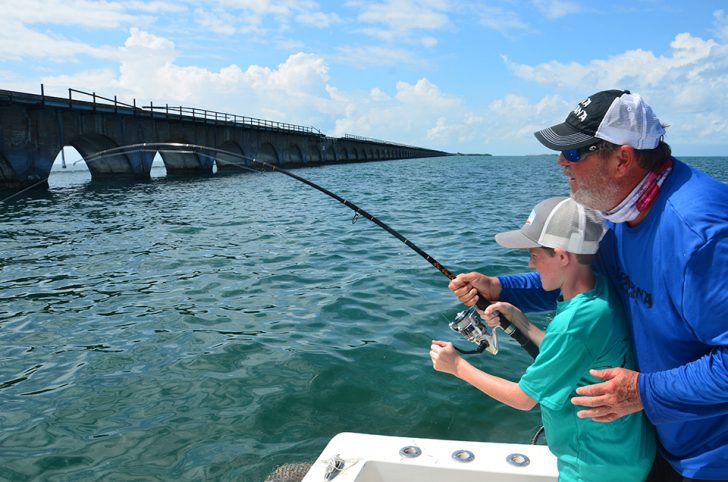 “Best as I can tell, yellow jacks started showing up around here about 12 to 15 years ago,” Joel said. “I’m happy to have them. They fight like jack crevalle and taste like tuna.”

Yellow jacks average 5 pounds around the bridges, but they reach weights in the 15- to 20-pound range, Joel said. We didn’t boat any yellow jacks, but a big jack crevalle ran the boy around the rails twice, and a nice mutton snapper went into the box along with some keeper yellowtails. 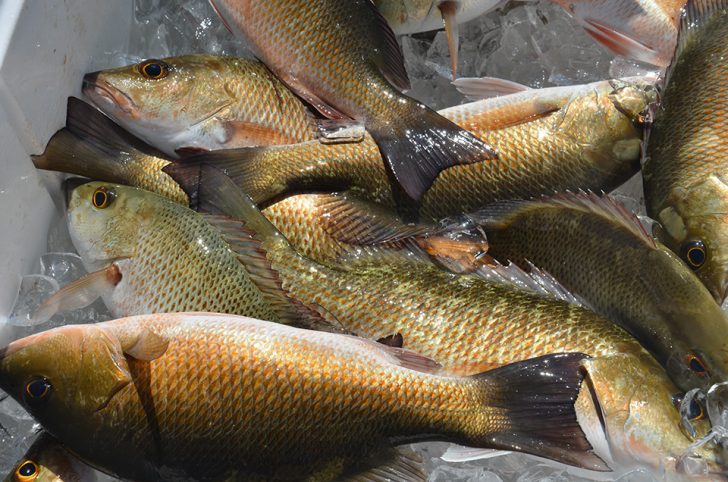 When the bite slowed, Joel took us to the docks at Castaway Watefront Restaurant in Marathon with a lot more than a fish supper. They’ll cook your catch any way you want, and it was the perfect end to a day on the water.

If you’re looking for a winter get-away, it’s hard to beat winter fishing in the Keys. Joel said they’re targeting sailfish and blackfin tuna and high-speed trolling for wahoo right now. Snapper, grouper and other species are biting on the wrecks, reefs, ledges, bridges and flats. The cobia will show up on the Gulf side in January and February. 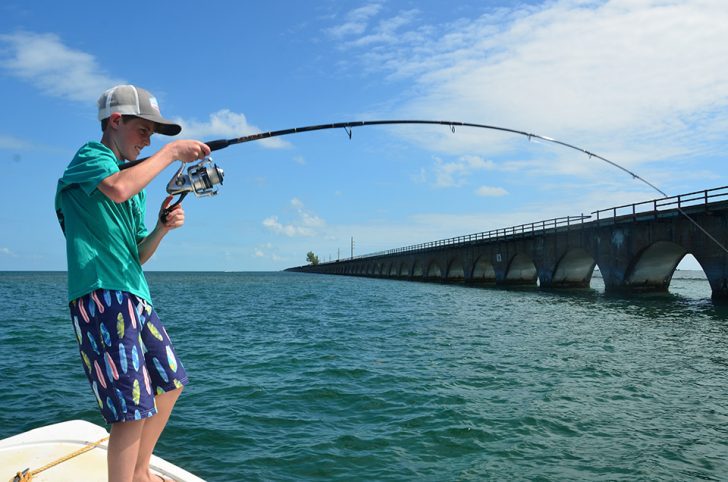