It was another early morning.  The boat was covered in dew and I was pumped to get out and so was everyone else.

We go to Falmouth Harbor today to launch, there was almost no one at the ramp and we started to get nervous because there are usually a lot more people at that ramp.  It did not take long to find out why there was not a lot of boats out, it was foggy but not overly foggy. We continued out of the harbor and into the open ocean.

It took us about 20-30 minutes to get to the Elizabeth Islands. I go to the front and put down the trolling motor and grabbed my rod.

Within minutes I hooked up to a schoolie.  It was the first fish of the day and it was on my first cast, I started to get less worried. We finished the stretch and ran to the next one.  We saw and caught a lot more fish right away than we did on the first stretch.  We saw a monster bass pass us and get spooked. 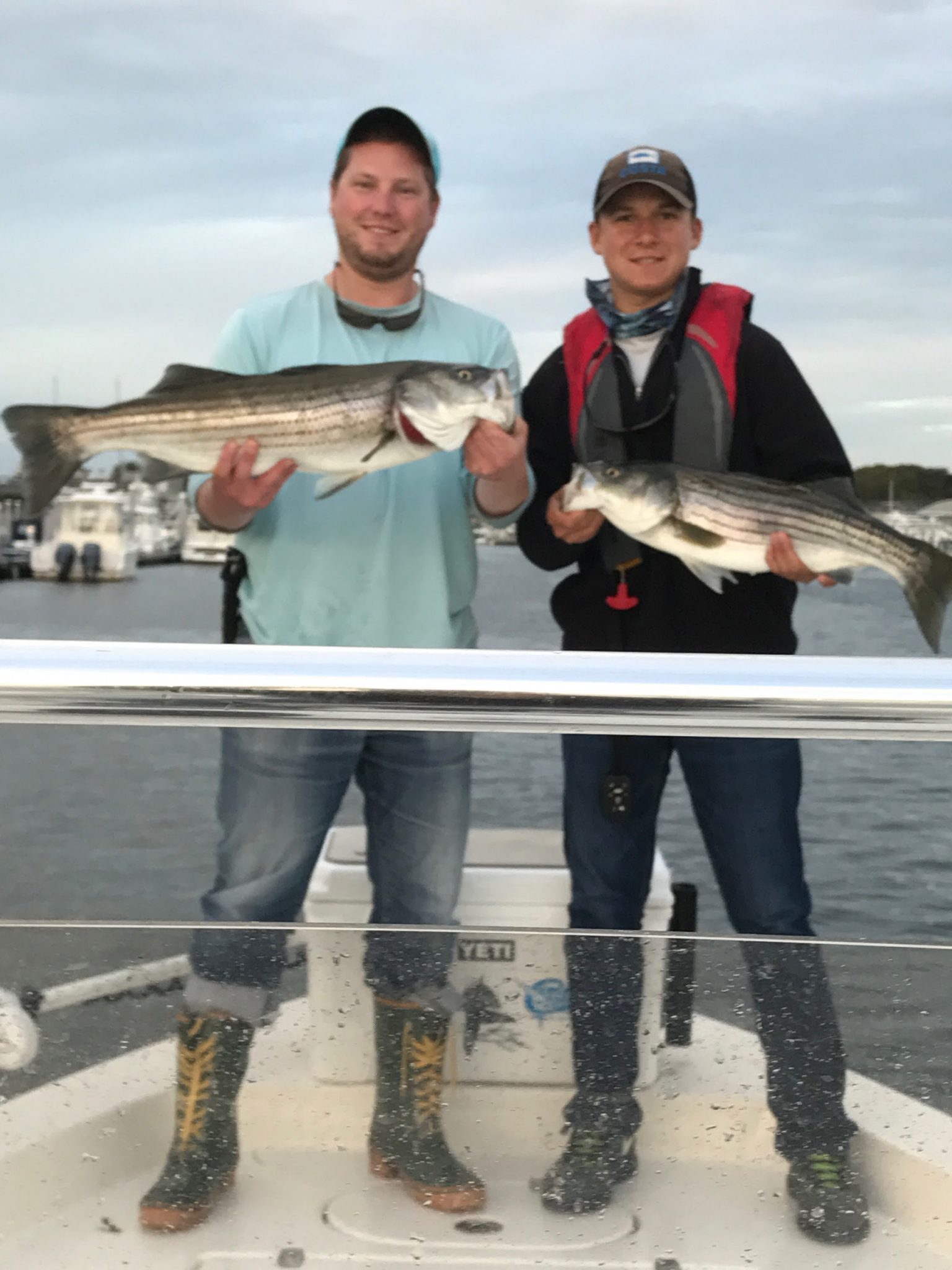 We finished that stretch too and we went to the next one. Right away we saw a lot of keepers. We threw an eel at them and a soft plastic but they wouldn’t eat. We continued around the corner and my dad spotted a keeper while standing up on the Yeti. Adam, our friend, threw an eel right on it’s head and the fish slammed it. We brought it in, measured it and put it in the box. We continued again farther and pulled in a couple more keepers.  We headed back the way we came. We caught only schoolies until we came to the same spot we caught the fish that my Dad spotted. We saw a bunch of other big fish but could not get them to eat.  It was not until Adam, in the back of the boat, took a blind cast with the eel. A slob of a Striper nailed it and he was hooked up.  The fish took off into the rocks and we almost lost her. It was a good thing that we had the trolling motor because we were able to get right up in the rocks. We got it out of the rock and it came swimming right to the boat and right to me. I stuck the net into the water and the fish swam right into it. We had caught what we had come for!

It was time to go now and it was a very successful day, and very fun for all of us. I hope you all had a great season too. 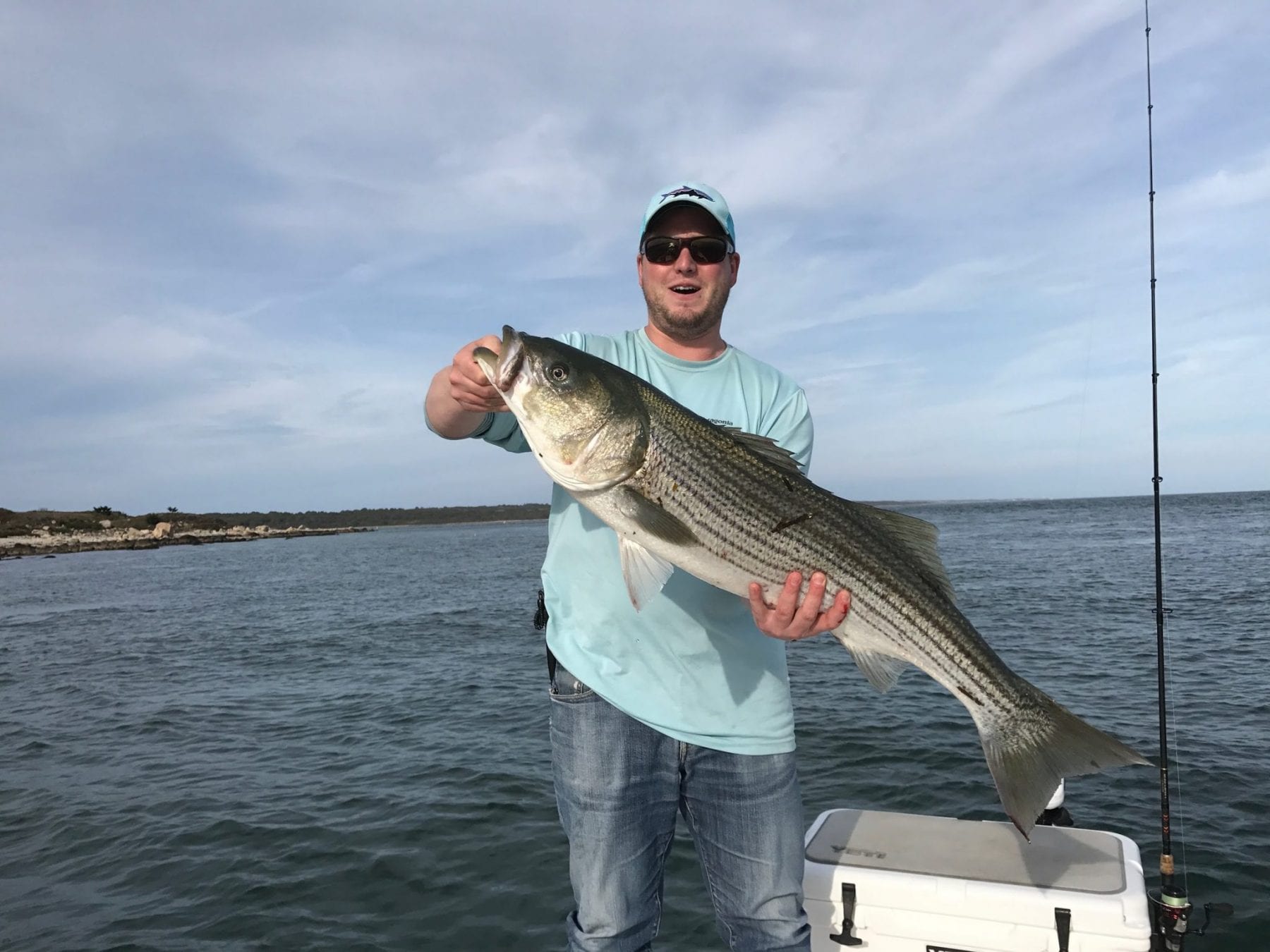 Braeden Smaykiewicz is a 13-year-old avid fisherman. He began fishing at 4-years old and has experience catching everything from fresh water species to saltwater, inshore to offshore.