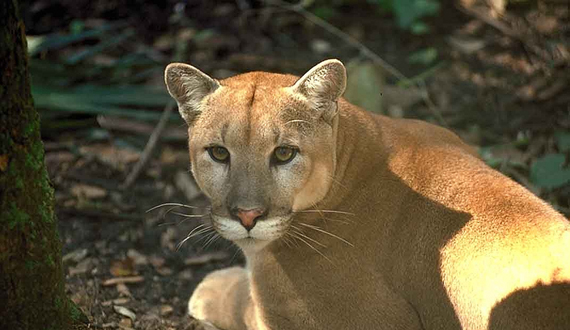 “We have had regular documentation of males north of the Caloosahatchee, but this is the first time we have solid evidence of a female being this far north in more than 40 years,” said Kipp Frohlich, deputy division director for Habitat and Species Conservation. “This is a big deal for panther conservation. An expansion of the panther’s breeding range should improve the prospects for recovery.”

Using trail cameras, biologist have monitored male panthers on various public and private lands north of the Caloosahatchee River for several years. In 2015, biologists collected a photo of what appeared to be a female panther in Charlotte County. They deployed additional cameras in the summer of 2016 and captured more images of what they believe is a female panther. However, the photographs did not positively confirm the gender.

“This appears to be the milestone we’ve hoped for. We have been working with landowners to secure wildlife corridors to help panthers travel from south Florida, cross the river and reach this important panther habitat,” said Larry Williams, state ecological services supervisor for the U.S. Fish and Wildlife Service. “While we do not know if this female used these tracts of land, we do know that securing lands that facilitate the natural expansion of the panther population are critical to achieving full recovery.” With documentation of male panthers in the same area, biologists are hopeful the panther breeding population will begin to expand here.

“Florida panthers are a part of our state heritage. They’re our state animal,” said Frohlich. “We want to ensure these majestic animals are here for future generations of Floridians. Female panthers moving north of the river on their own is a big step toward this goal.”

Florida residents can support panther conservation efforts by purchasing a “Protect the Panther” license plate at BuyaPalte.com. Fees from license plate sales are the primary funding source for the FWC’s research and management of Florida panthers.