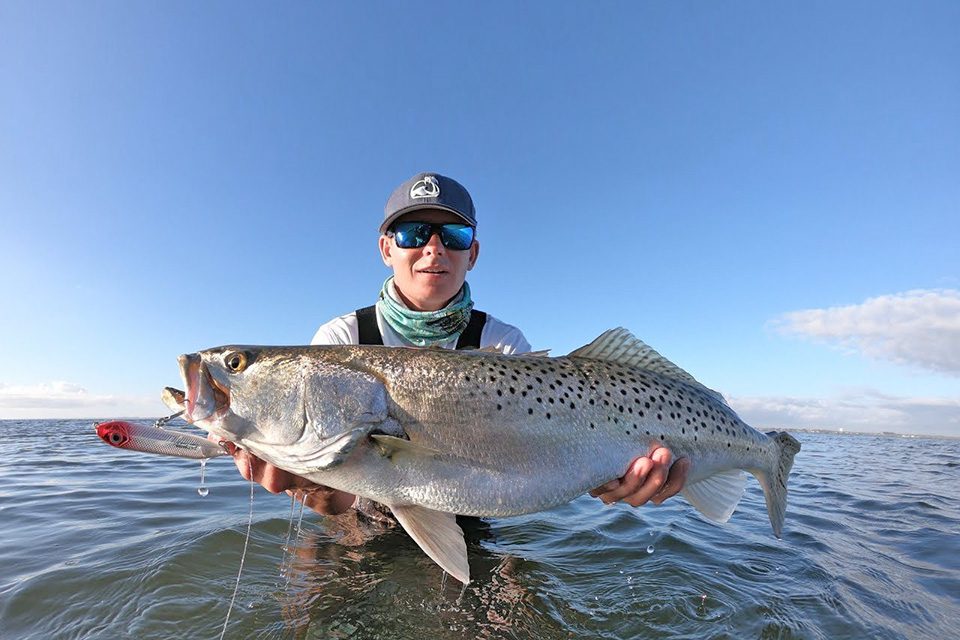 Spotted sea trout are better known as speckled trout, and when they get really big, gator trout. Regardless of what you call it, it’s not a trout at all. Specks belong to the drum family. They are one of the most targeted species in their range which extends from Texas to Maryland. Most specks are caught over shallow, grass flats, but they can be found just about everywhere inshore from the surf, along outer islands, throughout the bays, and far up rivers. 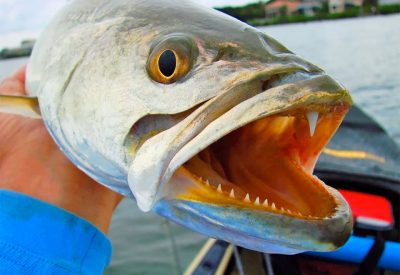 This bottom dwelling, predatory fish feeds at any level. It may be taken by chumming from a drifting or anchored boat, by trolling, jigging, surfcasting or fly-fishing. Shrimp is the most popular and effective bait. Whenever shrimp are abundant, spotted seatrout feed on them almost exclusively.

In scientific studies it’s been shown that smaller trout feed almost exclusively on shrimp and other crustaceans, as fish grow larger their diet switches to fish, and the larger the better. This study showed that a large trout will find the largest mullet it can handle and try to swallow it. Often the mullet is half to two thirds the size of the speck trying to eat it.

Speckled trout are a vital sport fish throughout their range, and while the average fish is 19” to 32”, and weighs 3-15 lbs., the time record was caught off Sebastian Inlet, Florida, was a monster topping the scales at 21lbs. That’s a gator trout. 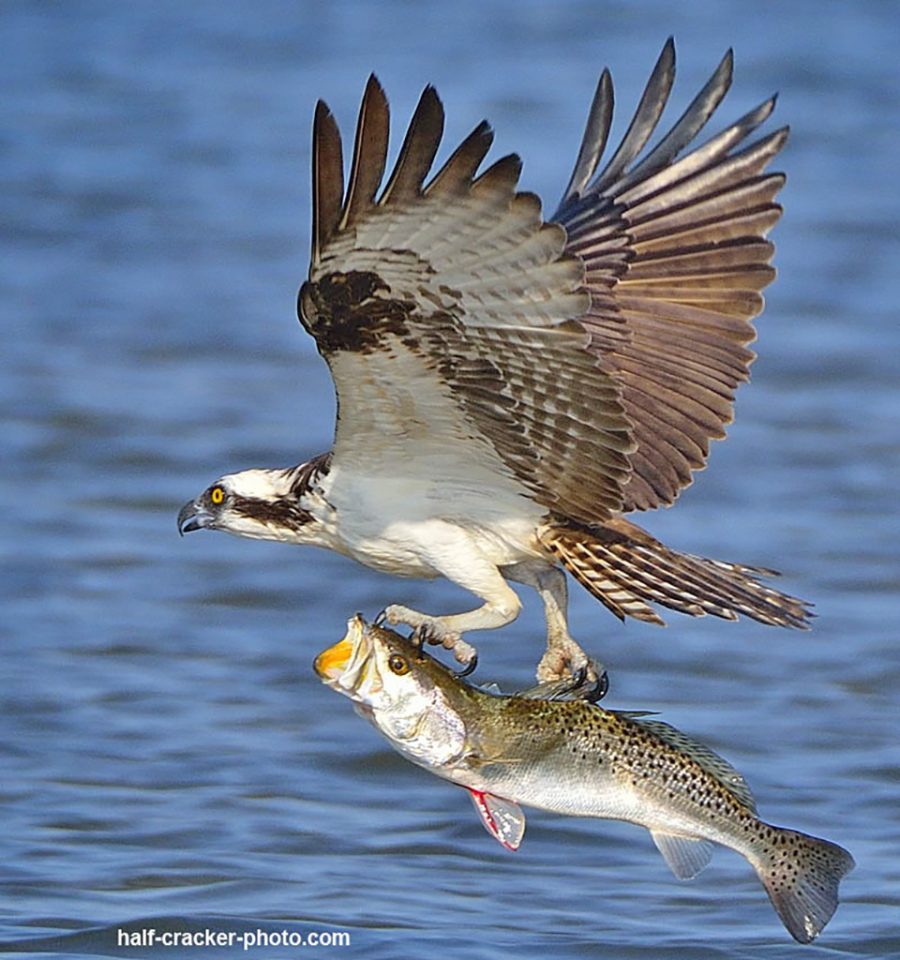 This osprey shows how they earned the name fish hawk. This one has caught a speck and is taking the time to show us the distinctive yellow mouth as well as the spotted back and tail.