A Ponce Inlet charter captain hauled in an unusual catch on a recent fishing trip. Capt. David Stokes says he snagged part of a Dragon – a Dragon space capsule, that is.

In a video above posted on YouTube Tuesday, Stokes said he was trolling for wahoo off the coast of Daytona Beach when he spotted something bobbing in the water. When he got closer, he realized it was a piece of the SpaceX Dragon capsule, presumably from last month’s inflight abort test.

“We went by and I saw the Dragon [logo]. And being a space geek, I noticed it was a Dragon door,” he explained.

Back on January 19, SpaceX intentionally blasted a Dragon capsule from an accelerating Falcon 9 rocket in an uncrewed test of the capsule’s ability to survive an in-flight emergency.

The Falcon 9 booster erupted in a fireball as expected, sending debris down into the Atlantic. But the capsule safely pulled away and parachuted into the sea, where a SpaceX ship fished it out and brought it back to shore – all except that parachute hatch cover, apparently. 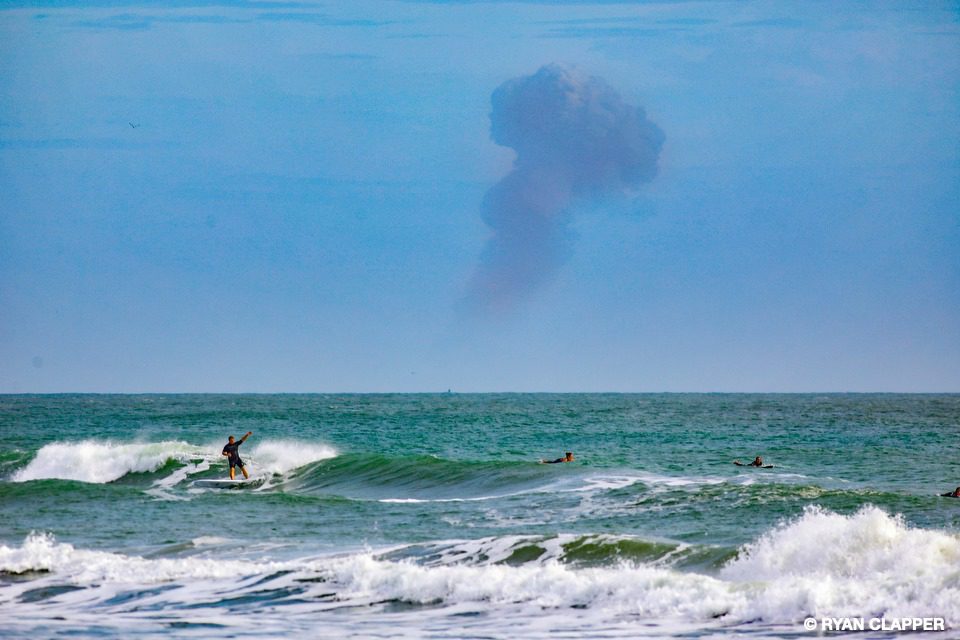 Right outside the Coastal Angler Magazine Corporate Headquarters in Cocoa Beach, FL you could see the smoke from the explosion roughly 20 miles away.
Photo Ryan Clapper