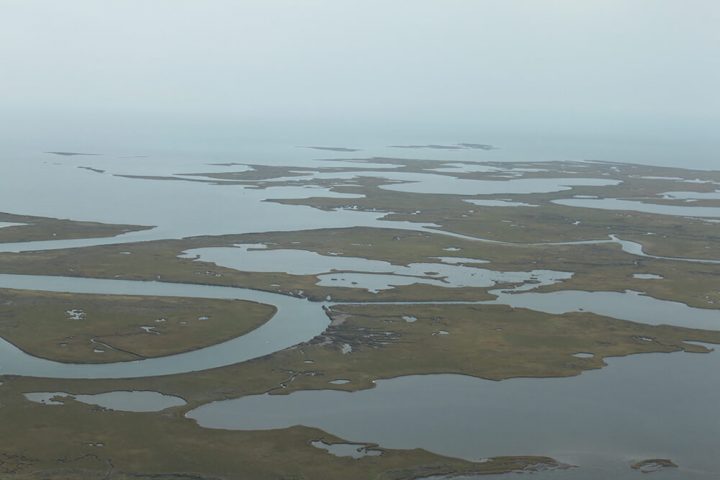 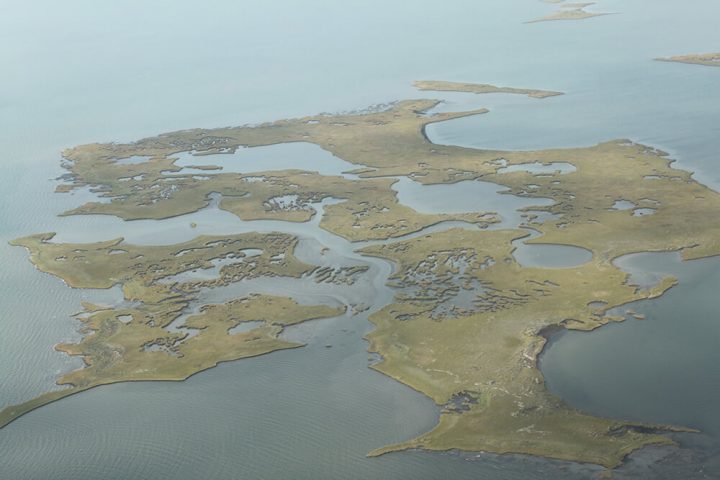 Looking at a map of the Biloxi Marsh south of Waveland Mississippi, two things come to my mind: excitement and fear. The excitement comes from the hundreds of islands, drains, shorelines, bays and cuts. Coincidentally, the fear comes from the same things. The Biloxi marsh is one of the most beautiful, complex, fun and challenging areas to fish in the region. Two things you’ll need are a little know how, and somewhat of a game plan. 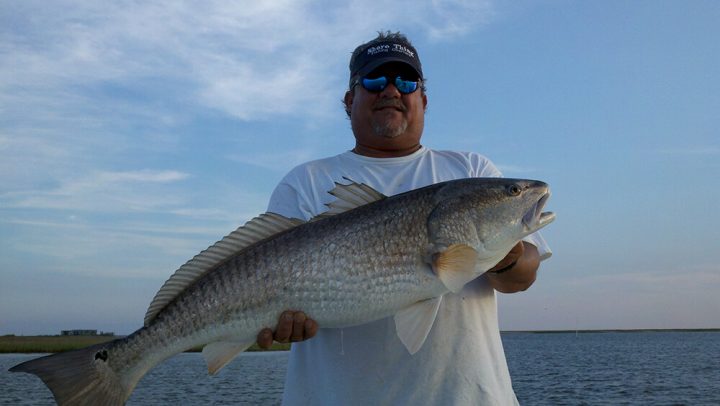 Since moving to Waveland, MS in the early 1980s Capt. Matt Tusa has always fished the fertile waters and beaches of Hancock County. On a calm day, Capt. Tusa and his crew can be in the marsh in under 20 minutes—most pizza deliveries take longer than that. He starts his days looking for birds. “It is an easy target for the numbers and the action is very quick,” he said. He normally looks for diving gulls and jumping shrimp to help his clients get a fast bite. Most of their trout fishing is done in the morning, but deeper structures can help. Tusa explains, “We fish the wells and the reefs over here with big shrimp and croakers because the water is deeper.” The deeper water allows for cooler temperature and you can get the trout even when the sun heats things up. Tusa will get his crew as much trout as he can in the early morning and then head straight for the redfish.

“I like to fish the three-mile area all the way to the west side of the Biloxi Marsh,” he said of the area in which he looks for obvious signs of bait, clean water and tailing fish, though he also looks for telltale signs leading to bad fishing.

“I just don’t fish an area full of those really big mullet rolling and jumping. These areas never seem to hold slot redfish,” he explains. 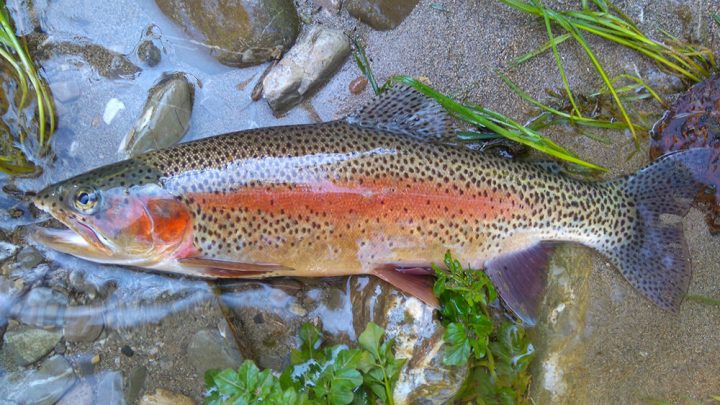 The areas Tusa fishes are flooded grass beds, shell beds, and broken sections of the marsh. Tusa does a number on the redfish but likes to rotate his spots. “If I nail them in one area, I leave that place alone for a few days, to let it recharge.”

A native to Biloxi, Capt. Kyle Jarreau has been around the block a time or two. For the past three decades, he has owned and operated boats for inshore trips, offshore trips, Chandeleur excursions, and Biloxi marsh trips. He and the GPS on his 24 Blazer Bay bring a lot to the table for Shore Thing Charters. He is meticulous in his day-to-day logbooks and updating his personal maps for future trips. Like any fisherman, he is a big fan of the tide, but he does not like the big ranges.

Jarreau says, “Give me a half foot range to work points, cuts and find some birds.” He has caught more fish than most people only dream about, but a new fishery has peaked his interest on the gulf coast. He does his customers justice with trout fishing in the early morning and then goes for reds, drum, and sheepshead. He looks for strings of crab floats that may have signs of rain minnows, pogies, or swimming crabs. “Nothing is better than finding a slick, calm day with bait around the floats.” 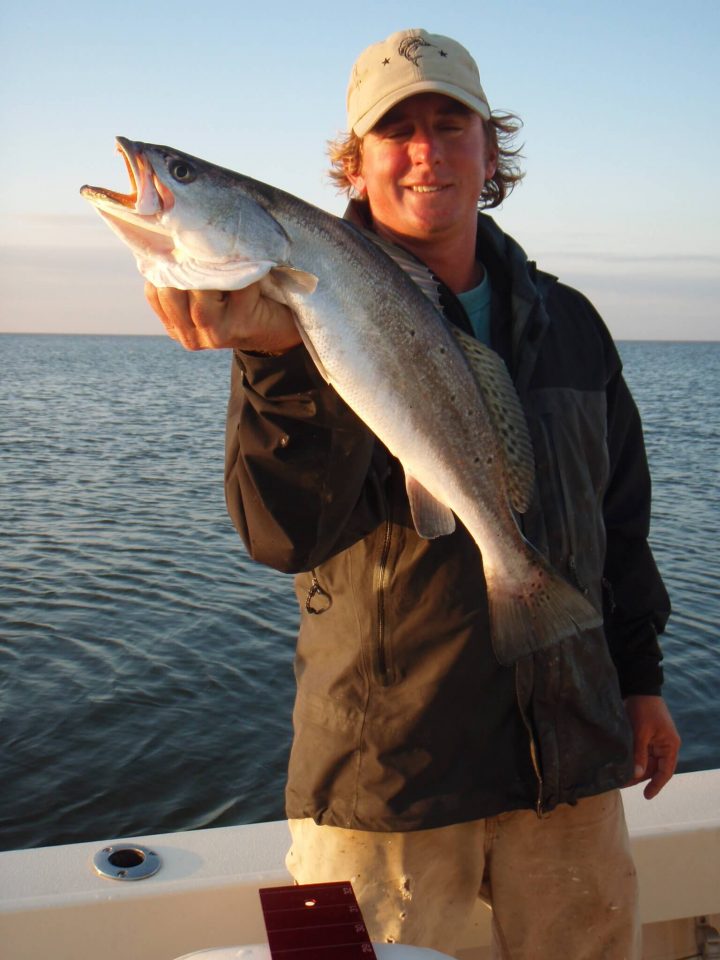 Literally growing up on the waters of the Mississippi Sound, Lake Borgne, and the Biloxi Marsh, Capt. Kenny Shiyou is a true local. Working oyster and shrimp boats since the early 80s, Shiyou knows fishing spots that cannot be found on any chart.

“Some of the oyster beds we worked years and years ago still hold big trout. It’s all about the shells (oysters), and if you know where they are, those big fish hold onto them.”

For the past few years, he has landed the biggest trout and the biggest tripletail of the year for Shore Thing. In regards to tackle, Shiyou says, “You need to roll with the good stuff. We use the Okuma V series and the new RTX spinning reels spooled with 20-pound braid. They can take the everyday use and abuse, but can still handle any fish out there.”

The Biloxi Marsh is one of the best-kept secrets in the world and it is our office. If you have the chance, fish it—our hope is that everyone can enjoy it. 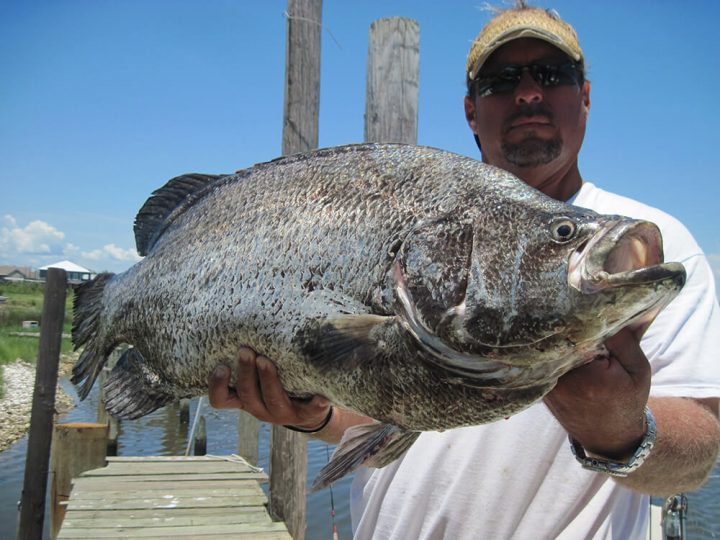