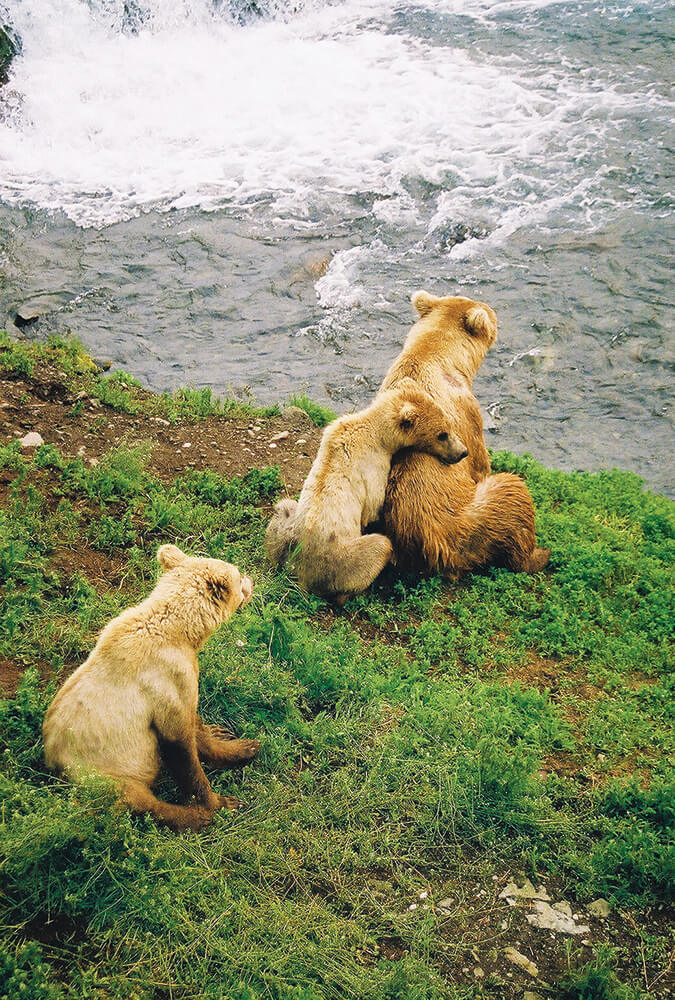 A lot of anglers make trips out West for the world-class trout fishing and magnificent scenery. My personal pilgrimages began in 1987, and I’ve tried to make it back at least once a year since. The Yellowstone region is my favorite, both in and out of the Yellowstone National Park. I’ve been fortunate to observe a lot of wildlife while fishing: black bear, bison, moose, elk, wolves, even a few grizzlies. I am always humbled to be fishing in their territory.

Until recently, I can’t say I’ve truly been fearful at any time. Grizzlies were elusive for almost 20 years for me. I’ve seen several big bears from a distance; I just never crossed paths with one up close.

My relationship with grizzlies took an abrupt turn a couple of weeks ago while fishing the Firehole River. My partners and I were off the road a few hundred yards but still within hearing of thousands of tourists. We had split up on the river, and the fishing was excellent, with great dry fly action for beautiful browns. An hour into the morning, I began walking upstream to catch up with John and Vince. It crossed my mind that these were the “beariest” woods that I had ever been in. It just felt different. My head swiveled in all directions, straining to tune into my surroundings.

Finally, I saw my buddies. Vince immediately yelled across the river that John just spotted a big sow and two cubs a hundred yards upstream out in the meadow, on my side of the river. John told me I needed to be on their side. No kidding! The problem was the river was too deep and swift to cross.

My choices were to walk back through the spooky woods a quarter mile until I found a spot to cross or ease upstream toward the bear and cross where the meadow met the trees. John volunteered to slip up the other side and look for Mama Bear. I timidly followed on my side, staying behind so he could signal if the old girl was still around.

Just as John was about to tell me he no longer saw the bears in the meadow, I stepped past a pine tree and looked to my right. There, about 10 yards away, was the 3-foot-wide hind end of a bear. Thankfully, she was facing away from me and the wind was in my favor. Otherwise, I might not be telling this story. Fear and clarity don’t begin to describe what goes through your mind at this point. It’s amazing how quickly your brain can send the signal to your feet to “Get outta here!”

Fortunately, I think I escaped without her even knowing I was nearby. Interestingly, as I was hot-footing it downstream, I found a place to cross the river that minutes before seemed impassable.

Here’s the advice I want to pass along: If you plan to fish in the grizzly country, carry bear spray.

Jimmy Harris owns Unicoi Outfitters in Helen, Georgia. Check them out at www.unicoioutfitters.com.