This is a good question. An answer to fly fishing speed, however, is not a simple matter, as there are some specific characteristics to be considered. 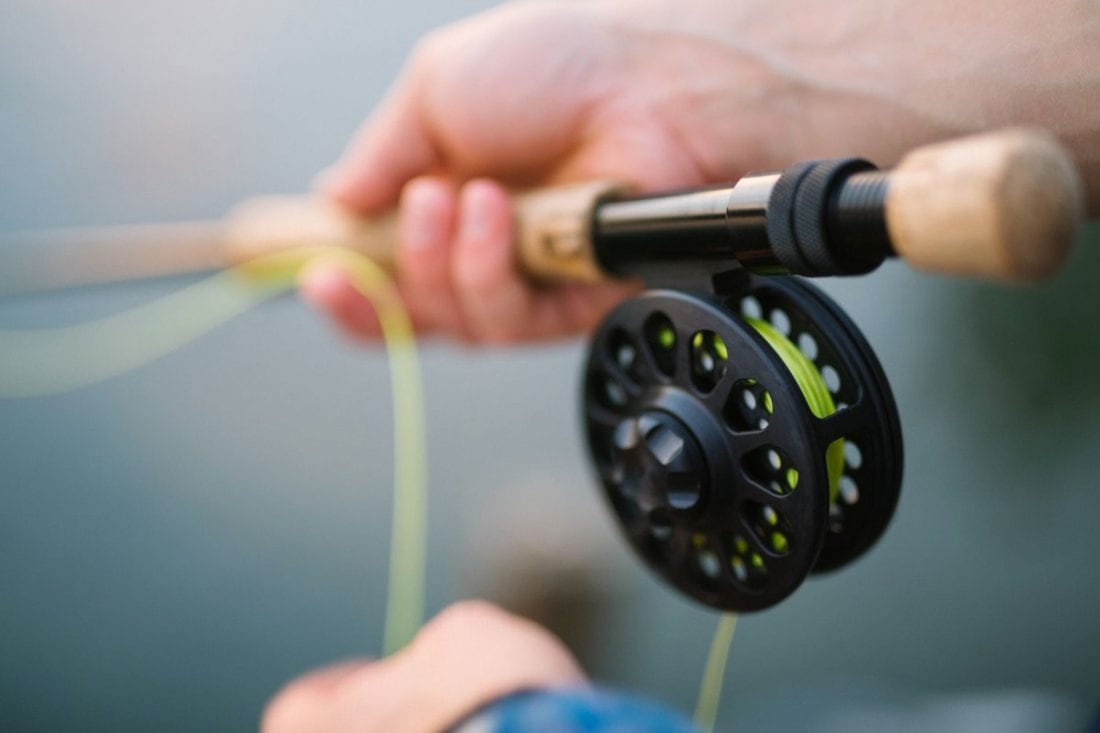 If you are using a fly that imitates the movements of a baitfish, where and when possible, you observe the behavior patterns of actual baitfish. How fast they are swimming? Are they swimming in schools or small groups when being chased by game fish? Are they stunned by game fish before being eaten as they are sinking, or in fishing lingo, “on the fall?”  Most injured baitfish swim in a frenzied motion, so quick and short strips is the best retrieval method. In conditions where the baitfish are lazily swimming about, try a slower, longer strip to get your adversary’s attention.

Keep in mind that baitfish always swim into the current. When fishing from a drifting boat, cast your fly up-current, let it sink and drift in the current until the fly swings at the boat’s stern into its wake. At the end of the drift, allow the fly to gyrate, lifelike, in the current for a few seconds before beginning stripping. This technique often results in a strike, so hang on!

If your intent upon attempting to imitate a crab or shrimp, make short, small strips giving the fly the look of a scurrying crab or shrimp. This move usually gets a fish’s attention. Upon spotting the game fish eyeing the fly and beginning his approach, stop the fly, allowing it to sit motionless. Then move it again in short spurts. This move often resulting in a hookup.

Fish that follow the fly but don’t eat it?

A very frustrating incident when saltwater fly-fishing is when a fish follows the fly but refuses to strike regardless of fly fishing speed. Many saltwater gamefish, slashing and contorting, will closely tail a fly right to the rod’s tip without taking the fly. It’s a very frustrating experience that often leads to the angler scratching his head and feeling totally hopeless. There is, however, an easy way to get a picky fish to take the fly. I call it “sweeping the fly.”

When a fish has followed the fly to within a few feet of your rod tip (usually you’ll have 5 to 10 feet of line outside the rod tip), lower your rod tip and make a sweeping motion as if you were going to make a side-armed back cast. Don’t pull the fly out of the water, but keep it moving. On the sweep, the fly will move smoothly through the water, doing a great impersonation of a fidgety baitfish attempting to escape a predator.

This move enjoys a high percentage of success. The trick is to exercise control over your emotions and not pull the fly from the fish’s mouth when it strikes. The hook set is always very close to you, so be prepared to allow the fish to run. That means being able to manage the fly line as it shoots through the guides.