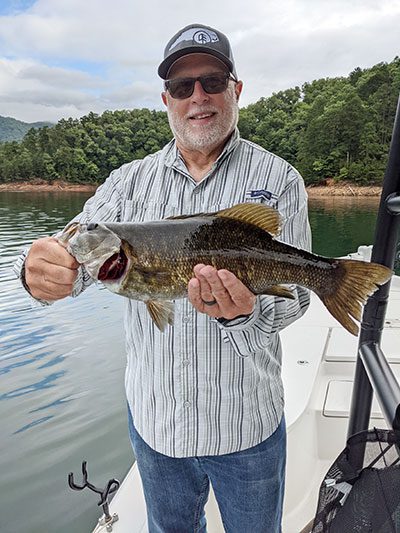 Yikes! November is here and I love it! This is my favorite month of the year. Cool temps, hungry fish, some football, lots of human food, what’s not to like? My hometown lake, Fontana, is coming on after a couple of down years. A couple of years ago, we had a fish kill in the middle of winter, never got much of an explanation as to it’s cause but, based on what I have seen lately, the spots in particular are back with a vengeance. We have caught great numbers and their size is back to where it was several years ago. Most fish are hanging on points down between 25 and 50 feet suspended in about 60 to 75 foot depths. The most effective method has been to troll point to point with downriggers. Try and mark points that are holding more than one or two fish and usually you will hit two or three in a row that hold fish, then it’s a matter of going back and forth until the bite slows. My favorite bait has been the little bass or brown trout colored Rapala, which is about two inches long. 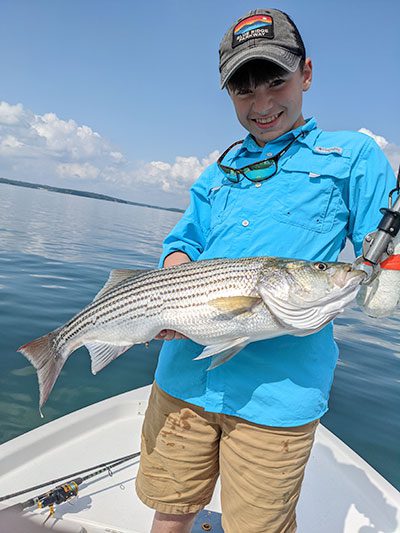 Seems like the bigger fish have been down the lake. Been plenty of fish in the upper reaches, but their size hasn’t been as good. Another factor which has been a little counter intuitive is that there is way more bait in the upper end, which would seem to be where most fish would hold…”find the bait, find the fish.” In this case, I feel like there is too much bait; easy pickings for everyone with a set of gills, but competition for an angler looking to be chosen for a somewhat devious dinner invitation. Just another reason in my little mind for the justification of stocking stripers or hybrids in Fontana. Seriously, let the wildlife folks know we need stripers or hybrids as, the more often they hear suggestions, the more likely we are to get results.

Well, eat another slice of pecan pie, make a turkey sandwich and get to the lake; it’s a wonderful time of year to enjoy God’s gift to us hillbillies. Later, Capt. James.