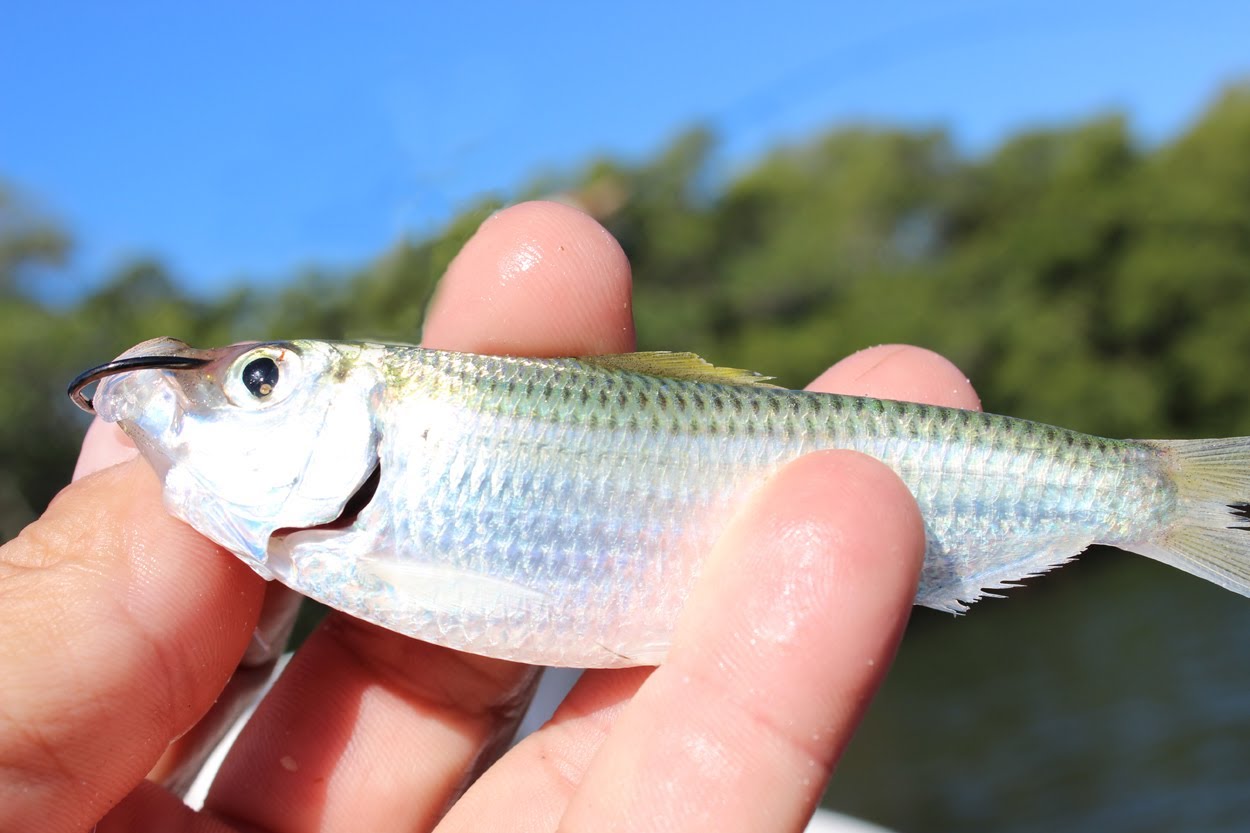 ICAST is the national trade show for the fishing industry and a new line of lures is out and in stock here at Fishin’ Franks. I am going to write about this since I had a lot of input with Rapala on bringing this lure to market. In time you’ll see many versions of this lure from Rapala. As you might have guessed, it is a single hook lure. Since the late 50’s and early 60’s, the standard fishing lure had from 2 to 9 treble hooks fixed to the lure. Five and six treble hooks per lure were common place. It got to the point that many states had to place limits on how many treble hooks could be on a single fishing lure. Now days two or three treble hooks are the norm.

In the modern world of educated anglers, we have finally figured out that a single rear hook provides a better hook-up ratio than all of those treble hooks. So Rapala Lures has engineered a lure for a single hook in the front and back of the lure. The black, white and orange lure you see here in the picture is a remake of the Rapala Twitch series lure. Initially Rapala tried to just replace the trebles hook but when a lure is designed it is made with the weight and the water resistance of the treble hook figured into the action. So you cannot simply replace your treble hooks on your lures and still have them work properly. However you can replace just the rear treble hook with a single hook and the lure will work as well and you’ll still get the improved hook up ratio of the single hook. The key is to replace the treble hook with a VMC “ILS” model in-line hook. A normal hook has the eye at a 90-degree to the shank and these VMC hooks are made to hang the way they should on a lure. Now I would flatten the barbs on the front treble hook, which you must leave on, as you do not need all those the barbs for 95% of fish hook-ups are generally on the rear single hook. It also makes the lure far safer since there are no barbs on the front treble for your fingers to snag. 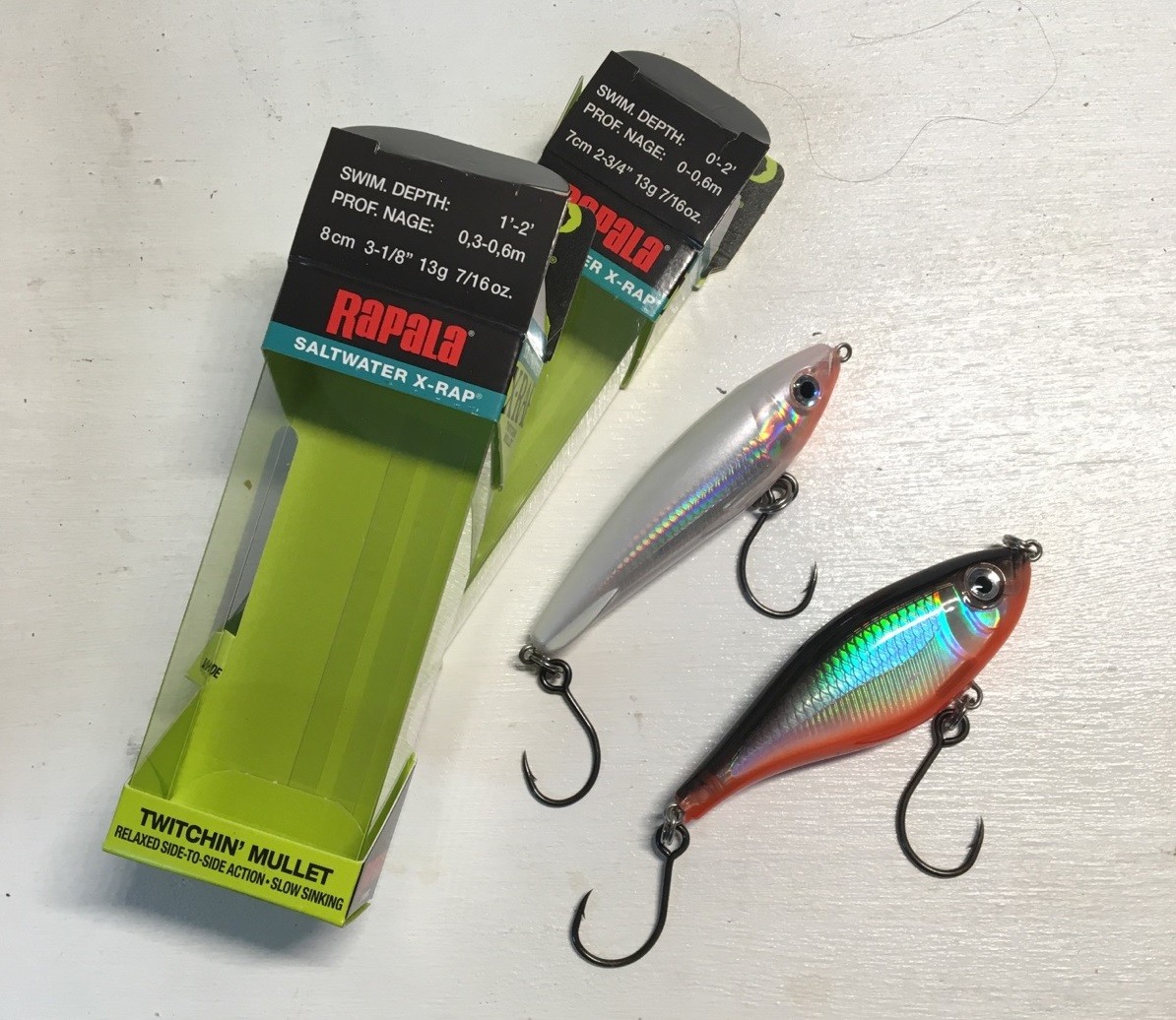 Rapala did an excellent job on these single hook lures and there are more style and shapes then I took pictures of, these are two I really wanted. The Twitch Lure is perfect for the flats or even schooling bass. It works great in 2 feet of water or less on the flats for Snook, Sea Trout, Redfish and even Tarpon. But letting it sink a bit and holding your rod tip low to the water will allow it to dig deeper. The other style is a “sub-walk,” you use it like a Zara-Spook but under the water not on top. Just as deadly. Hats off to Rapala for a more fishable and user friendly lure. Hmmm, I’m not sure if a lure that works this good and tricks so many fish into biting is fish friendly? But it is much safer for the fish and safer for my fingers. Oh, did I mention we have them in stock and on the wall, and even for sale.

Well in the Harbor it’s another month of strange goings-on.

The Threadfins seems to have left the Harbor and though this is not that unusual, as the water is hot and fresh from all the recent rains, what makes this weird is that the white bait has moved in. White bait is a hard scaled sardine commonly named Greenbacks or Pilchards for those east coast readers. OK, I know both the Threadfin Herring, which is a soft scale sardine, and the Greenback both have green backs, so how do you tell the difference? Well the Threadfin has a bright green back with little black dots and a long fin ray extending from the rear of the dorsal fin that looks like a long thread towards the tail. And being a soft scale sardine when you pick up a Threadfin in your hand, your hand is cover in tiny fish scales. Whereas when you pick up a real Greenback “hard scaled” sardine, there are no scales falling off. The white bait, or Greenback, is also much heavier, twice the weight of a Threadfin and it has a rounder body. The back is a darker shade of green almost black. That should give you an idea of why so many lures are colored with a green back and a white belly.   Why would the green backs come into the Harbor if the Threadfins are leaving? Well they like different water conditions. The Threadfins like to be close to the surface. When you look over the water often times you see schools of bait that look like small spots of rain hitting the water right on the surface, those are Threadfins. Greenbacks prefer to hug the bottom. The River has slowed down and is back to around 600 cubic feet per second. So the water in the Harbor while still very dark brown is not fresh all the way to the bottom. Since saltwater is heavier than freshwater, the surface waters tend to have less salinity than the bottom water so the Greenbacks are staying deep. As for what fish feed on Greenies, you name it; Snook, Tarpon, Redfish, Sea Trout, just about any fish that swims in the Harbor.