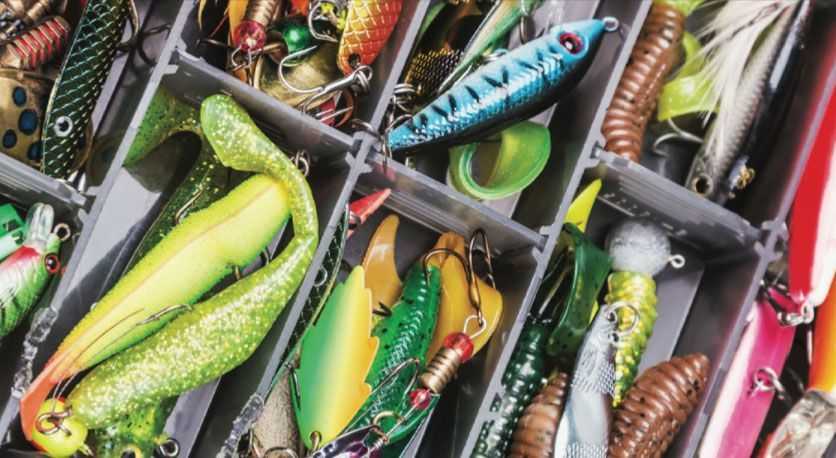 Howdy boys and girls of the wonderful fishin’ world. Here we are in a brand new year with so many fish to look forward to. I can’t help but say see-ya, good bye, farewell, glad you’re outta here 2015! 2015 was a strange year, we started out thinking the Redfish had left Charlotte Harbor and then in August we had more Reds than any year I can remember. Then Snook did the same kind of thing, one day there were tons of big Snook, many over 40 inches, and then all of a sudden they disappeared to wherever the Redfish had gone earlier in the year. I had six months of IRS Audits and a payroll company that did not pay the payroll taxes, which lead to other problems and fines. We had a great time at the Fort Myers Boat Show even though they forgot to turn off the sprinklers and it rained inside our tents until the lure packages started falling off the walls water logged. Then there were the outboard motors that got too old and just gave up. However I will say that 2015 was the year for catching, many years are good for fishing but 2015 was a great catching year.

Now into 2016, record warm water temperatures are going to make this a very different year with the Gulf waters maintaining a 1-degree difference between us and the Panhandle. So the Kings should be hanging around here until the mid-summer’s heat. Redfish will remain cruising along the flats and for you Tarpon guys and gals, there are perhaps twice the number of young tarpon in the canals and rivers this year then I can remember. So that is more than the last 31 years I have been working at Fishin’ Franks.

Lure fishing will become more and more popular in 2016. I get that since when you fish with bait you feel the fish as it runs off with the bait, but when you hook a fish with a lure you get to feel the hit, the smack, and then all of the fight. The ultimate is with a top water lure where not only do you get to feel the hit, you see it as the fish strikes. Just know a couple of things if you are going to start top water lure fishing. Start with a Smith-wick Devil Horse, a Mir-O-lure M-5, or perhaps a Heddon Torpedo. These top water lures do not require special skills like a Spook or a Skitter-walk, which require a specific way of working the lure. The starter lures I named are simple, just cast it out then give it a short sharp jerk of your rod tip. For best effect keep your rod tip low to the water so you pull the lure forward and not up out of the water. The first pull should move the lure maybe 6 inches or less. It just hit the water and got the fish’s attention, the little bit of movement then tells the fish it is alive and good to eat, not just a stick or something which fell into the water. Then give the lure another sharp pull. You should hear a chugging type sound as you jerk the lure forward. Keep in mind that ‘stop’ is as big of a movement as ‘go’ is. Let the lure completely stop. I often let the rings of the splash waves dissipate before I jerk the lure again. This is really the best type of retrieve for Snook, Spotted Sea Trout and many others. However if you are looking for Redfish, the start-n’-stop method is probably not the best, for Reds seem to prefer a more constant movement and noise. Though watching a big huge Redfish blow up on a top water is awe inspiring, it is not very effective for catching Reds. Look at a Redfish’s mouth, it’s way down low on the face while a Snook or Trout’s mouth is the whole front of its face. So when a Redfish tries to hit a top water lure the fish must get its back and body out of the water for the strike. More often, a Red will attack the lure in a circular movement and its back and side will show above the surface of the water. Absolutely amazing to see. If you wish to catch some of these Reds have another rod rigged with a spoon or a jerk bait. When the Red tries to hit the surface lure, pick up your other rod rigged with the spoon or jerk bait and cast at the spot. Here’s the fun part, you’ll still have the top water lure and line out there in the water and the rod in your way. So while holding the jerk rod with the fish on in one hand, you’ll be trying to reel-in the other rod with the other hand with the reel wedged against your hip or maybe your teeth hoping all along that a Trout doesn’t hit the top water lure while you’re trying to get it out of your way. At that point it’s a wonderful clustered FUBAR, the Redfish is fighting the rod in your left hand, the Trout is fighting on the rod in your right hand and you’re the monkey in the middle.

I’ll leave you with that picture in your head for you’ll be on your own at this point anyway.
Good luck and from Fishin’ Frank and The Pirate Crew of Bait Bandits here at Fishin Franks, we wish you a Happy New Year!