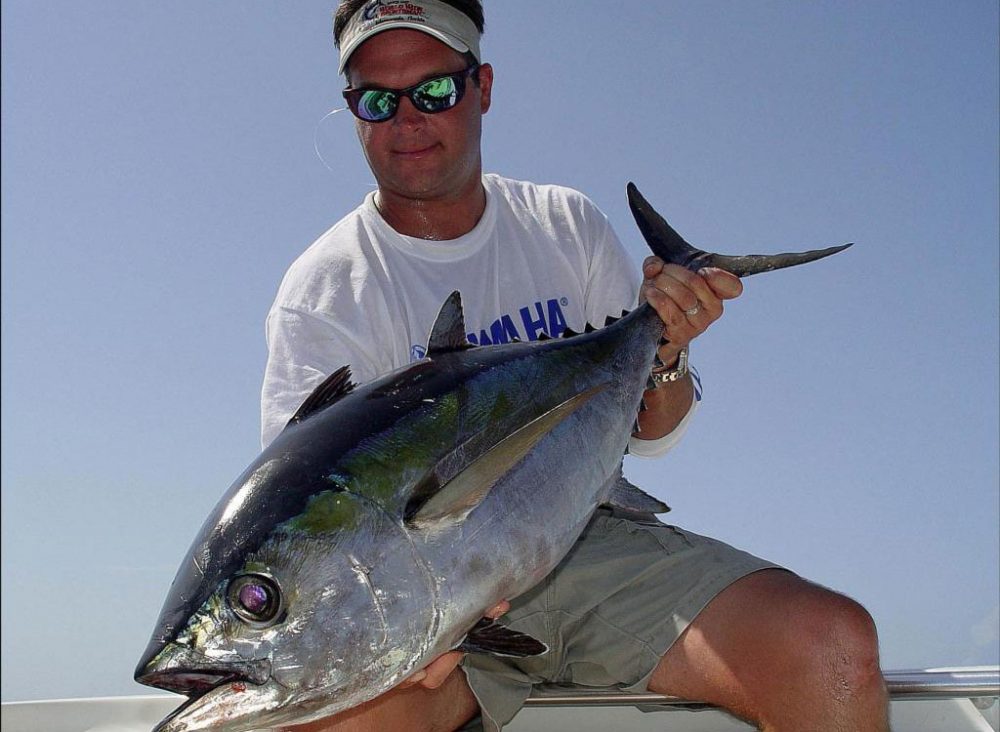 I’m looking forward to fishing this month with the water temperatures just a little below average. For the past couple of months the fish seem to have been holding just outside in the Gulf. Typically this time of year they should have been flooding the Harbor. Could it be the extra freshwater from the heavy rains, or the lighting, or just Poseidon, the God of the Seas, messing with us?  Not all is lost for the fish are only five miles out. When you go out you can still see land and it is really no different than being in the middle of the Harbor as far as distance from land goes. So even a smaller boat can reach the schools of Bonita, Blackfin Tuna, Spanish Mackerel, Jacks, and a host of other fish which are right out there for the catching.
The big question is how do you catch them. Well I would first consider trolling to find the fish. Trolling a set of lures can be the best way to find fish. Most boats have four rod holders, two on the stern and two more in front of those. I set out a couple of deep diving lures, one that goes 20 feet down and one that goes 15 feet down. These are set not to catch fish but more to attract fish. The lures I’m going to use to catch fish are a Storm Twitch Stik and a Rapala 08 X-rap. These small lures will get hit by Kings up to 20 pounds and the Bonita and Blackfin just love them. Another good bet is a skirted lure like a Williamson, the smaller versions with a skipping head or a popping head.

I will troll until I see fish boiling. When you find fish boiling on the surface feeding, approach the school slowly and cast to the edge of the school with small jigs or lures. Small is the key thing to remember, under 3 inches long like a Pompano jig or a small casting spoon. I suggest using a Kastmaster style spoon over a Sprite style spoon. The Sprite style is great but the body of a ¾ ounce spoon is too large. What the fish are feeding on are very small glass minnows and you need to match that. The Kastmaster style spoons are much smaller in size and heavier. So a ¾ ounce is more the size of a ¼ once Sprite. The weight is key for getting the distance when casting, and the smaller body style will sink a bit faster allowing you to easily adjust the depth of your lure. A good crank bait style lure with a lip would be the X-rap 08 or 06. Smaller but heavier for the size, I would also take a Storm Twitch Stik, which would be the absolute largest lure I would throw. Again it is about the lure looking like a glass minnow.

Never cast into the boiling fish, that could spook the fish and make them sound, which means diving deep under water, and they may never come up again. So concentrate on picking off the ones on the outside of the main school. I would cast three feet or more to the side of the main school and reel quickly. The fish are chasing the frightened and escaping glass minnows, so stopping or pausing your retrieve for a second and then picking up the retrieve again can be and often is the key to getting the fish to hit. When a bait fish is being chased by a predator, they will often stop for an instant to see where the predator is even if it is still chasing them. Then they’ll dart off in a new direction. Mimicking this produces more hook ups. 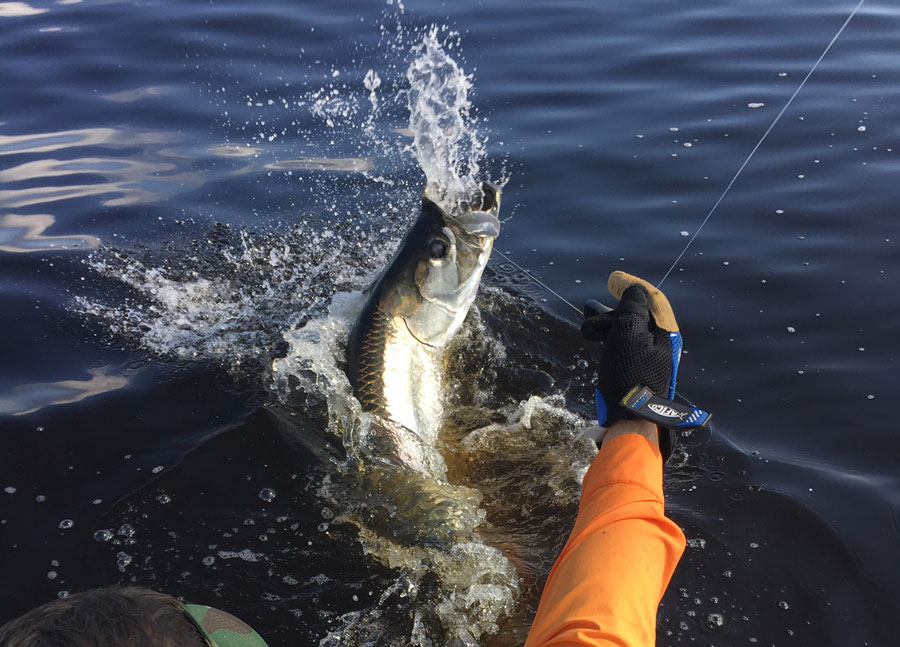 Being five miles out there is also a lot of bottom fishing you can do. You could drift a bait across the bottom or you could anchor up and drop it directly on the bottom, there are so many choices. If you just fished through a school of glass minnows, take a few and send them down to the bottom. There are many opportunistic feeders on the bottom feeding on the bits and pieces than settle down from the action above. And as always, there is nothing wrong in sending a fresh shrimp down to its early grave.

The one rule when fishing in the Gulf, be it far out or in close, never allow a storm to get between you and the shore! Always keep one eye on the weather. It’s a simple rule but hard to do when the fishing is good. If you do get caught in a storm, stay calm and keep your bow up into the wind and life jackets on. Better to be prepared than have that one rogue wave cause a serious problem. I always hope for the best and expect the worse.
Good luck out there, have fun and be safe.