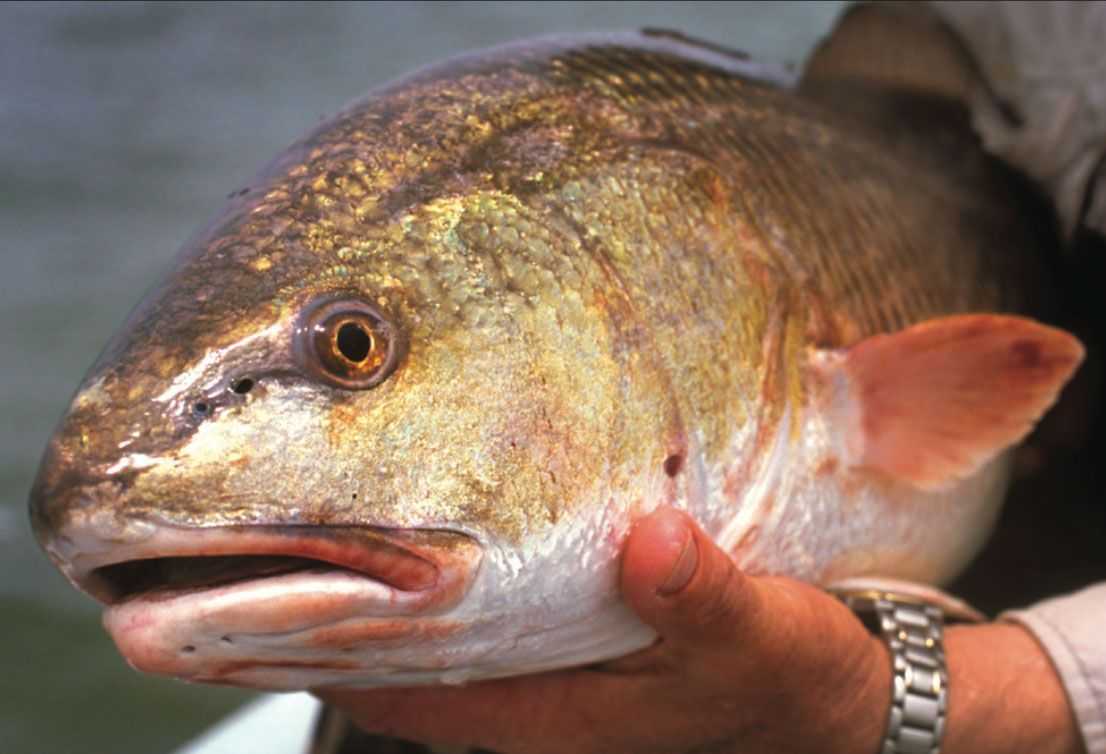 I wait all year to say this, “Red” October, and yes, I am a big Sean Connery fan. October is the month when the schools of 30 pound plus Red Fish come home to Charlotte Harbor. During this month you’ll find them on the sand bars in front of Bull Bay, Turtle Bay, Jug Creek Shoals, and across over to the burnt store on the east side from Pirate Harbor south to Two Pines. Through-out October you should be seeing massive Reds feeding along the sand bars.

Funny last year we spent a huge amount of time searching for the perfect lure for these monster Reds and then Capt. Danny Latham decided to show us how it was done; a 3/0 hook with a 30-lb Fluorocarbon leader and a half sheet of paper towel reeled quickly across the water and he was slaying them. So there ya go, a perfect lure. For the rest of us mere mortals, I would use a Rapala Balsa Extreme, either the new small one which is the hottest lure this year or the standard Extreme. Reeled quickly with some occasional pauses and it makes the Reds crazy. Hint, purple is the best color for the larger Reds.

The big question in October is, will the temperature drop enough to get the kings to start moving south. We get a migration of sorts in the spring as the water temperatures rise, but in the fall it is just sort of a gathering. The Gulf water temperatures will have to drop around 25 degrees from the 90 degrees it is now and once the waters up in Pensacola drop below 68 degrees, the Kings will start moving south for the winter. A few years ago it was more of a migration as the cold fronts hit and the fish moved quickly to get ahead of the cold water.

The good thing is with temperatures dropping gradually, the Kings tend to stay in areas longer not moving as fast.

Snook are another big October event as the cool fronts start to push more of them off the beaches and up into the darker warmer waters of the canals. September has proven to be a great month for Snook and October looks even better. A couple of the stand out lures are the Storm Twitch and the Savage 6 inch Trout/fish thing which may be a little pricey but wow what action it has.

Tarpon are thicker than any year I have ever seen and they will be thick in the canals and rivers by the end of October. The Storm Swim bait 4 inch and smaller are doing well and the 1⁄4 ounce Rat-L-Tarp is still producing, but the D.O.A. Terror Eyes is the best bet. A new comer in the Tarpon market is coming on real strong, the Spool Tech in white-black. Though not doing well when casting it, place it 5 to 6 feet below a float/bobber or balloon and wham, Tarpon on!

The guys spent a lot of time trying to cast at the Tarpon with the Spool Tech with little luck, but Robert placed his under a float and had two in the air and a 100 pounder to the boat. Since then several captains are using the Robert’s rig and they are steady hooking Tarpon. So why the slow results when casting? Some things just don’t make sense and just are what they are.

I am looking forward to the October cool fronts though I wish I could say cold fronts. Sitting on the porch drinking coffee at 5:am is just better when it is a bit chilly. With these cool fronts, the fish begin moving up the Harbor into the Myakka Cut-off and the Peace River where you’ll find plenty of Red Fish, Snook and Tarpon.

The other great thing about October is that shrimp really start to catch fish. So instead of throwing a cast net, I can just get a couple dozen and catch fish. I like to hook the shrimp all the way back by the tail flipper when I am free lining. If you hook a shrimp at the tail end it will not tumble as it flies through the air giving you a 30% longer cast. The other thing is when the shrimp hits the water it will go up under the mangroves as it can pull the hook, leader, and line along with it. The only bad part is that fish tend to eat shrimp head first, so when tail hooking a shrimp give it a 2-count before you set the hook. This gives the fish some time to eat it. When I head hook a shrimp, I set the hook right away as I feel the fish bite since they already have the shrimp in their mouth.

Good hunting this October and if you get a chance, check out some of the huge Red Fish on the sand bars between Pirate Harbor and Two Pines. These monsters don’t stay in the Harbor long and talk about a blast. Hook one and you will never forget your October Red.