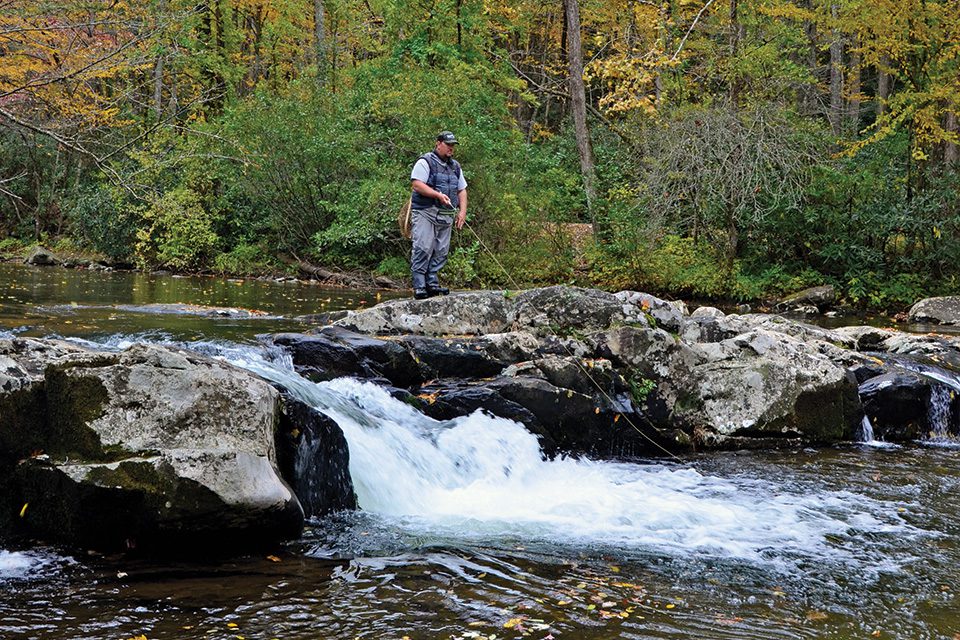 Every river is its own enclosed ecosystem. The specifics rarely translate from one fishery to the next when it comes to trout fishing. But there’s at least one thing you can count on when the first cold fronts roll in and autumn leaves color the banks of our mountain trout streams: the fishing will be good.

The small window between hot summer and cold winter is a trout’s opportunity to fatten up for the lean months. But nature is not kind. Fall does not bring massive hatches of meaty mayflies like spring. Feeding opportunities can be sparse, which forces trout to be opportunistic. It is advantageous for anglers.

Here are some general guidelines to remember when you’re fishing for trout in fall:

Some areas see hatches of October Caddis, also called Autumn Sedge. These big orange bugs are mostly nocturnal, but trout will be looking for them.

Other than that, most fall insect life is small. Blue-winged olives and midges are what trout rise to when cool weather settles in. Bring your box of size 18-24 BWOs and Griffith’s Gnats. Try fishing them behind a large, high-floating attractor pattern so you can track those tiny flies on the water.