I’ve lived in the woods most of my life.
I was taught very early about the gun and the knife.
I followed the animals and learned their ways,
The food they ate and the tracks they made.

I can tell from a track if it’s a buck or doe,
What’s on its mind and where it’s apt to go.
The track also tells if I don’t already know,
If it’s running scared or walking slow.

Some tracks are easy like reading a book.
Some are more subtle and you really gotta look,
Maybe a pebble moved out of place,
Or maybe a rock with a scratch on its face.

The tracks tell a story and the story’s true,
They tell us who we are and what we do.
They tell where we go and how we behave,
They follow us all from cradle to grave.

I’ve come to admire the critters I’ve followed,
They lead me to ridge tops and down in the hollows.
I’ve followed deer, bear, raccoon and rabbit,
Looking for tracks has just become habit.

The man tracks I find are interesting clues,
They’re big and bold and predictable too.
A lost man will usually veer to the right,
Make a big circle and walk all night.

The angry will stomp the fearful will run,
The timid will always follow the sun.
We walk in a rhythm and if you watch you’ll see,
Just where the next track ought to be.

But when I find the best tracks that ever broke sod,
I’m on the trail of the tracks of God.
Now I’ll tell you straight and it might sound cheesy,
But tracking God ain’t the least bit easy.

Sometimes his tracks don’t make a bit of sense,
He’ll take you right through a mud hole or over a fence.
He leaves big tracks that are easy to see,
But sometimes I wonder where he’s taking me.

He leads me through valleys with quiet flowing streams,
And then through dark forest with beautiful sunbeams,
Waterfalls and rainbows and splendorous views,
Fiery sunsets with millions of hues.

Sometimes I get close I can feel his breath,
In a soft summer breeze like a sweet caress.
But then like a vapor he’s gone without a trace,
Can’t feel his hand don’t see his face.

I scan the ground and check the leaves,
He was just here I truly believe.
But then I see it, yep, he was here,
There’s a smile on the face where once there were tears.

Sometimes he’s in a candle on a dark lonely night,
Sometimes a helper in a long hard fight.
I’ve seen his tracks in a marriage minded,
In fact, he shows up where strife has ended.

He likes to hang out in the hearts of his children,
He’ll make tracks in your heart ifin you’re willin’.
I see signs in all sorts of places,
Old people smiles and little baby faces.

He shows up mostly in the lives of his people,
Not always in churches or buildings or steeples.
I guess really what it comes down to,
If you’re looking for him, he’s looking for you. 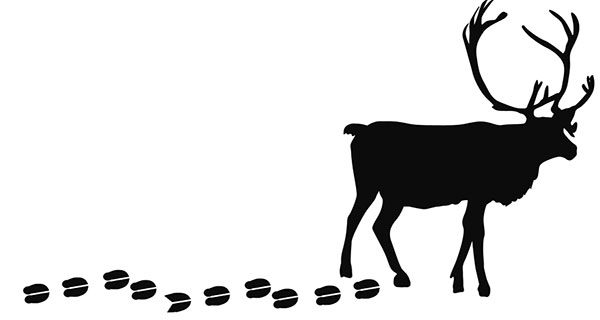