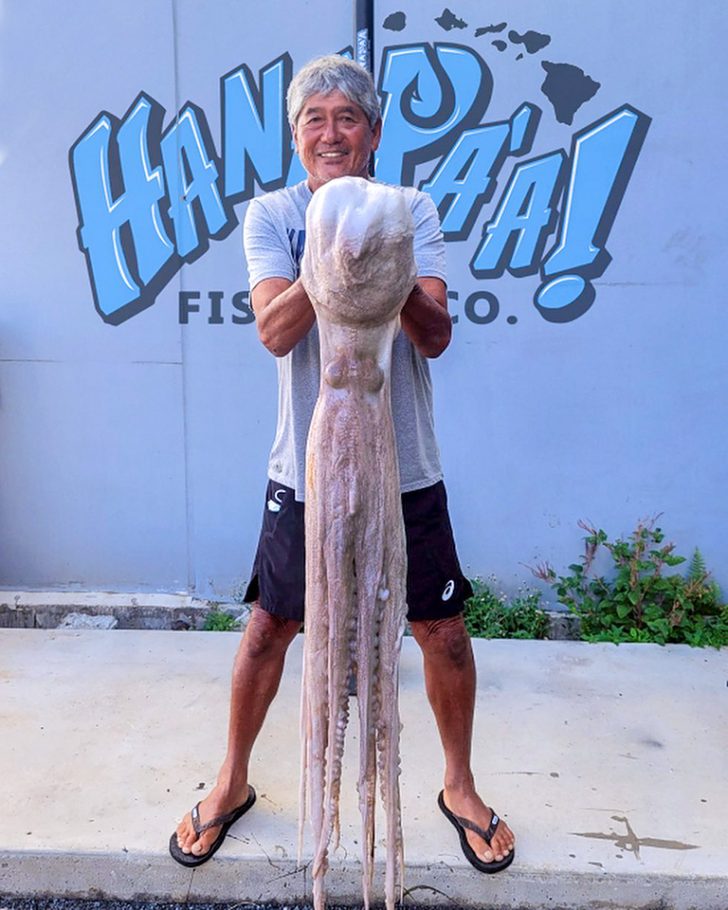 “I finally got him in the cooler, and then I had to sit on the cooler because he was kinda of lifting me up.”

When he returned to shore, Matsunaga brought the octopus to Hana Pa’a Fishing Co., where it weighed in at 25.95 pounds, according to a Facebook post from the fishing shop.

Matsunaga’s catch broke the record for the largest octopus caught in Hawaii. The previous record was held by Matsunaga’s brother, Stewart Matsunaga, who caught a 19-pound octopus in 2000.