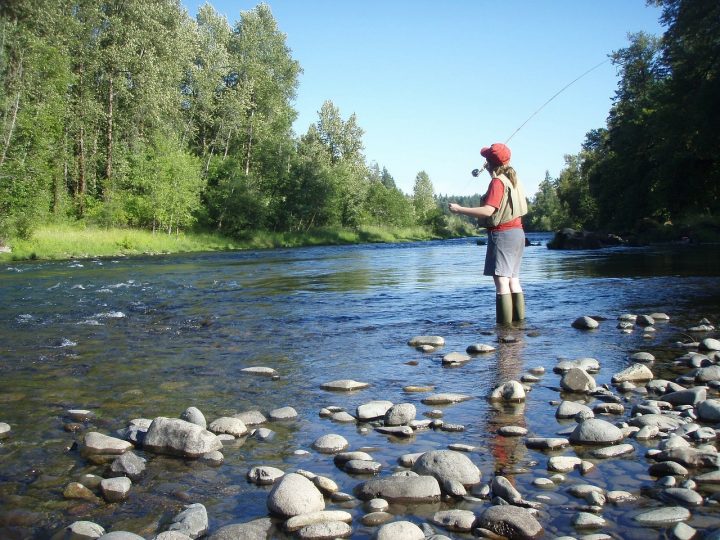 When booking a saltwater fly fishing trip with a guide, a mistake some fly fishers make is overstating their casting abilities. This will most likely lead to frustration for both the angler and guide resulting in a very long day on the water.

Here are a couple of tips to make sure this situation is avoided:

Yep, the old saying “practice makes perfect” is so true. So, before embarking on a guided fly fishing trip, take the time to practice casting to a comfortable distance. For example, if you’re targeting redfish, make sure you can cast to a target at 40 feet. Most redfish are hooked at a closer range, however, being able to make the longer 40-foot cast will make the shorter casts of 15 to 30 feet seem much easier. Remember, casting is not only about proper timing and technique but also how confident the angler is at making the cast.

Like archery, fly casting is all about executing a cast to a specific spot at a certain distance. The best way to accomplish this is to set up targets in an open space in your backyard or at the park. I find the best targets are small orange soccer cones. These are easily seen, have a small diameter and won’t blow away in the wind. I also prefer the orange cones over the traditional hula hoops because it forces the caster to cast to a smaller target area.

Set these cones at the following distances: 10, 20, 30 and 40 feet. I suggest instead of lining up the cones in a straight line, stagger the cones over an area at the appropriate distances. This will force you to make casts in different directions much like you would when encountering game fish in shallow water.

Cast to each target, starting with the cone closest to you and working up to the farthest cone. The key here is to try to only make one false cast before making the final forward cast to the target. By doing this you are forcing yourself to get the cast to the target as quickly as possible without wasting time on multiple false casts. Remember, false casts might look pretty, but they don’t catch fish!

Once you are comfortable casting to each target, start to work on placing the fly as close to the target as possible. As I mentioned earlier, the small diameter of the soccer cone forces you to cast the fly to a very small target zone similar to a fish’s feeding zone. You want to land the fly within a 2 by 2-inch window from the target. Once you are able to hit the target consistently from each distance with one false cast, you’re ready to hit the water.

So, when booking a saltwater fly fishing trip with a guide, don’t make the mistake of overestimating your casting abilities. Follow the above steps and you will become a better fly caster, catch more fish and make your guide very happy.