I grew up on the North Shore of Massachusetts and was lucky enough to spend the majority of my summers as a child in York Maine where my grandparents lived. After the seemingly obligatory father son freshwater fishing trip as a kid which included catching sunfish with night crawlers, I was hooked, and my imagination about the type and size of fish that I could catch grew as I grew. Unlike many of the stories go, my grandfather who resided in York Maine never held a fishing rod in his hand until I brought one to his house. He was a city boy who was a firefighter lieutenant in Charlestown his entire life. We decided to take a try at saltwater fishing. He was happy just spending time with me, and I was happy chasing fish bigger than a bluegill. Many of our late night talks consisted of the few schoolie stripers we had caught from the shoreline throughout the summer months, talking them up as if they were 35+ pound fish.

A few years before my grandfather passed, my grandparents decided to take me to an old inn restaurant in York Village. During the meal I had to take a leak, so I got up and searched for the bathroom. While on my way to find the bathroom, I walked into a hall. The hall consisted of old black and white pictures, all of which were taken in York during the early 1900’s. I began to examine a few of the photographs, and then I came across one that would change everything for me. It was a picture of two men standing behind a behemoth of a shark. It wasn’t a great white, and it wasn’t a mako. I had never seen anything like it. The picture labeled it as a “poor beagle shark”. That picture stayed engraved in my mind for years, until the about 3 ago years when I decided I wanted to hunt that mystifying beast right in York. 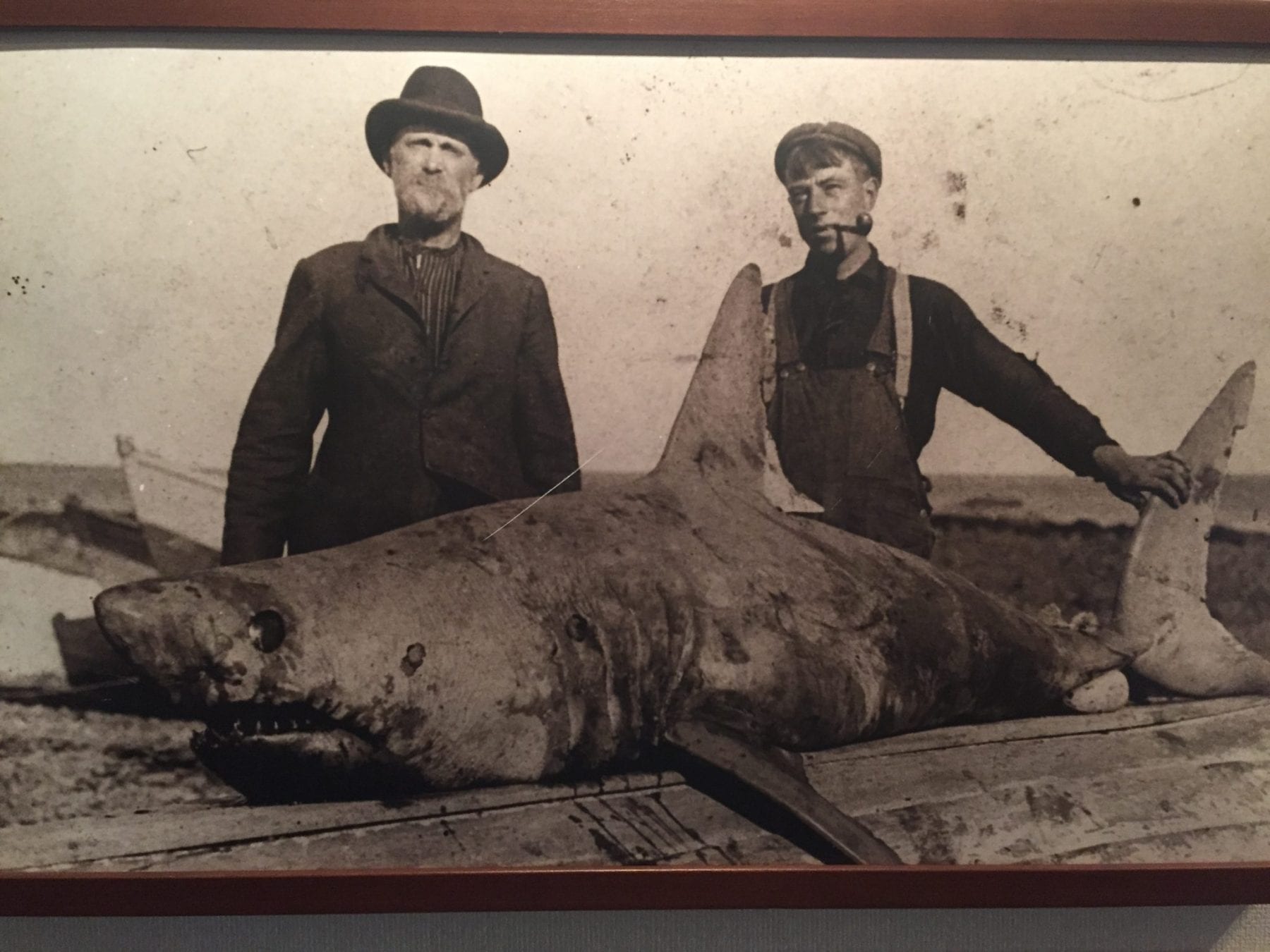 As a freshman student athlete in college, I was broke. The idea of buying a small skiff was quickly met with reality. So I had to begin to think outside the box. How could I chase an offshore shark without a boat? What about a rowboat? No. How crazy would a kayak be? A month later I found myself in New Hampshire buying an old beat up Hobie Kayak from a man I met through craigslist. Perfect I thought. Now all I had to do was save up for one of those beautiful shiny gold conventional reels I saw on TV. I mowed some lawns and catered during the summer months.

That fall I drove up to the Kittery Trading Post and got one of those shiny TV reels, and a Penn Tuna Stick to match. This is it I thought, how cool would this be? That ensuing summer I made my first venture out of the Cape Neddick River and into Maine’s gulf. After a couple hours of paddling out and an estimated 3 miles of total travel, I quickly realized I was not alone. A seal followed me away’s, and by the time I decided I had met my limit as to how far out I’d go, I was met with a pack of porpoises. What always seemed like an empty but beautiful blue shimmering ocean from shore, turned out to be another world full of life. I took 3 more trips out into the abyss, dropping whole mackerel over the side of my kayak with cheap commercial shark rigs I had bought at the local stores. No weights, no chum, no real plan, I was just happy “pursuing” this legend and lore type of adventure. Every time I made my way back to shore after hours of paddling, I found myself smiling every time. I was excited about it, and wanted to tell people, you know, fishermen. My excitement about this was immediately met with criticism. “You’re crazy” one tackle shop owner told me. “It’s a pelagic shark which could not and should not try to be reached by a kayak” another one said. “You’re asking to be killed.” Holding on to any sign of hope, I attended a “Shark Seminar” up in Maine the summer going into my senior year. After it was over I waited till I was the last person in the room while the “registered Maine fishing guide” was packing up his equipment. He’s passionate about this I thought, maybe he’ll be more open to my idea and have some valuable information for me. I told him my plan, and he belched out laughing. That was the day I decided I was actually going to catch the porbeagle. 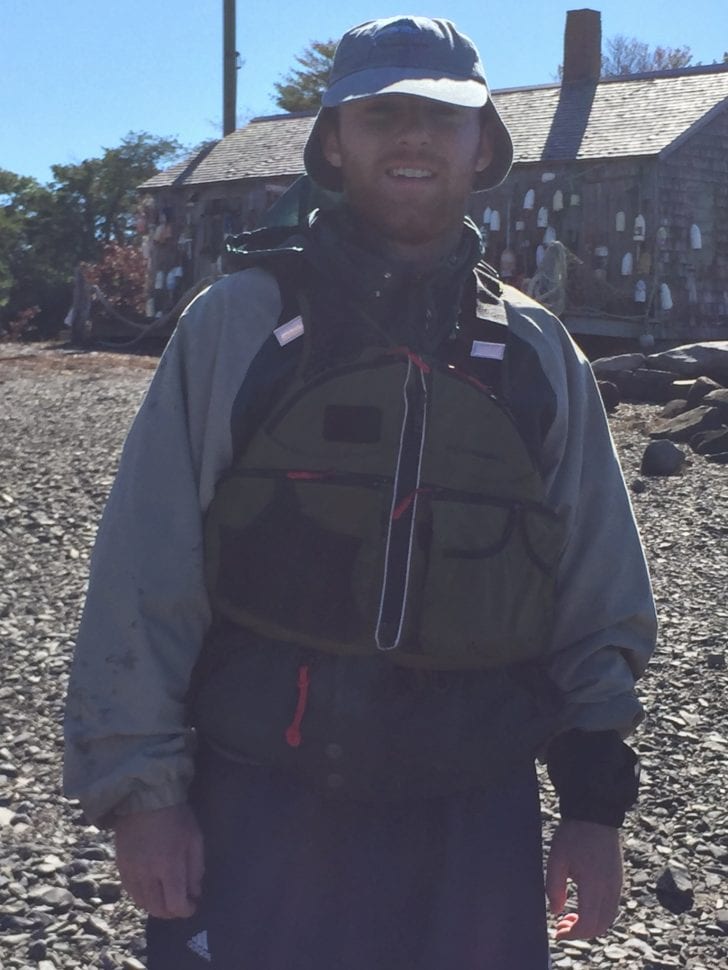