They say the definition of “insanity” is doing the same thing over and over and expecting the same results. In my case however I don’t know how necessarily true that is, but after my first three trips out during this past spring season, I figured I’d have to make a change. The month of May was ruthless on the water. The seas were high and the wind was howling. My first trip out into the Gulf was a disaster. The waves were three to four feet and an offshore wind had me out to sea quickly without even pedaling my Hobie kayak. I plan all of my trips based off of weather patterns and the oceans behavior in order to determine whether or not it is safe to head out there in a kayak. For the past three years that I have been hunting this porbeagle shark, I have learned really quickly that Maine waters are unforgiving, and the situation around you can turn immediately while out there, potentially putting my life in danger. That is why planning ahead of time, preparing for the unexpected, and following the weather has proved to be an essential precaution during my expeditions. These decisions/scenarios are what I refer to as calculated risks. It’s certainly not the safest thing to do, but the reward at the end will be like none other.

After 3 years of intensive research, here is the deal, I myself as a kayak angler, have a very short window in order to have a legitimate shot at one of these sharks in a kayak. That window includes April, May, first half of June and roughly the second half of October. Now of course this could all be inconclusive and completely wrong but these are based off of reports from local and commercial fishermen. The porbeagle is a pelagic offshore shark, that rarely forages for food within possible striking range of my kayak. However, in scenarios such as the spring run of cod, when these ground fish move in closer to shore, porbeagles often follow suit. Due to this, I have to take advantage of any free time I have during these months. What I was reading from a lot of the deep sea charter boats in the southern Maine area, was that many of their customers, while reeling up cod, were being bitten off by porbeagles on their way up, and were left with either  half of a fish, or a lost jig. Finally I thought to myself, why not try to replicate one of these scenarios while out on the kayak? I had a new plan, and I was confident in it. Now the only problem was finding a fresh whole cod instead of the frozen mackerel I was used to buying at the Kittery Trading Post.

I found a fish warehouse in downtown Gloucester that was willing to sell me a whole cod or two fresh off the boat. So, one morning I headed to Gloucester at around 4 AM before work in order to snag a couple of cod before any of the commercial supermarket chains got them to fillet and put up for sale in their stores. The very next morning, at 4 AM, I was awoken by my alarm. I defrosted the chum and cod, and headed out of the river, heading straight to the boon island ledge. I was out there by the desolate island (6-7 miles offshore) for about 12 hours. I was chumming almost the entire time with herring and grounded up mackerel. I rigged up the large cod in an interesting fashion, however I was still confident in my hookset if the poor fish were to be taken by a beast. ALL OF A SUDDEN…just kidding…It was 12 hours of absolutely nothing. 12 hours of sweating and sitting in my own urine within a hot black wetsuit, covered in fish guts. 12 hours of “wasted” time, energy and money. I knew some of the people close to me, that were following me on this journey were going to think these things, however I cannot express how much I disagree. It’s hard to believe that, something that has never been done before, was ever that easy and just happened right away. You have to keep thinking, learning, and above all, keep a realistic, as well as optimistic mindset during a mission such as this one. My account above was from the most recent trip this spring, and unfortunately my last. I plan to refocus, and head into the surf throwing plugs at the much more common and attainable striped bass, but if anyone is following me on this journey, I can’t wait to bring you back on the adventure this October. Dreams are meant to be achieved. 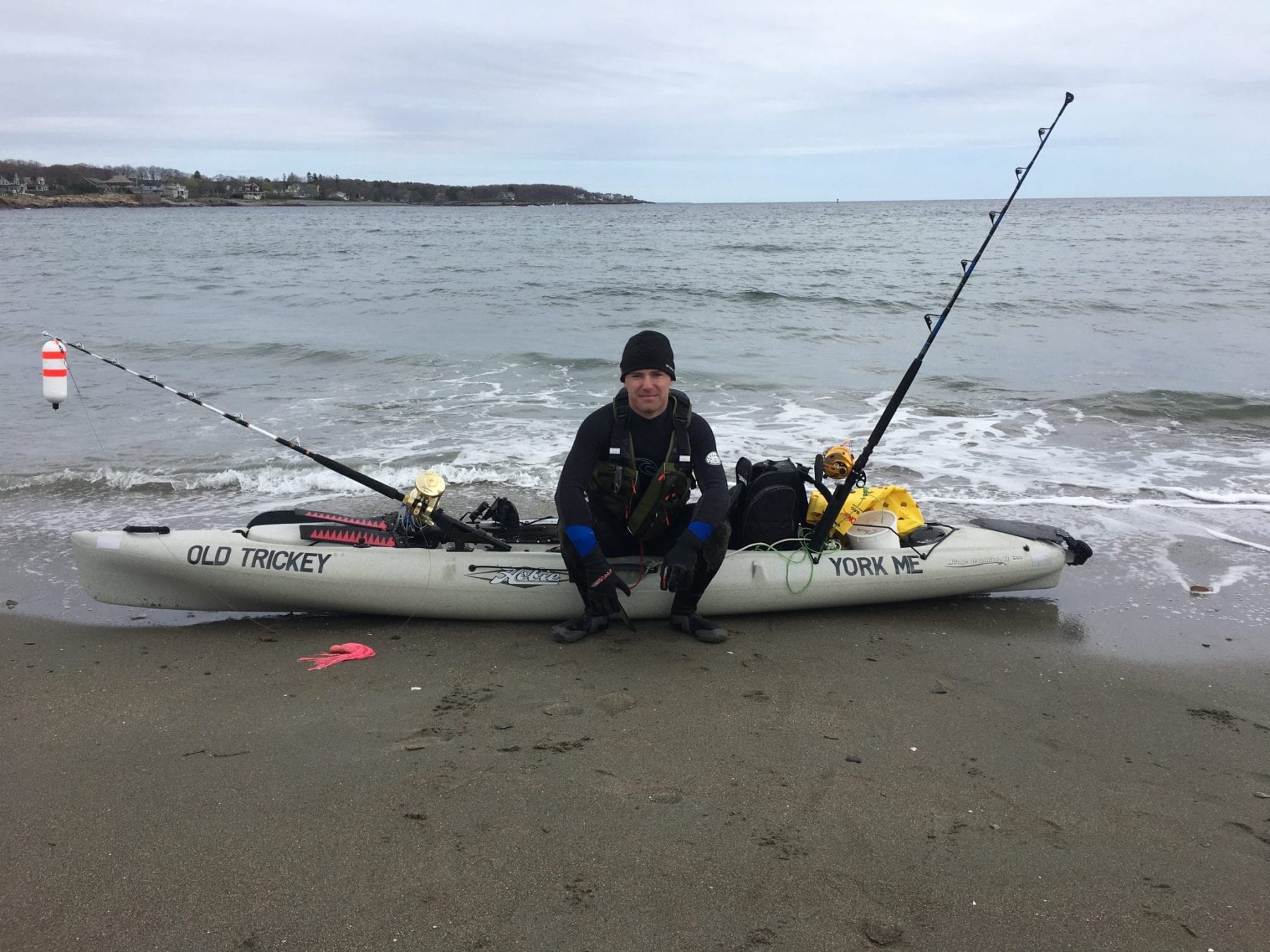