Hurricanes are a big threat in many of the states and can cause severe damage worth millions of dollars within hours. Homes, businesses, vehicles and boats are destroyed and can even harm persons. Protecting yourself and your loved ones is priority over saving physical items when your area is threatening by a hurricane.

But as an avid angler have you ever wondered what happens to the fish and waterways during and after a hurricane?

What happens to the ocean and its properties? 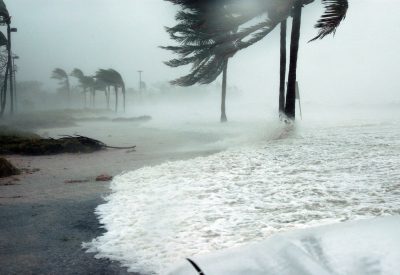 The upper levels of the ocean are typically arranged by temperature and by salinity. That is, colder, saltier water lies below the warmer, fresher water near the surface. When a hurricane comes by, it mixes everything up, resulting in a muddled and more homogeneous upper ocean. That means the surface water is cooler and saltier than it was previously was, and deeper water is warmer and less salty than it previously was. However, in very shallow coastal areas, the large amount of fresh cold rainwater from the hurricane can actually reduce the temperature and salinity of the near-surface water.

Intense hurricanes can generate 60’+ waves. Damaging currents can extend down to at least 300 feet below the surface, capable of dismantling coral reefs, relocating ship wrecks, breaking oil pipelines, and displacing huge volumes of sand on the seabed.

How does a hurricane affect marine life?

Larger marine animals such as sharks seem to be barely affected. They can detect tiny changes in pressure as larger waves at the surface approach, as well as the reduced surface pressure associated with the storm itself, and they also swim deeper or leave the area. However, hurricanes have been known to result in large amounts of dead fish, crabs, sea turtles, oysters, etc. due to reduced amounts of dissolved oxygen in the water, rapid salinity changes, and violent surf.

Just like us humans up here on the surface, marine life suffers for months to several years from the death and destruction following a hurricane.

Here are some reasons you may see fish kills following a major storm event: 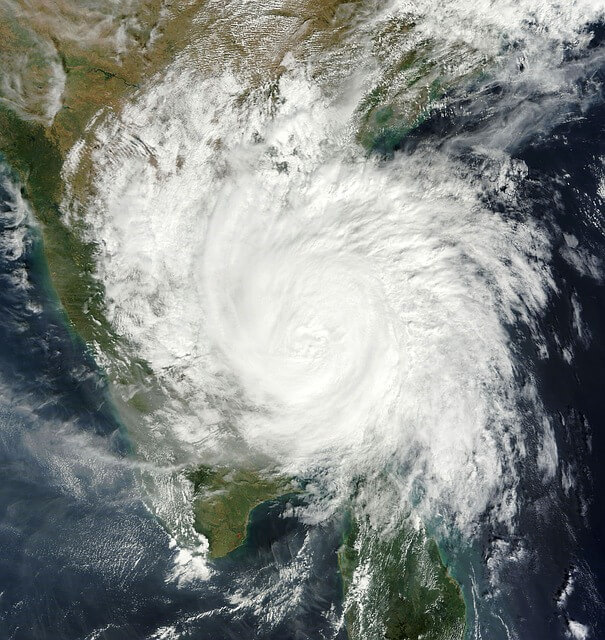 Freshwater flooding from rain or saline storm surge may trap fish in an inappropriate salinity. If this happens rapidly and the fish have no escape, species that are intolerant to changes in salinity may die.

Low dissolved oxygen is by far the most common cause of post-storm fish kills. When oxygen levels get too low, fish are unable to obtain the required amount of oxygen necessary for metabolism. Several factors may occur together to cause this condition:

In small lakes or ponds, wind action may push surface waters to one side of the lake. Water from the bottom comes to the surface to fill the space the surface water used to occupy, bringing with it sediments and organic materials from the bottom. The water from the bottom is naturally low in oxygen. The bottom materials may include hydrogen sulfide; in high enough concentrations, hydrogen sulfide can be lethal to fish and is responsible for any “rotten egg” or “sewage” odors. Bacteria in the sediments are also brought to the surface; these bacteria decompose the organic material from the bottom, using up oxygen in the process. This whole event is termed a “turnover,” since literally, the bottom comes to the top.

In aquatic ecosystems, the oxygen manufacturing system consists of microscopic organisms and aquatic plants that carry out photosynthesis: using energy from sunlight to create carbon-based nutrition for themselves with oxygen as a by-product. When there are long periods of cloudy days, these organisms produce less oxygen. At night, photosynthesis doesn’t occur at all, and these same oxygen-producers are actually using up oxygen during respiration, just like fish and other animals. Under these conditions, it does not take long before there is little oxygen left for fish. Low-dissolved-oxygen fish kills often occur early in the morning, when oxygen levels are at their lowest.