Sii. Sheefish. Inconnu. There’s just something about these fish. These beautiful, tasty Coregonids live interesting, long lives and are a beloved food fish in Northwest Alaska. 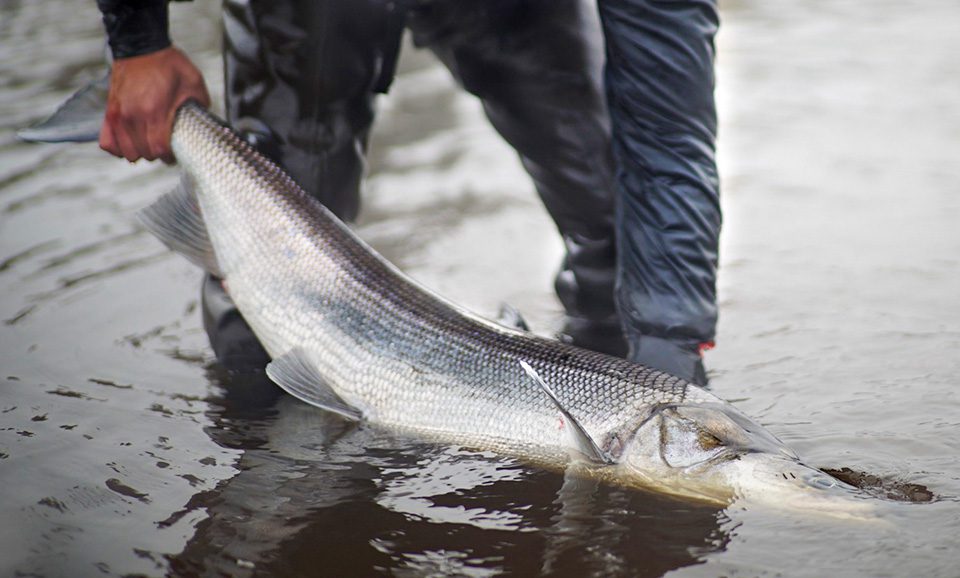 Everybody looks forward to sheefishing. Most people will go later on in the spring when the weather warms up. But people are sheefishing right now.

Every fisherman has their very favorite hook. Everybody that I know, they make hand-made jiggers. Hand-made niksiks. You make use of all the resources that you have in front of you. You make them out of wood. You could use a big moose rib. You know it’s kind of curved. You have a handle on one side and you have your line on the other. And you take your line and to the front and the back of the hook to make your line shorter or longer.

When you’re fishing you’re never grumpy. There’s nothing like that tug.

Sheefish are a type of whitefish. Like salmon, trout and char, they fall within the Salmonid family (note that shared adipose fin near the tail). While some smaller, Interior Alaska populations are residents, the larger populations near the coast migrate with similar goals as salmon. For example — spawning in freshwater to set their offspring up for the best, possible chance of survival then heading down river to large lakes and estuarine environments to exploit richer food sources like Herring and Tomcod. This behavior is called estuarine anadromy.

Sheefish are found only in Arctic and subarctic North America and Asia. Northwest Alaska has some of the biggest and longest-lived sheefish anywhere in the world. Here, they are valued by local communities as a year-round food fish. Selawik National Wildlife Refuge exists, in part, to protect the spawning grounds of sheefish that spawn in the upper reaches of the Selawik River.

If you get a small sheefish, cut it and dry it into what’s called paniqtuq in March/April. There’s still a lot of snow here at that time and it’s a great time to dry sheefish because there are no bugs. 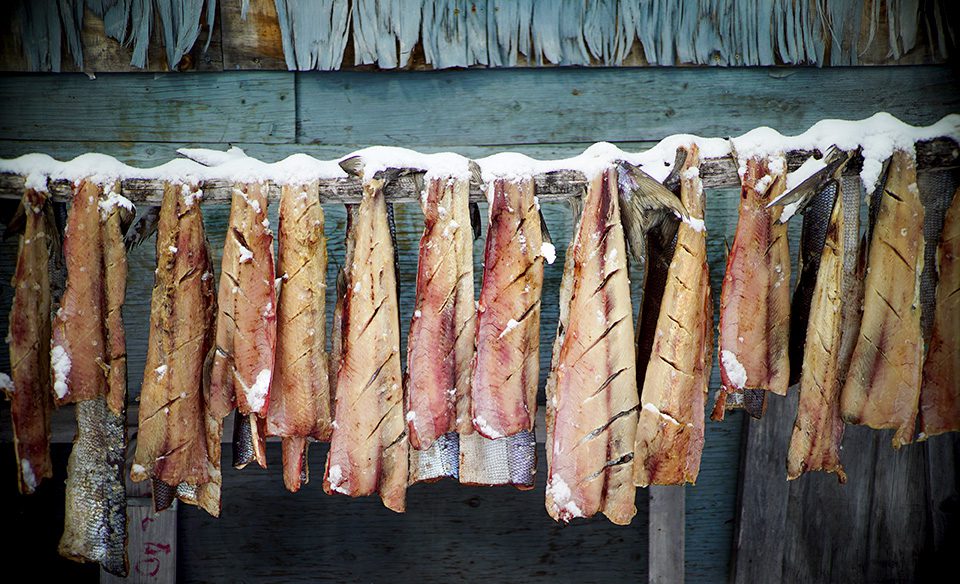 People will eat sheefish frozen with seal oil and it’s called quaq. You can age it before eating.

When I bake mine I slather a little bit of mayonnaise on top, garlic, any kind of spices that you like. Hot spicy flavoring. I like to add bits of bacon.

Cook it on high heat with your cast iron and you fry it with your hot and spicy rub and it’s blackened sheefish and it’s to die for.

Boil the sheefish and squeeze out all the water so it’s extremely dry and flaky. Then mix with caribou, moose, or muskox fat. Then add a variety of berries…whatever berries are available in your area. Mix in seal oil and sugar. Then whip it up. The fat turns just like whipped cream.

When you’re going ice fishing, pack a rope. If you see someone break through the ice your immediate reaction might be to rush to their aid. Although quickly getting into rescue mode is advisable, getting physically close to someone in distress on ice could prove perilous to the both of you. One thing that is far worse than one angler in the water is two, with nobody else on sturdy ice. A rope will allow you to reach out to your friend without putting your own life at risk. Make sure that the rope you bring is long enough to be useful and weighty enough to be thrown. Considering keeping the throw rope neatly coiled in a bag so the entire bag can be tossed to improve the ease and accuracy of the throw while allowing the rope to unfurl behind it. Throw bags are designed for this purpose.

Compiled by Katrina Liebich, Digital Media Manager for the U.S. Fish and Wildlife Service’s External Affairs in Alaska, with Siikauraq Martha Whiting from Kotzebue and Brittany Sweeney and Susan Georgette from Selawik National Wildlife Refuge. Listen to more Fish of the Week! episodes wherever you get podcasts.

As the Service reflects on 150 years of fisheries conservation, we honor, thank, and celebrate the whole community — individuals, Tribes, the State of Alaska, sister agencies, fish enthusiasts, scientists, and others — who have elevated our understanding and love, as people and professionals, of all the fish.

In Alaska we are shared stewards of world renowned natural resources and our nation’s last true wild places. Our hope is that each generation has the opportunity to live with, live from, discover and enjoy the wildness of this awe-inspiring land and the people who love and depend on it.