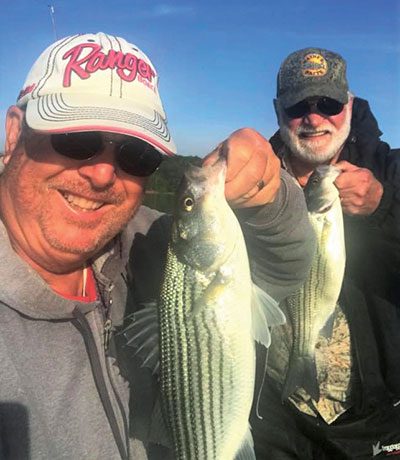 I‘ve been asked, “Is it just about catching fish? Wouldn’t it be easier to go to the grocery store and just buy some?” I began to ponder these questions, and here is what I came up with.

I started fishing when I was six or so. My grandfather (Pop) Wooten had purchased twelve acres out in the country with a big creek running through it. Pop and my dad would take me with them to work on the property. I was too young to help, so to keep me occupied, Pop bought me a cane pole, a tub of red wigglers and made some fishing spots on the creek bank. They were able to keep an eye on me and interact while they worked, and it gave me something to do. I fished there for years and later taught my sister how to fish there too! So fishing was my first babysitter!

When I was about ten, Pop bought a cabin on the Yellow River/Lake Jackson. I was now an adventurer because a wooden flat bottom boat with a 9.5 HP Johnson came with the deal! By now, I was taking friends to the lake with me for the weekend, and we would cruise the willows, setting limb lines and using our Johnson Centuries and Zebcos to cast to cover. It was sardines, crackers and cokes for lunch, and we talked about everything under the sun. We didn’t have a care in the world, just two guys living the life! So fishing is my first social network!

When we were not at Lake Jackson, my friends and I would get our parents to take us, or walk to local pay lakes. One of those friends was Larry Barnes. I was the first guy in our group to get a driver’s license, so we would load up my 59 Ford and hit Lake Jackson on our own, and we did it often! It was our first hangout and our parents approved too.

After graduation, life happened, so Larry and I didn’t see each other for about 40 years. We reconnected in 2010, and what do think the first thing we asked each other was? Have you been fishing? Well, it only took a month or so and we were back at it again until this day, like we never missed a beat.

I have barely mentioned catching fish, which we do, and like doing! I will have to say yes, it is all about that fish. Without that fish, we wouldn’t have a reason to go. And yes, buying fish would be easier, but then you couldn’t have these wonderful experiences.