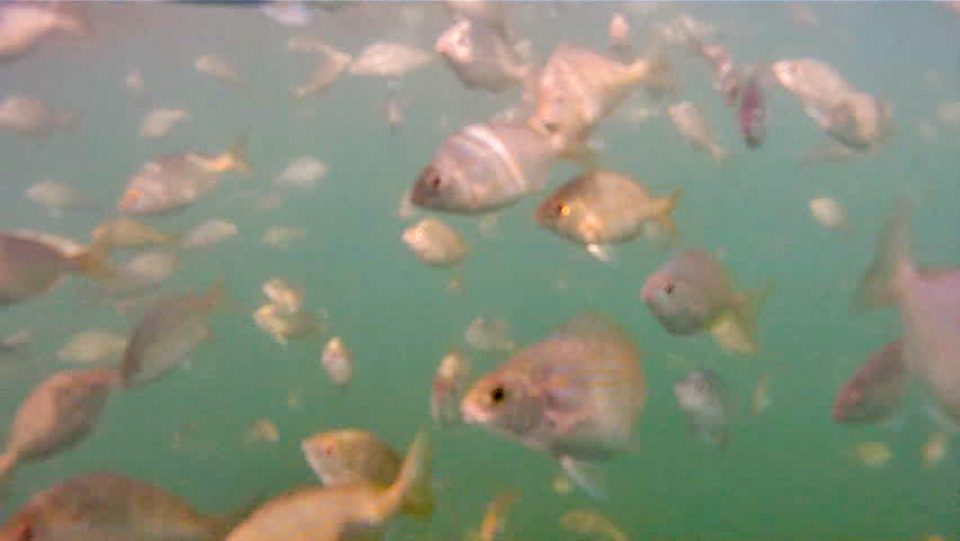 At some point you have to realize the truth about what really holds fish in a certain area and why they show up during certain times of the year.

For example, November is the first “cold” month of the year, and that signal is felt by the massive schools of cigar minnows, sardines and the inshore baby beeliners (vermillion snapper). They are programed to “ball up” for one reason or another. The fish anglers are searching for get the same signal, and they key in on these schools of bait. Gags are now well established on nearshore ledges for their annual spawning run, and it is not coincidence these are the same traditional areas where the bait stages.

At one point in my bottom-fishing evolution, I fished stacks of bait on slick flat-sand bottom that we referred to as “trash piles.” These stacks of bait were miles away from ledges and wrecks, but they held grouper and big snapper just the same. These were giant stacks of cigs and sardines that were constantly followed by red and gag grouper. No matter where these schools of bait went, the reds and gags went with them. Find the bait; find the fish.

Nowadays, I go to the same areas of “good bottom,” and I look for stacks of beeliners to fish on. I have written about this before, but when you find big stacks of bait, catch one of the baits and put it right back down. It increases your odds of catching what you came for. Granted, more gags, scamps and red grouper have been caught on frozen cigar minnows than all the other baits combined, but that was then, and this is now. Thirty years ago, there were so many grouper it was a competitive atmosphere on the bottom, without all the little dink snapper and junk bites. That’s why frozen cigar minnows worked so well. Now, you have to think a little bit, and put baits down that attract the target species, instead of everything down there. A grass grunt or pinfish as big as your hand will eliminate all the trash bites, and zoom in on the grouper. Nothing is a better vehicle to the bottom, creates a better “illusion,” and is a cleaner tackle than plugging one of these live or butterflied baits onto a Decoy Jig.

If you find a stack of beeliners, you need to put some effort into catching some of these beeliners, butterflying them and sending them right back down. You’ll feel all the “junk bites” down there ripping chunks out of your bait, but that’s OK. Be patient. When you get the real bite, there will be no question, and it’ll be worth the wait.

Check out Capt. Tim Barefoot at Barefootcatsandtackle.com,  where there are videos highlighting his tips, tackle and techniques.