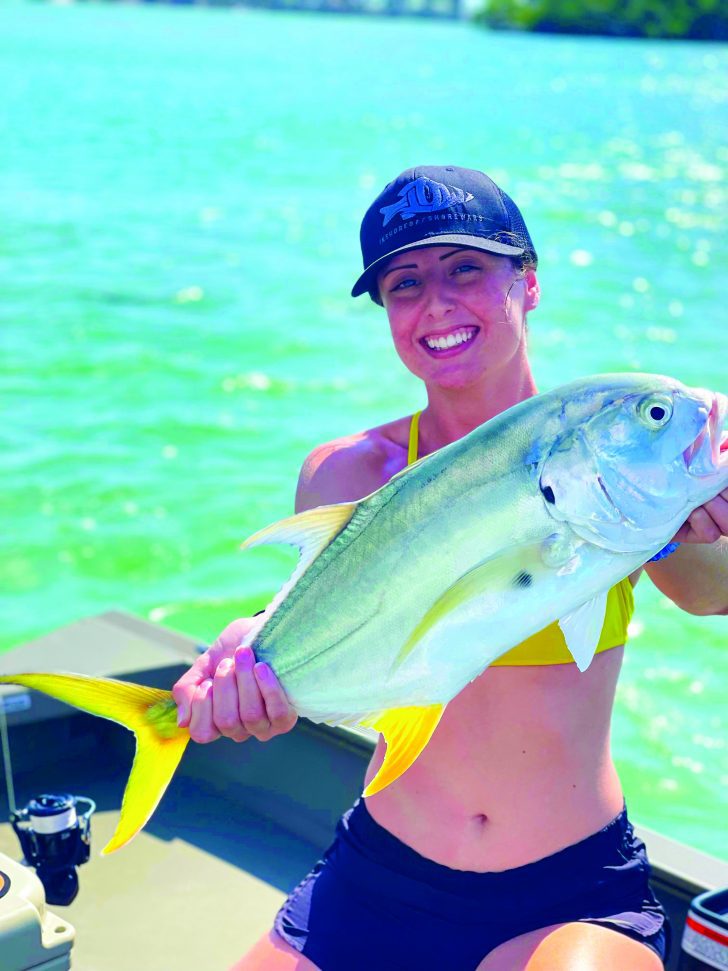 If you are a saltwater angler, then you know these fish give their hardest fight when reeling them in! Jack Crevalle, to me, are some of the toughest saltwater fish species, always putting up a strong fight no matter the size. I remember my first time catching them, under the Jolly Bridge in Marco Island, where we would wake up in the early hours of the morning, get on the water when the sun starts to wake up, cast net our live pilchards, and then head straight to the bridge, ripping them up one after another. I would probably have to say this species of fish is what truly got me hooked to fishing. The fights were intense while reeling them up, feeling like I could almost fall in as they fought hard to swim away, while also having the current act as another obstacle. At this point in my fishing career, I have caught numerous jacks, ranging from big to small, but I can say that reeling them in never gets boring. I also am pretty good at being able to tell when I have a jack on before I see it. The fight is pretty recognizable for me, especially the head shaking.

I have caught and seen jacks in a great variety of places, ranging in my fishing experiences from Sanibel down to the Everglades/Ten Thousand Islands. I have been able to capture them in deep cuts, shallow waters, mangrove areas, flats, boat ramps, marinas, docks, and even out in the open with no surrounding structure. They definitely seem to have an abundant population as most spots I travel to, I almost always catch one. I have noticed some with other species as well, such as along the tarpon and sharks at Robbies in Islamorada, or even near some gators at the Port of the Isles Marina, close to Everglades City.

As much as I seem to catch these fish over and over, I do enjoy them, and have developed some good and funny memories with my jack fishing experiences. One specifically, I was fighting a jack on a boat in the middle of a deep cut in the Ten Thousand Islands, when I tried to get around the bimini as the fish was turning me quickly, I fell straight in the deep and murky water! Still fighting the fish, and having to be pulled up, where once I got back in, terrified and soaked from head to toe, I was able to bring it in. Definitely a crazy memory for sure, as I have noticed sharks and gators swim quite often in the exact area I fell in!