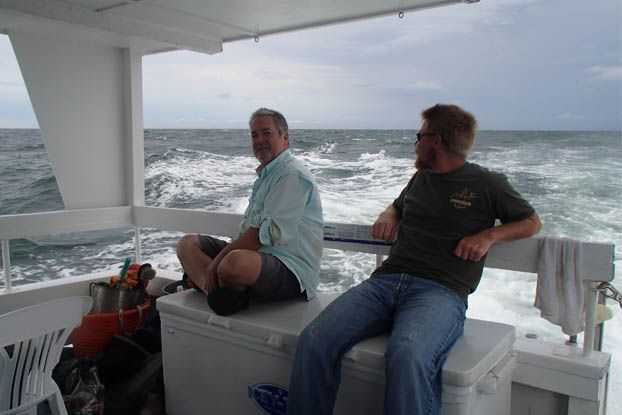 The deep rumble of the engines aboard the Double Trouble made me realize that one of my long-time kayak fishing dreams was finally coming true. We were headed out for two days of kayak fishing at the Chandeleur Islands. Located 35 miles off the coast of Biloxi, Mississippi, this fast disappearing chain of barrier islands has attained an almost mythical reputation for fantastic fishing. Capt. Troy Fountain’s 65-foot trawler would serve as a mother ship for us and for our kayaks as well as our home away from home. Our group, made up of members of the Lafayette Kayak Fishing Club, cracked open cold beers on the deck and watched the sun go down as Capt. Troy navigated out to the islands. 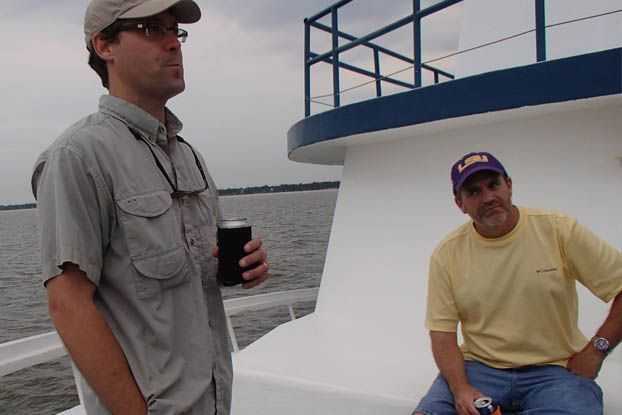 The next morning dawned to rain pelting the top of the boat. We could smell breakfast and hot coffee brewing up in the galley. While on weather delay, we spent some time with Capt. Troy looking for advice on how to fish the area.

“We have the wind out of the south, so I would head up close to the island, then drift back downwind towards the Double Trouble,” he said. “You’re likely to find Specs, Spanish mackerel and possibly some reds on any of these drifts. Most fish plastics or topwaters. Just vary up your presentation and color until you find what they like.”

After a two-hour delay to let a squall pass, we were launched and ready to fish. 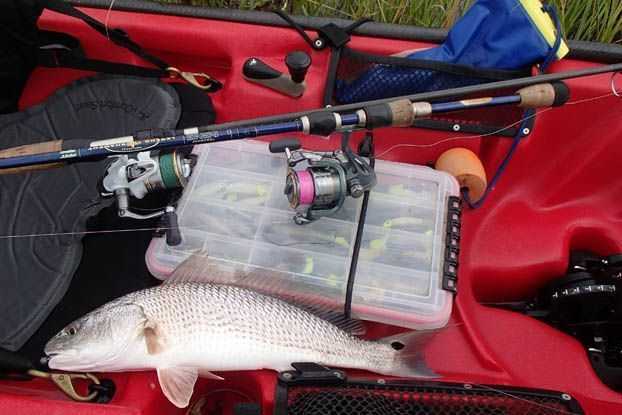 The rough weather had made the water fairly dirty, so after a couple of unsuccessful drifts, I decided to head up close to the island to see if I could find any redfish. Approaching the island, I saw several inlets that created a marsh. Soon I was working the grass lines with a ¼-ounce jighead and a black and chartreuse cocahoe. After half an hour and no bites, it was time to change tactics.

I had noticed that the bottom was firm and sandy even though I was inside the marsh. I climbed out of the kayak and into the water to wade fish. It felt very different to be wade fishing a marsh area. This allowed me to fish slowly up the grass line. When I came across a point located near a trenasse, it wasn’t long before my first Chandeleur redfish was tearing line off my reel. The fish seemed to be focused on the points and I was able to catch several more reds in this inlet. With threatening skies and a stomach that was grumbling, it was time to head back to the Double Trouble for some lunch.

Several members of our group were on board, swapping fish stories as they downed huge sandwiches in the galley of the boat. After lunch, I decided to try drifting the grass beds again throwing some top waters—hoping to catch some of the specs that the Chandeleurs are famous for. I tied on a big Chug-N-Spook since the wind had picked up pushing the chop to about 1 foot. My mind wandered as I drifted—working the big topwater across the swells. I made a long cast to the south and after a few zigzags, my lure was hit harder than anything I’ve ever caught on a topwater. A huge explosion followed by my rod being jerked parallel to the water and line tearing off the reel so fast I thought I was going to see smoke soon. This had to be either the biggest trout I’ve ever caught or a bull red. It turned out to be neither. What I was connected to was a big jack crevalle. 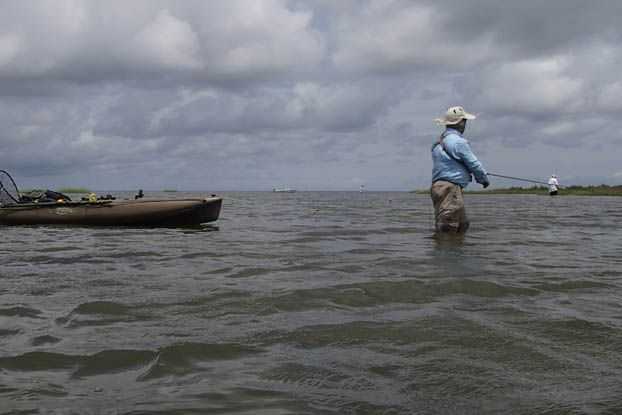 Over the next 45 minutes, the jack proceeded to give me a sleigh ride all over the grass flats. Each time it would tire, the fish would swim on its side near the boat for a few minutes and then take off again. A deck hand had noticed my dilemma about how to handle the big fish and came out to help in a skiff. As soon as he arrived, the jack wrapped the line around my rudder and broke it off. I had always wanted to catch a jack crevalle. Now I believe that I’m cured of this desire. My only wish is that I could have gotten a grip-n-grin picture with the fish before I released him. 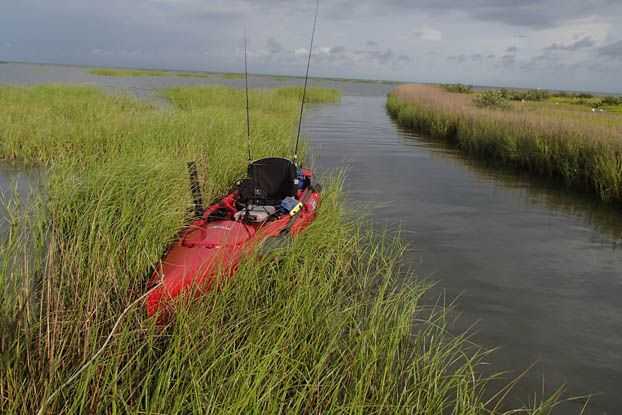 After another great night of food and drink on the mother ship, it was back to fishing the next morning. I headed southwest—out to a large cove I had spotted the previous day. The wide shallow flat leading back into the island was packed with gulls. The birds turned out to be nesting in the area. Their raucous voices filled the air in a way that was inspiring and humbling at the same time. I fished my way up the flat without success. The show that the birds were putting on more than made up for the lack of fishing action. As the squalls began to move back in from the south, it was time to fish a little closer to the Double Trouble.

As I drifted past the boat, I kept an eye out for bait and for moving water. A quarter-mile downwind of the boat, I noticed a current line and started working this with a Marsh Works Killa Squilla shrimp. Before long, BANG, fish on! It wasn’t huge, but when I got it to the boat it turned out to be my first Spanish mackerel. I dropped anchor and continued to fish the current line. The next fish was a nice 19-inch spec—my first of the trip. Over the next hour, I caught 10 more trout between 15 to 20 inches. The squall line got closer and the rain started to fall in buckets. Since the fish were biting, I just stayed put until the fish quit biting. 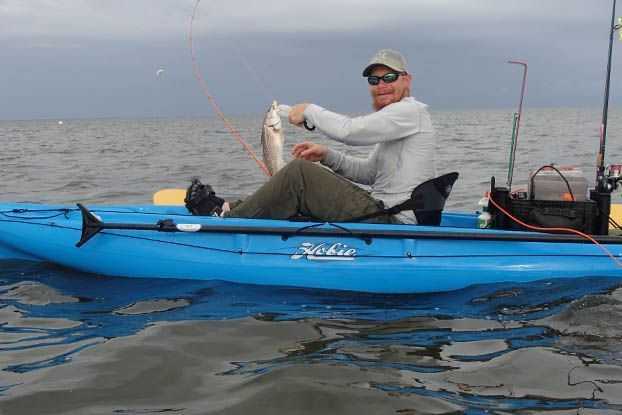 When I got back, the rest of the group had already arrived at the boat. The day was almost over as was our trip. Capt. Troy decided that we had better get back to port with the weather degrading by the hour and a four-hour boat ride ahead of us. In dry clothes and warm inside the cabin of the Double Trouble, I thought back about my adventure. Even though we had very marginal weather, the fishing was amazing. The remoteness of the area, the variety of species to catch and the adventure of living aboard the mother ship with nothing to do but eat, sleep and kayak fish was something I will most definitely do again.