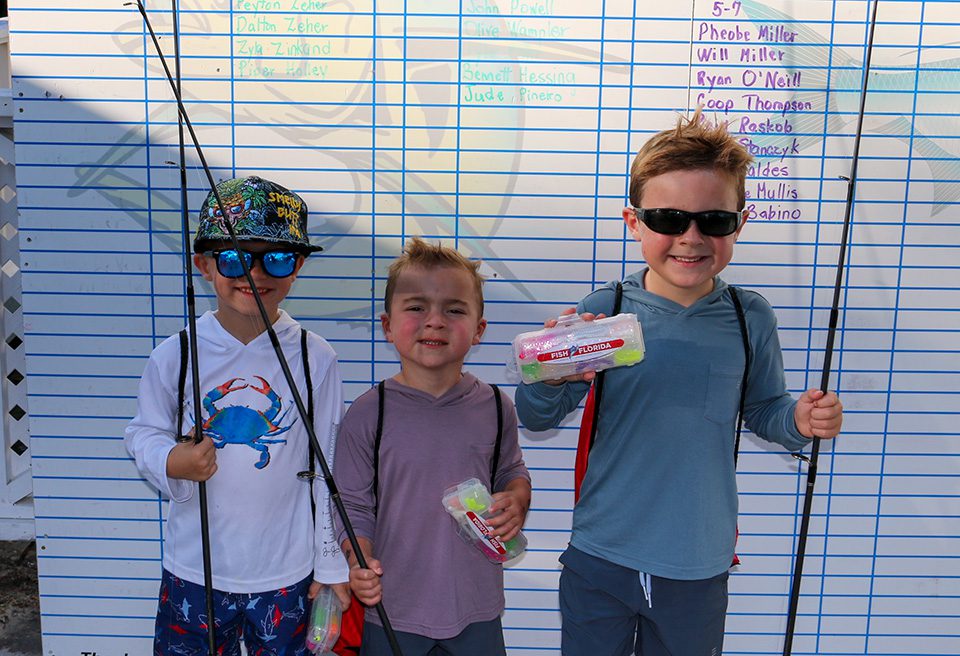 112 Keys Kids participated in the 25th Annual Keys Kids Fishing Derby on September 25th hosted by the Lorelei.  Junior anglers paid no fee to participate.  They fished in one of three different divisions, Offshore, Shoreline or Backcountry and awards were given for three different age groups in each of these divisions. Ditty bags packed full of fishing goodies from many local businesses and other donors, including a fishing rod for each angler from Fish Florida, were handed out to all kids who fished.  Lines were in at 9AM and the weigh scales closed at 1PM. 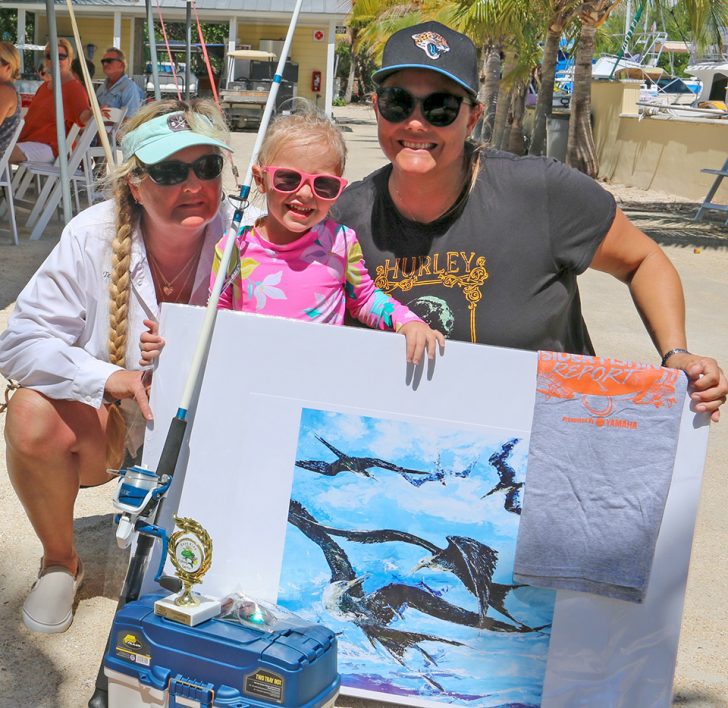 Nine year old Brandon Greenwood would take home top honors with a 10.3 pound Black Grouper.  Brandon took home a fishing rod from Tackle Center of Islamorada, a framed print, a tournament trophy, award certificate, tackle box, as well as other prizes and a story to tell for years to come.
Elida Brack only three years old, won Most Outstanding Catch with two Snook releases one 27.5 inches long. Elida and all the other winning anglers were awarded fishing rods from Tackle Center of Islamorada, Pasta Prints, tournament trophies, award certificates and lots of other goodies.

Over half of the anglers registered for the shoreline division, most fishing from the docks at the Lorelei, the home of the derby.   Weighmaster Hudson Wampler weighed a .9 Muharra for two year old Bella Bastron winning the 0-4 age division.  Second place was Riley Carver age 4 with a .8 pound Snapper followed by Triton Zinkand age 3 with a .6 pound Grunt. The fish were all released immediately after being weighed in.  The largest fish caught from shore was a 1.0 pound Snapper released by 9 year old R.J. Michelini.  Angler Lukas Oakley age 6 weighed in and released a .9 pound snapper to win his division.

The backcountry division’s largest fish would be weighed in by Anthony Vargas who is 9 years old.  The Jack Crevalle weighed in at 2.4 pounds. Sadie Stanczyk weighed in a 2.2 pound Jack to take top honors in the 0-4 age group and Ryan O’Neill age 5 won his division with a 1.8 pound Snapper. 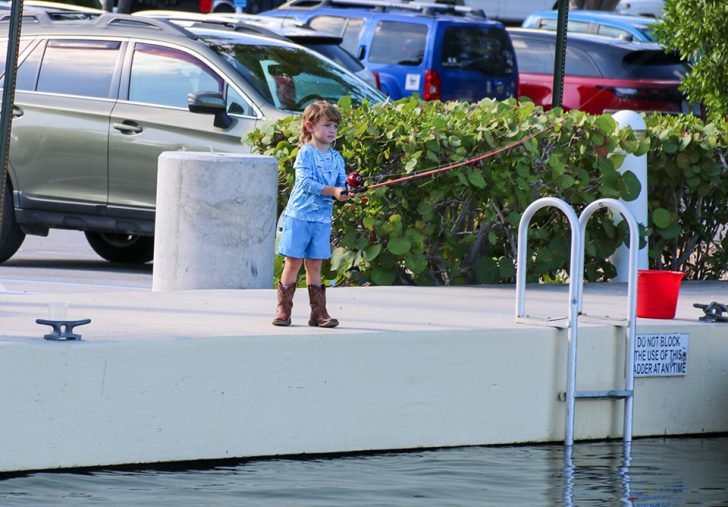 “Tournament founder Kathy Lewis was with us in spirit,” stated tournament director Dianne Harbaugh, “I miss her tremendously.  The Keys Kids Derby’s main purpose is to educate young anglers about fishing. We have everything available here at the Lorelei for kids that would normally not have a chance to go fishing.  This includes fishing rods for each angler from Fish Florida, who funds their efforts thru the sale of Fish Florida sailfish license plates. This is the best day of the year, just watching these kids have fun catching and releasing fish.  There are so many kids that get to catch their first fish! Without the help from the Islamorada Fishing and Conservation Trust, the Islamorada Charter Boat Association, Alina Davis and other local supporters we could not have made this such a great event.” 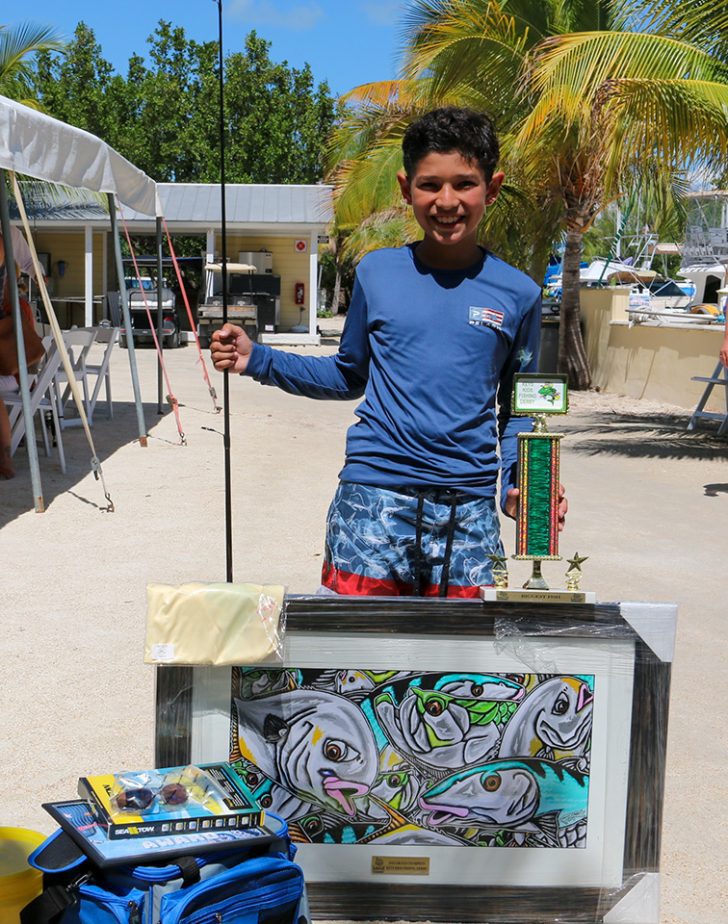 A huge thank you goes to the Lorelei for chumming the waters with chum supplied by Tackle Center of Islamorada.  Tackle Center also supplied all the bait for our junior anglers. Sportsman’s Adventures donated all the ditty bags, Pasta Pantaleo backed, bagged and supplied prints for all the winners. MJ Hudson took all the wonderful pictures.  Island Arms was on site to talk with kids and teach gun safety.  A casting contest was held on the beach where anglers won a multitude of prizes.  Lorelei was amazing donating juice and donuts in the morning.  They also supplied hot dog and soda later in the day handed out by the Veath family.  A special thank-you goes out to the local captains who came by to help the kids and all the volunteers helped bait hooks, keep score, check in anglers, hand out awards and make the day go perfectly!  We would like to thank all those who helped to make this event the success it was.  We can’t wait until the last Sunday of September next year! 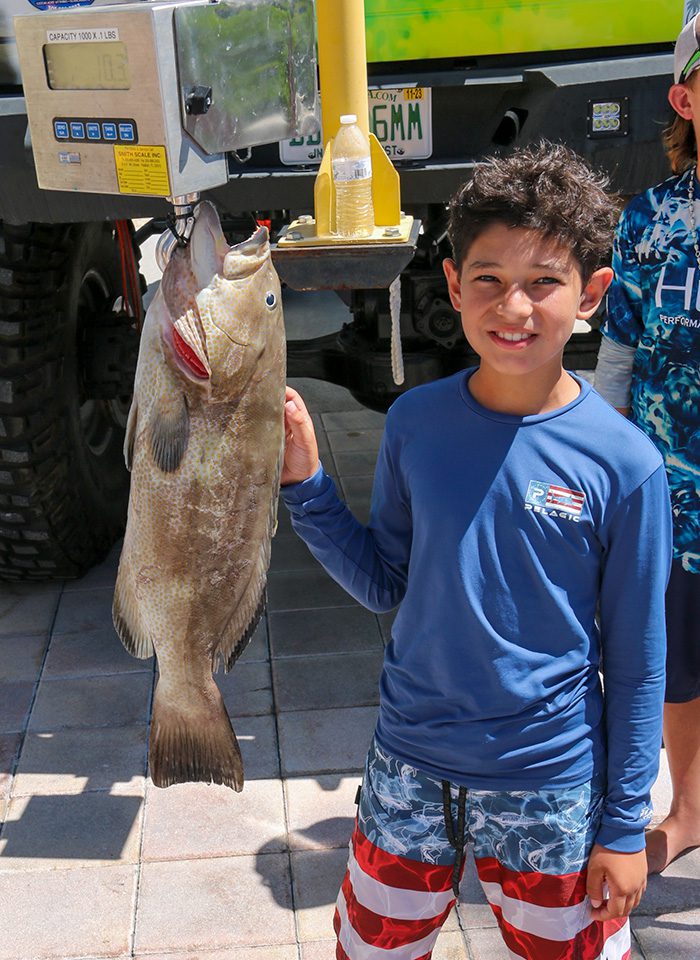 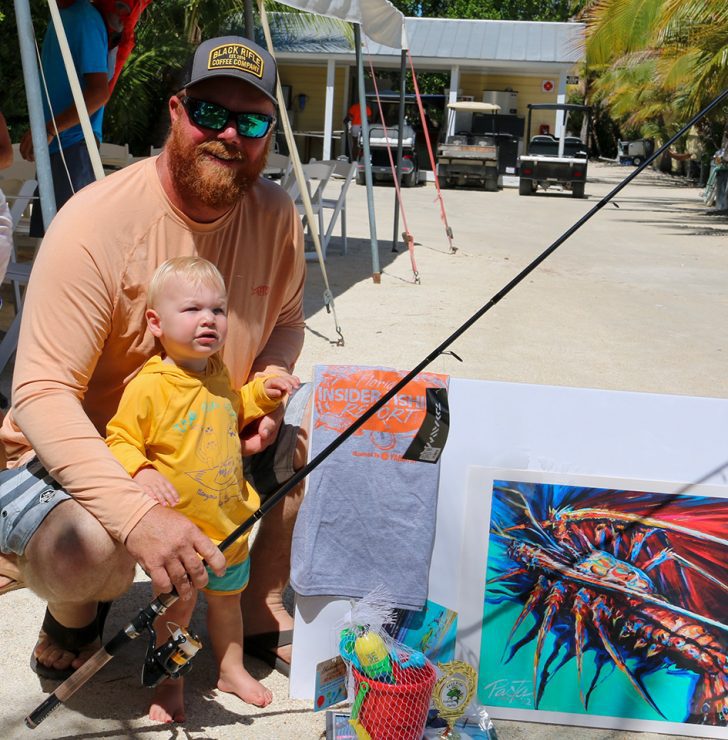 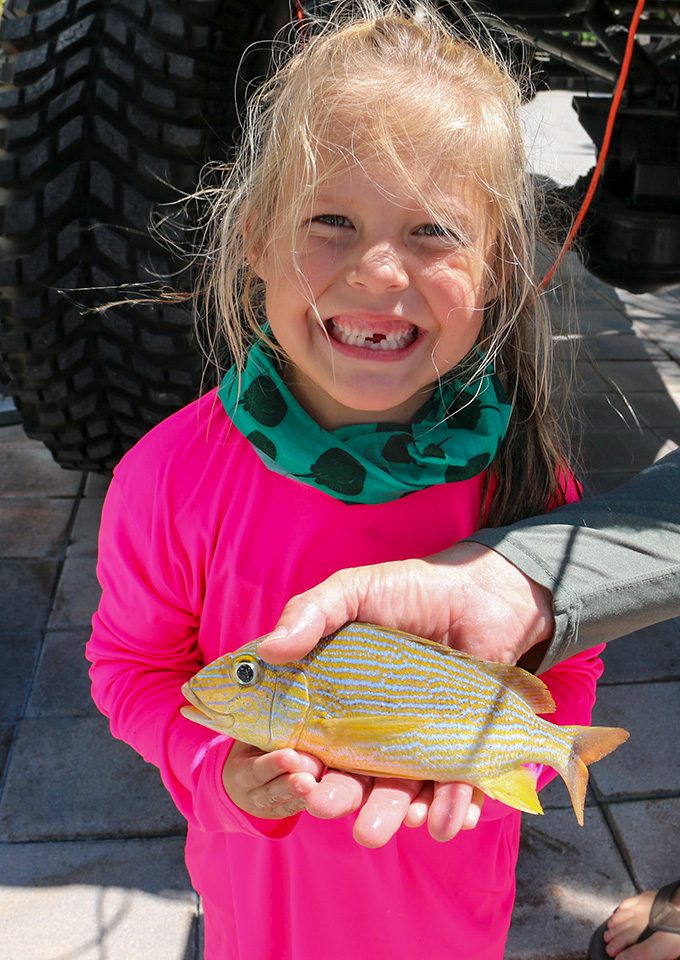