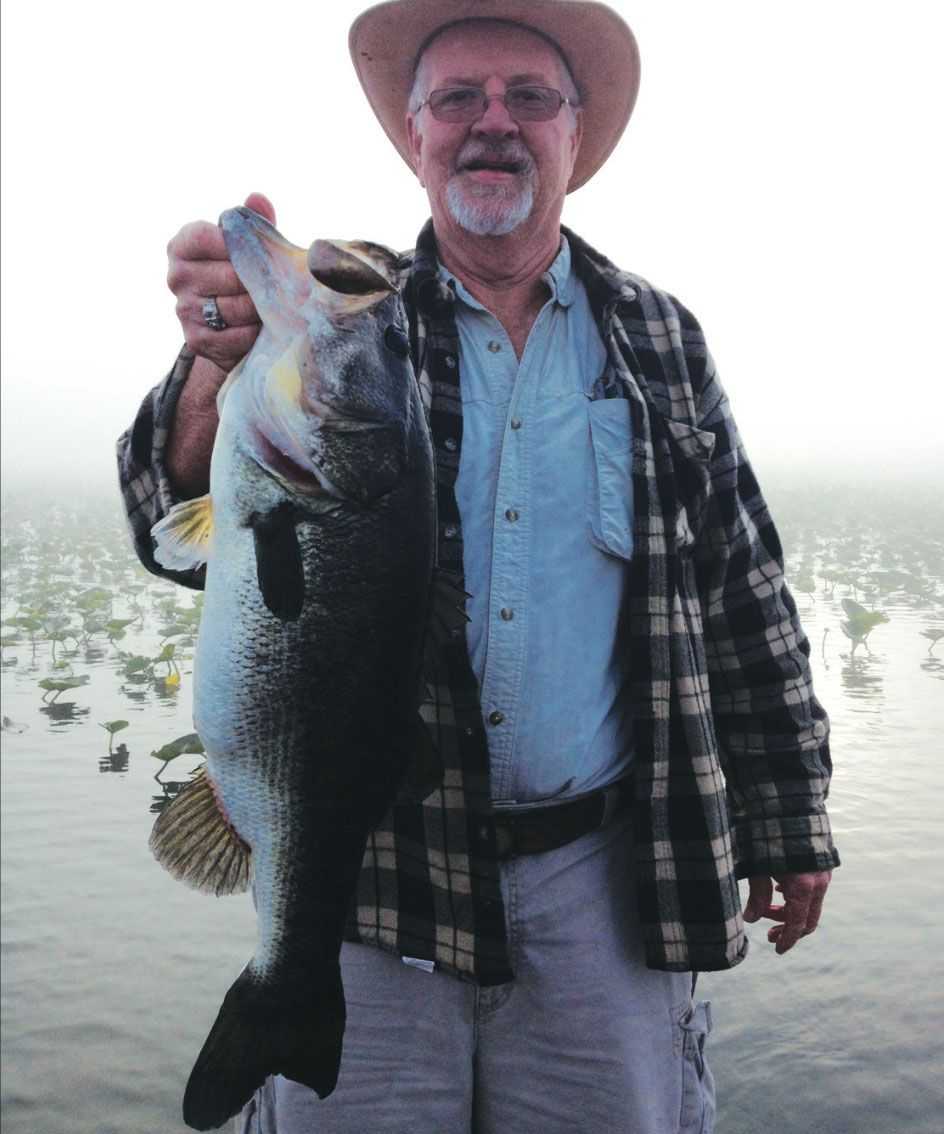 Lake Josephine is located between Sebring and Lake Placid, Florida. This shallow, swampy lake is actually three distinct bodies of water, connected by narrow channels with a surface area of 1,248 acres.

Lily pads are the predominate vegetation on Lake Josephine, which is extremely shallow in many areas, and big bass are commonly caught using plastic worms and topwater baits.

I don’t often get a chance to fish the lake, and due to its shallow water, it’s not one of my favorites. But it does have a healthy population of largemouth bass if you like fishing the lily pads and other vegetation.

Last year, I fished a club tournament with Jim Morgan and when we arrived at the lake it was so foggy we were unable to start until later in the morning when the fog cleared.

Jim worked the large bass back towards the boat as it tail-walked twice before I was able to slide the net under it and bring it on-board.

The bass weighed just over 8.8 pounds and although we both added a few more bass to the livewell by the end of the tournament, Jim won the big bass jackpot as well as the tournament.

The fish was released, alive and healthy, so if you get a chance and you want to try a different lake in the Highlands County area, you might want to give Lake Josephine a shot. I know there’s a least one big fish swimming around, and if there’s one, there’s likely to be many more.