Many of our northern friends who visit Highlands County over the winter look forward to fishing the shallow waters of Lake Istokpoga and Lake Okeechobee. But many feel more at home on Lake Placid and Lake June, because it reminds them more of the reservoirs they fish back home.

Lake June-In-Winter (the official name of the lake) is located on the west side of Lake Placid, Florida. Many of the folks in Lake Placid still remember its original name, Lake Stearns.

The 3,726 acre lake is kidney-shaped, with coves on the northeast and northwest areas. The north, south, and part of the east shoreline is lined with residential homes and many docks. The entire western shore is bordered by Lake June In Winter State Park. This park has trails and picnic areas with tables and a shelter. Fishermen using canoes and kayaks are allowed to launch their boats from this public area, as well as fish from shore.

There are two public boat ramps; H L Bishop Park, which is part of the Lake June Park Sports Complex, located on the south side of the northeast cove, has softball diamonds, picnic tables, a fishing dock and a swimming beach. The other boat ramp is located almost opposite the park on the north side of the same cove. 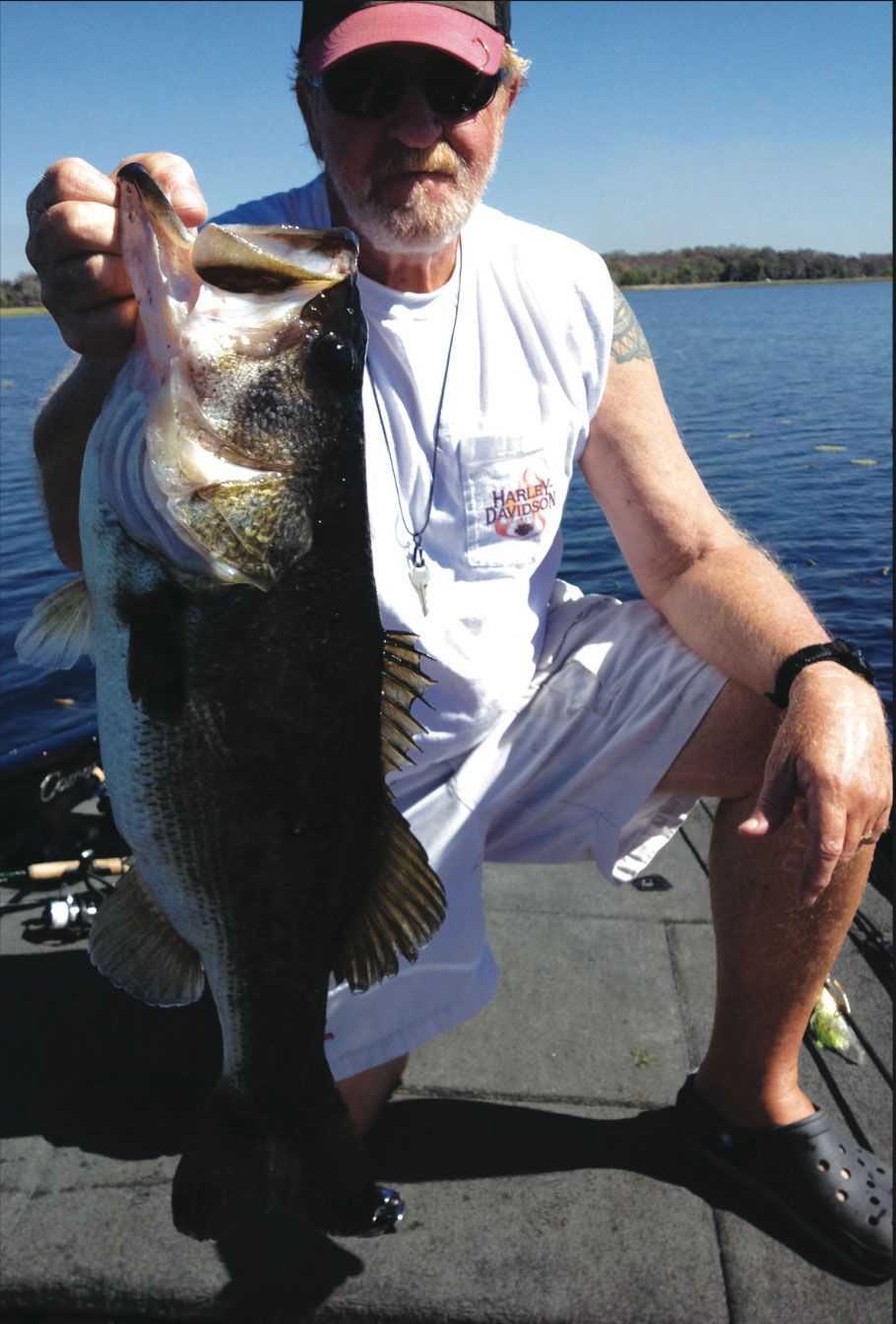 This is a great bass fishing as well as crappie lake and many fishermen enjoy “drop-shotting” plastic worms to the various underwater brushpiles and structure located in depths of 20 to 40 feet.

A number of bass tournaments are held on Lake June, particularly during the winter months with great results. With cold fronts coming through our area about every two to three days in the winter-time, cold fronts that shut down fishing on shallower lakes appears to have little to no impact on Lake June.

Years ago I fished a tournament on Lake June with a local bass fisherman named Dalton Hundhausen. It was early in the year and the bass had been spawning for some time but Dalton was well versed on finding big bass and had plenty of patience.

We pushed through the shallow grass fields, occasionally seeing an abandoned bed until finally, Dalton spotted a perfectly shaped “bowl” with a male bass aggressively defending it.

Somehow, he knew there was a big female nearby and as he held the boat in position, I flipped a Texas-rigged plastic worm into the center of the bed. Immediately, the male bass turned and attacked the bait, and at the same time, a large female moved slowly from her protected area into the open. I flipped the small bass into the boat, not wanting to take my eye off the female, removed the hook and quietly released him behind the boat.

The female had moved back into the cover of the grass, but we knew she was in there, so I dropped the bait again in the middle of the bed. Imparting an up and down motion to the plastic worm, we watched as she inched closer and finally struck the bait. I set the hook, and missed her.

Readjusting the worm, I dropped it in only to have the male viciously attack it for the second time and as I flipped the two pound bass into the boat, Dalton suggested we put him in the live-well until we catch the female, otherwise, he would just keep returning to the nest.

I was sure the female had been scared off, but Dalton was confident she would return. For the next 10 or 15 minutes, I flipped the plastic worm into the bed, jigged it up and down, only to retrieve it and try again. My patience was wearing thin, when finally; the female exploded from behind the grass and literally inhaled the bait as she savagely tore through the grass bed.
The fight was on! In the shallow, grassy flat she had few options, other than to take the fight to the air, which she did repeatedly. She was a magnificent fish, weighing over 11 pounds and measuring almost 27 inches.

Dalton’s patience paid off. Had it not been for him, I probably never would have found the fish, let alone had the patience to continue fishing after losing her on the initial strike.

Sight-fishing for bass in Lake June’s clear, shallow water can and often does produce some real wall-hangers during the spawning season. We snapped a couple pictures and released the female, as well as the male we’d been holding in the live well.

With any luck, another fisherman may enjoy the experience of catching her again.