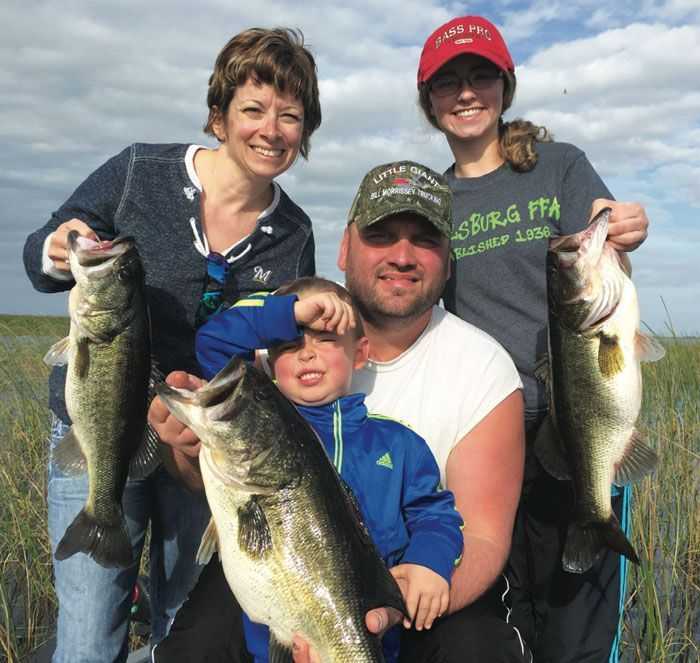 In spite of a very high water level which is a threat to the entire lake ecosystem, the Big “O” is still churning out large catches of bass daily. High water periods are tolerable around Lake Okeechobee, but only briefly.

When the water is allowed to stay at a higher than normal level for extended periods of time, it puts the native vegetation, primarily Kissimmee Grass, at great peril. Kissimmee Grass made a tremendous comeback during the extreme low water periods that occurred 7 or 8 years ago, but is gradually disappearing in many spots around the outer band of the lake due to high water. Were the water allowed to travel south as it is meant to, it would not be a problem. But since the COE deems it necessary for the overage of water in the lake to be released into the Caloosahatchee river, the level of the lake can’t be lowered efficiently enough to allow the lake and it’s vegetation to prosper and continue to grow. A simple spillway in the south end would solve the problem for both coasts and the health of the premiere bass fishery in the U.S.

Those anglers using wild shiners are catching big numbers of bass, as are some of the more proficient artificial bait anglers. The number of trophy sized fish in the 7 to 10 pound range being caught is much higher for live bait anglers using wild shiners and is on par with the last 4 to 5 years. Warm stable weather has allowed the water temperatures to stay in the 60’s to low 70’s which has kept the fish feeding daily. There have been a few days when the bite has been slower but overall it has been a very productive winter up to this date.

Anglers unfamiliar with shiner fishing are sometimes convinced that using live bait other than live wild golden shiners is effective. It is true that Pit shiners or domestic shiners will catch fish, but nowhere near as successfully as wild shiners. If you are going to spend your time and money shiner fishing make sure that your shiners are wild shiners. They have an innate sense of fear when around bass, that trigger reactionary strikes from fish like nothing you have seen before, whereas domestic or pit shiners do not possess that fear factor and are not nearly as hearty or lively. Live wild shiners can be purchased from numerous places around the north end of the lake for 16 to 17 dollars per dozen.

The hot spots around the lake at this time are many. The outside edges of Grassy Island are producing bass on senkos and chatter baits. Tin House Cove is holding fish both inside the grass line and on the outside edges. A top water bait worked slowly around the cover edges will draw strikes early. Horse Island is holding fish in and around the trails that cut through the Kissimmee Grass making it a productive area to fish when the wind is too strong to fish the outside edge. The Harney Pond area is holding loads of bass in the thick cover areas, eel grass and pepper grass abound in this area. Look for spots where several kinds of native cover merge, this often will create a bass hot spot. During this time of year a black 10 inch worm or a black/blue senko worked slowly through the cover will get you all the bites you can stand, patience and determination are key.