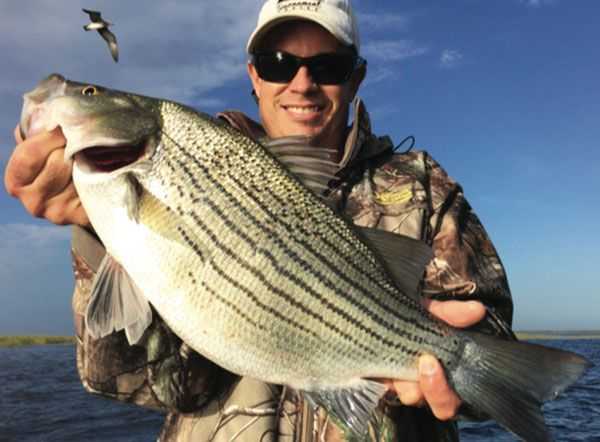 The water level in Lake Okeechobee is very high, the present 15.67-ft level is 12 to 13 inches higher than on this date day last year. The high water period seems to have affected the timing of the late fall bass bite that normally occurs in mid to late October and continues throughout the fall and winter seasons. The large trophy size bass did not show up in daily catches of local guides and other anglers until late November. As we approached the full moon this past week the large bass made their presence known, when anglers caught bass to 9lb 8oz along with numerous other fish in the 7 to 8 pound class. Catch rates rose dramatically as the full moon approached, with 40 to 60 bass per day being caught in addition to the trophy size bass. Shiners are the baithe water of choice for the bass that have just moved into the shallow grass lines as they feed heavily on shad and shiners during this pre-spawn period. Several of the bass caught this past week were very fat and their bellies were swollen with roe, whether they went ahead and completed spawning is anyone’s guess. In addition to largemouth there were a number of 4 to 5 lb Sunshine bass caught on shiners too, these fish are great table fare although somewhat difficult to hook due to the size of their mouth which is very small in relation to a largemouth, making the large wild shiners we use to catch largemouth difficult for them to inhale quickly. Patience is key if you suspect that Sunshine is attempting to eat your bait, they have a tricky way of grasping and then swimming toward the open water as they attempt to turn and swallow a shiner.

The tackle used for shiner fishing is somewhat basic, although the advent of high quality spinning reels, rods and braided line have been a game changer for some. Most old school guides used 25 to 30 lb monofilament line loaded onto a large spooled saltwater bait caster. The rod used then was more akin to a pool cue that a fishing rod, short and non-flexible rods make casting shiners other than very large ones very difficult, with backlashes being a regular occurrence. The modern day angler is using 40 to 65 lb braided Power Pro loaded onto a spinning reel that looks more like a piece of fine jewelry than a fishing reel. I have been using Halo fishing Reels and Rods since they became available 4 years ago. Preferring a medium to large series reel that will hold 150 to 200 yards of premium braided line insures that bass are not broke off in the