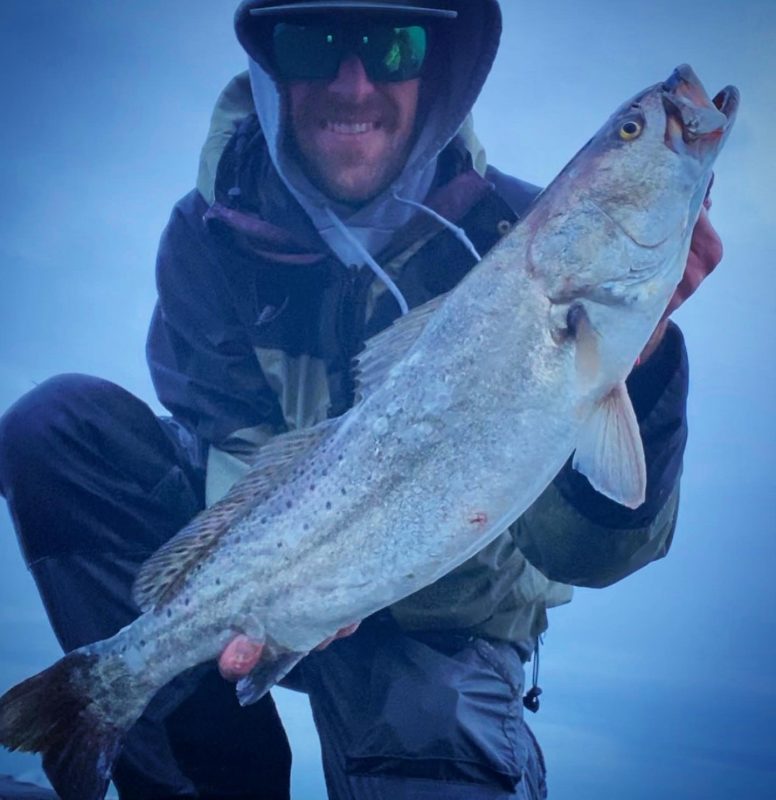 Cold and raining on a higher tide with waves crashing over the tip at the Murrells Inlet Jetty. I got there around 3 in the afternoon and had to be back by 5:50 to get out of the gate in time at Huntington beach state park that closes at 6. First 3 cast I caught a 21” a 20” and a 24”. Then I didn’t catch another one until 4:30 which was another 21”. The sun began to set and I tried a new part of the jetty I never spent much attention to. Honestly the reason I even casted on that part was because the tide was up and I couldn’t fish where I normally do. I told myself 3 more cast left, straight, and to the right. Sure enough last cast I got smoked on bass lure i’ve been using a lot and having a lot of success with. I thought I had foul hooked something or thought it was a drum. It was a lot of hard tugs but the fish stayed down and did not act like a trout normally would. Finally it rose to the surface where I could see it’s beautiful specks down its back. I’ve lost some pretty big ones this year so I remembered to stay calm and keep trying to keep it from throwing the treble hooks. My net was behind me and it was to risky to try and get, without losing another gator. A wave came through and set this massive trout on a dry rock next to me. I pounced on it grabbed it around the gills with both hands and put her on the measuring board at 27”.