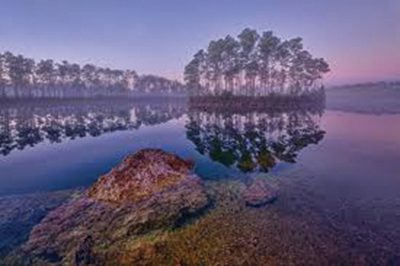 The third weekend in September in Islamorada means one thing: A return of the devoted fans of one of the most venerated, competitive and social events of the year: The 22nd annual Herman Lucerne Memorial Backcountry Championships.

Founded in 1989 by Dr. Lloyd Wruble to honor his friend, the late Everglades pioneer Herman Lucerne, the Herman Lucerne Backcountry Championships has become one of the most celebrated tournaments in the Florida Keys, attracting anglers from around the world as they pursue the seven species of this unique two-day event.

The tournament raises awareness and funding toward the HLM Foundation’s mission of preserving, protecting, supporting, and enhancing the angler experiences of the Everglades and Florida Bay. And this unique event serves as the centerpiece of an integrated effort to help spread the word about both the challenges these resources face, and the solutions that concerned anglers can help support.

Working in concert with organizations such as Captains for Clean Water and Bonefish and Tarpon Trust, and with the support of partners such as Costa, Hell’s Bay Boatworks, Yeti, and Columbia, the Herman Lucerne Memorial Foundation is committed to helping bring about the long-term solutions to the conservation and water management issues that threaten the Everglades and Florida Bay.

Hosted at the Islander Resort in Islamorada, the Herman Lucerne Memorial Backcountry Championships begins with a Cocktail reception, Captain’s Meeting and Silent Auction on Friday, September 17, 2021. At first light the next morning, 100 anglers will leave the Lorelei in Islamorada or Flamingo to traverse the narrow banks and mangrove creeks deep into the Everglades backcountry with the unique challenge of catching one each of Bonefish, Tarpon, Snook, Redfish, Black Drum, Sea Trout and Grey Snapper in pursuit of one of the most challenging awards in all tournaments- The Herman Lucerne Memorial Grand Championship.

Fishing within the confines of Everglades National Park, they will compete in 22 categories, including Youth and Female angler awards, Guided and Unguided, Fly and Artificial, as well as the largest of each species.

For the last 22 years, the Herman Lucerne Memorial Backcountry Championships have been the gold standard for inshore tournaments in the Florida Keys, providing a rich opportunity for anglers, guides and their families to experience the magic of Everglades National Park. And with its mission, it will provide this experience to eager anglers for the generations to come.