In a proactive move to help conserve marlin populations and enhance the sport, the tournament committee for the Mississippi Gulf Coast Billfish Classic today announced it is raising the minimum length to boat a qualifying blue marlin to 110 inches for the 2019 tournament. That measurement is from the lower jaw to the fork of the tail. Blue marlin exceeding that minimum will average 500 pounds or heavier. Entrants release fish shorter than 110 inches and score points in the competitive Release Division. This also include white marlin, sailfish and spearfish. 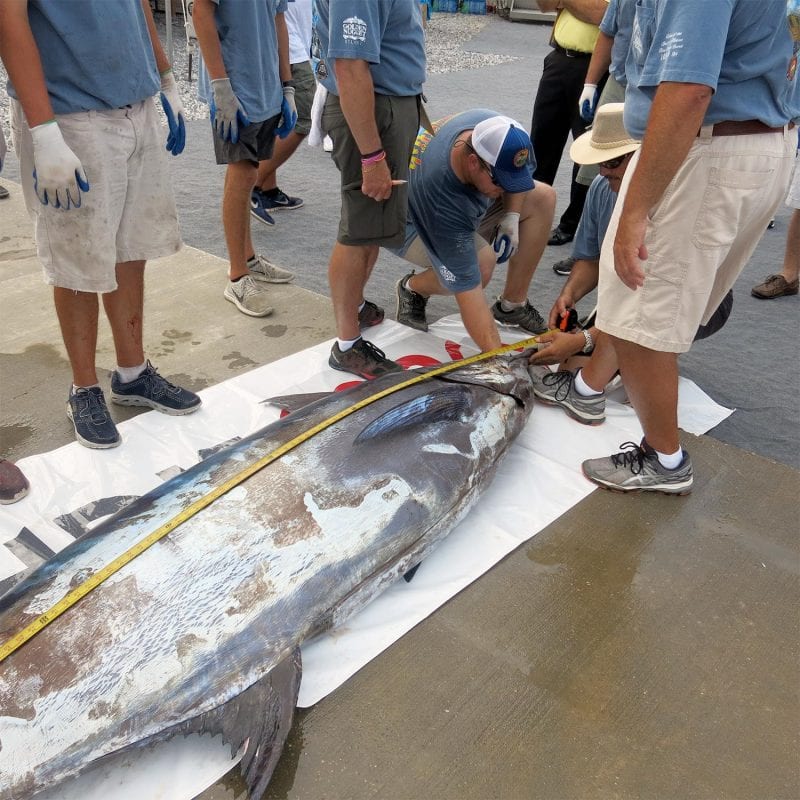 “Other events wait to see what we’re going to do and the Classic tournament committee felt raising the minimum length to 110 inches next year was a positive step for the resource and the sport of big-game fishing,” Tournament Director Bobby Carter said. “We have a long history of setting records and this new policy re-confirms our commitment to conservation and a quality fishery.”

The 2018 MGCBC, celebrating 22 years, had 117 boats competing for nearly $2.2 million in prize money. Reel Addiction was the top boat with a blue weighing 796.9 pounds, worth a payout of $405,705. The top three release teams (Relentless Pursuit, Done Deal and Money Shot, respectively) earned nearly $411,000 for releasing their billfish.

This year’s event also featured a new state record dolphin catch. Alma-Ann boated a 57.2-pound bull to earn that distinction. The Classic has set numerous records throughout its history. This including the biggest blue marlin ever landed in the Gulf, a 1,054.6-pound grander captured aboard Sea Wolff in 2002. MGCBC has also established state records for blue marlin (twice in 1997), bluefin tuna (1999), yellowfin tuna (2001), bigeye tuna (2011) and swordfish (2017).

“We have a tremendous fishery here in the central Gulf of Mexico. We want to keep it that way for now and future generations,” explains Tournament Coordinator Bert Merritt. “With the increased range of today’s sport-fishing yachts, sophisticated electronics and refined techniques like live-baiting, raising the minimum length will help ensure we only weigh true trophy fish and will add to the excitement and prize money for release. This isn’t an arbitrary decision. We have more than two decades of detailed catch data to base this on. That’s why we’re raising the minimum length. We also have some other rule changes to enhance sportsmanship and competition that we’ll be announcing soon. Our teams expect a world-class event. We’re going to add a few more wrinkles next year to make it even more exciting.”

The 2019 MGCBC will be held June 3-9 at the host Golden Nugget Casino & Hotel/Point Cadet Marina in Biloxi, Mississippi. To enter or learn more about the Billfish Classic rules and tournament history, please visit www.mgcbc.com or through social media (FaceBook, Instagram, Twitter).