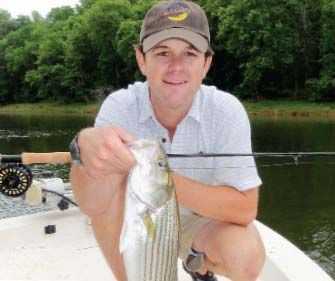 Some people have bucket lists for species of fish they target, exotic fishing destinations, or maybe they desire to fish with a celebrity or world-class angler. I was able to fill my bucket with a story that I will never forget, nor am able to, due to the camera onboard and a subsequent television show that captured the moment.

Fast forward to September 2011 and my story continues. I had the pleasure of fishing with Hall of Fame fisherman Larry Dahlberg. Larry was in town to do some filming on the newly developed musky fishery on Melton Hill Reservoir. After four days of dodging thunderstorms and putting some nice muskies in the boat, we had all the footage necessary for a quality musky show. While out on the water early in the week, a buddy of mine called and asked if I had seen the weather forecast. He mentioned tropical storm Lee was approaching the area and I immediately thought of Ivan in 2004. My friend asked if we were going to spend the day indoors and cut our filming short. I said even though the weather forecast seemed grim, this could be the best possible scenario for some serious action. I told Larry we’d have a really good chance at landing some stripers if we timed it right so we decided to chase stripers for a few hours before he caught his flight back to Minnesota. 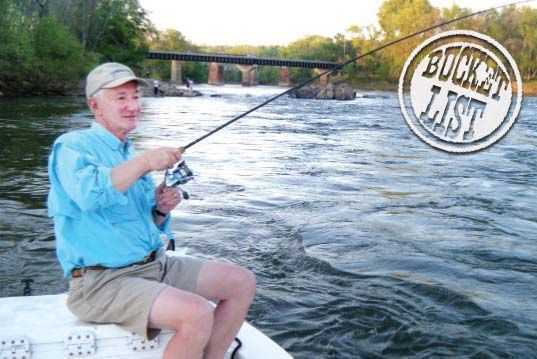 On Labor Day, September 5, 2011, more than five inches of rain fell. This amount of rain flooded the downstream creeks and pushed a lot of the bait out of these creeks. On September the 6th we began the day right up against the dam because of the muddy conditions downstream. Larry quickly caught some nice stripers but the action did not seem comparable to what we saw in 2004. We noticed large amounts of bait right up against the dam but nothing seemed to be moving. It was still lightly raining but we noticed the weather was going to clear within the hour. We moved downstream to check out other locations. We noticed the creeks downstream were running extremely high and muddy and, with no signs of fish, we went back up to the dam to see if we could put a fish or two in the boat before we had to leave. As soon as we got to the dam wall I picked up one of Larry’s swimbaits and made a cast into the discharging water. After three cranks of the reel, I felt something turn on my bait and immediately noticed three 30-pound class stripers chasing my bait. This cast was the beginning of a fishing experience I will never forget. By this time the skies had cleared, the main low pressure system had moved directly over Tennessee and the fish went wild. Every other cast resulted in a 20- to 30-pound striper. In about two hours, we caught over 30 fish, all in the same 20- to 30-pound class with several doubles and triples, all by using artificial lures. We were unhooking the fish as fast as we could just to make another cast. The beauty of this experience is that we were the only boat on the water that day and we had the place and all of those fish to ourselves. Larry was able to put that video together and make a whole separate episode from a single two hour adventure. 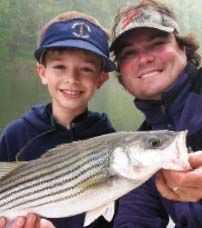 Looking back at the scenario it makes perfect sense. Due to the heavy rains, the bait fish in the creeks were flushed out of the extremely muddy waters. The stripers had pushed this bait upstream as far as they could go. When the rain ceased and the sun came out, the pressure had begun to drop and this really started the feeding frenzy. Looking at the paths of the low pressure systems associated with these storms they are all very similar to one another. It pays to pay close attention to the weather forecast and the next time one of these systems comes through Tennessee, it will be a wise decision to get out the raingear and go hit the Melton Hill tailwater.